So last weekend I headed to Tokyo for the long weekend. I added one extra day of nennkyu and met up with my bf on the Thursday night at Narita. We stayed at someones apartment through Air BnB. It was an awesome choice! The place got a great review and it was incredible. Located minutes walk from Kasai station - which is about a 15 minute bus ride directly to Disney Land and Disney Sea. The apartment was owned by a really chill guy who works at a hotel as his career - so our room came with a travelling guide, water, towels, toothbrushed etc. It was awesome! Super convenient and cheap too. A win win for what could have otherwise been expensive or inconvenient. We had planned to go to Disneyland for a long time, even though we heard horror stories about endless crowds and lineups. One of my worst days in Japan was at Universal Studios where I got on two rides in 10 hours and the highlight was eating at TGI Fridays outside of the park (although I did meet Elmo!)
Still we figured it would be a really fun memory and fun no matter what. On a scale of 1-10 I would rank USJ as a 3 and I would rank Disney as a 10!! We got to the park right when the doors opened and had printed off our tickets so we could breeze in. We managed to hit around 14 rides the first day, we ate a fancy dinner at the Blue Bayou restaurant and we watched some fireworks. It was fantastic. The longest lineup was just over an hour and the shortest was around 10 minutes - not unlike the California Disney I am used to. One really cute aspect of Tokyo Disney is that everyone carries around the Disney bear, Duffy. Duffy is so popular that there are spots marked around the park where visitors are encouraged to photograph themselves with their Duffy bear. Duffy was originally introduced in California Disney and was a total flop, so was sold off to Tokyo where, of course, the kawaii factor of a fluffy bear took over and became an instant sensation. Around 50% of the park had a Duffy something hanging off themselves, including lots of adults! It was pretty adorable. Another quirk of the Tokyo parks is the popcorn. There are tons of flavors and most people carry it around their necks in character containers. The lineups were atrocious but Dan and I gave in when we saw the milk tea flavor! 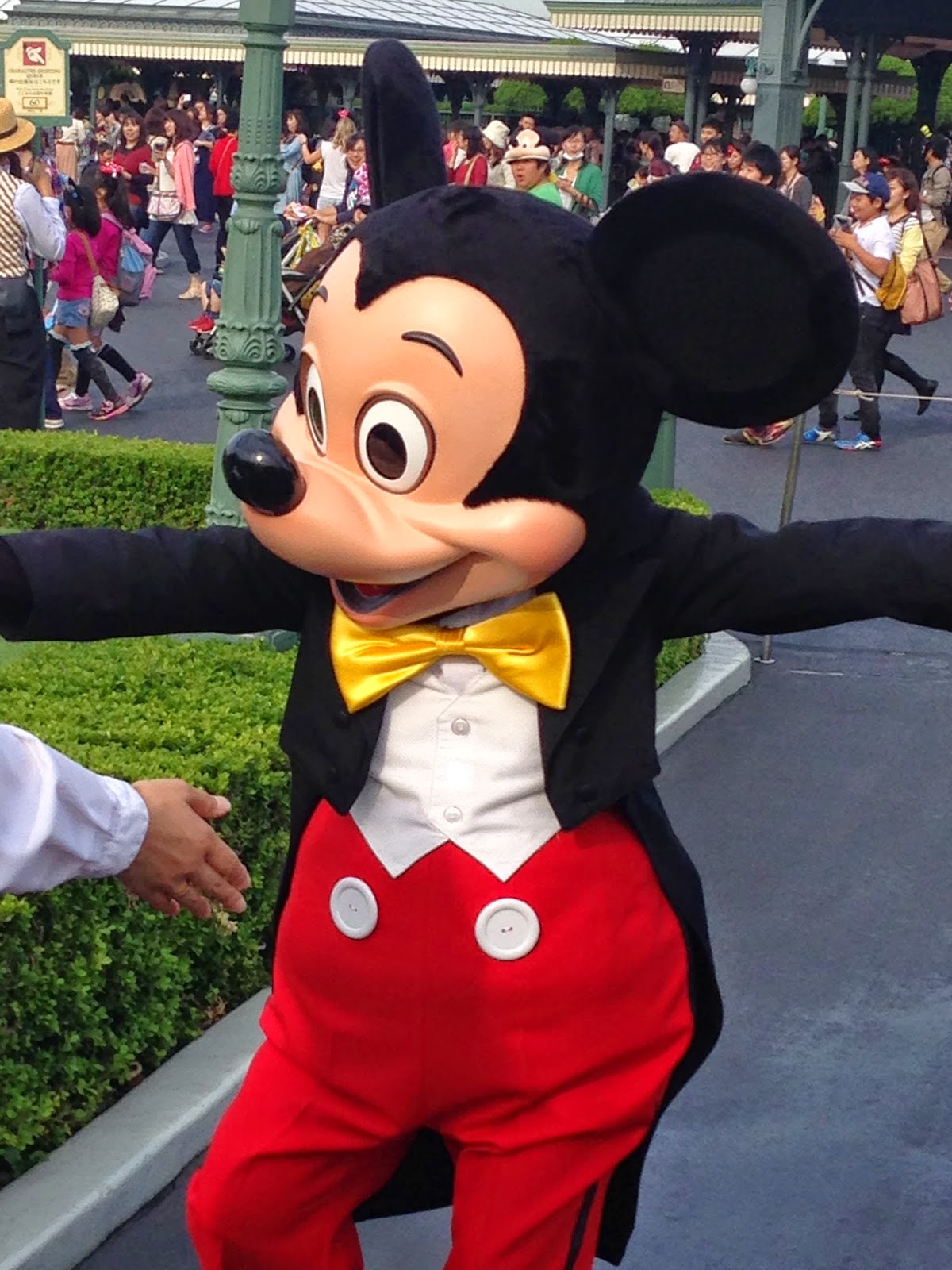 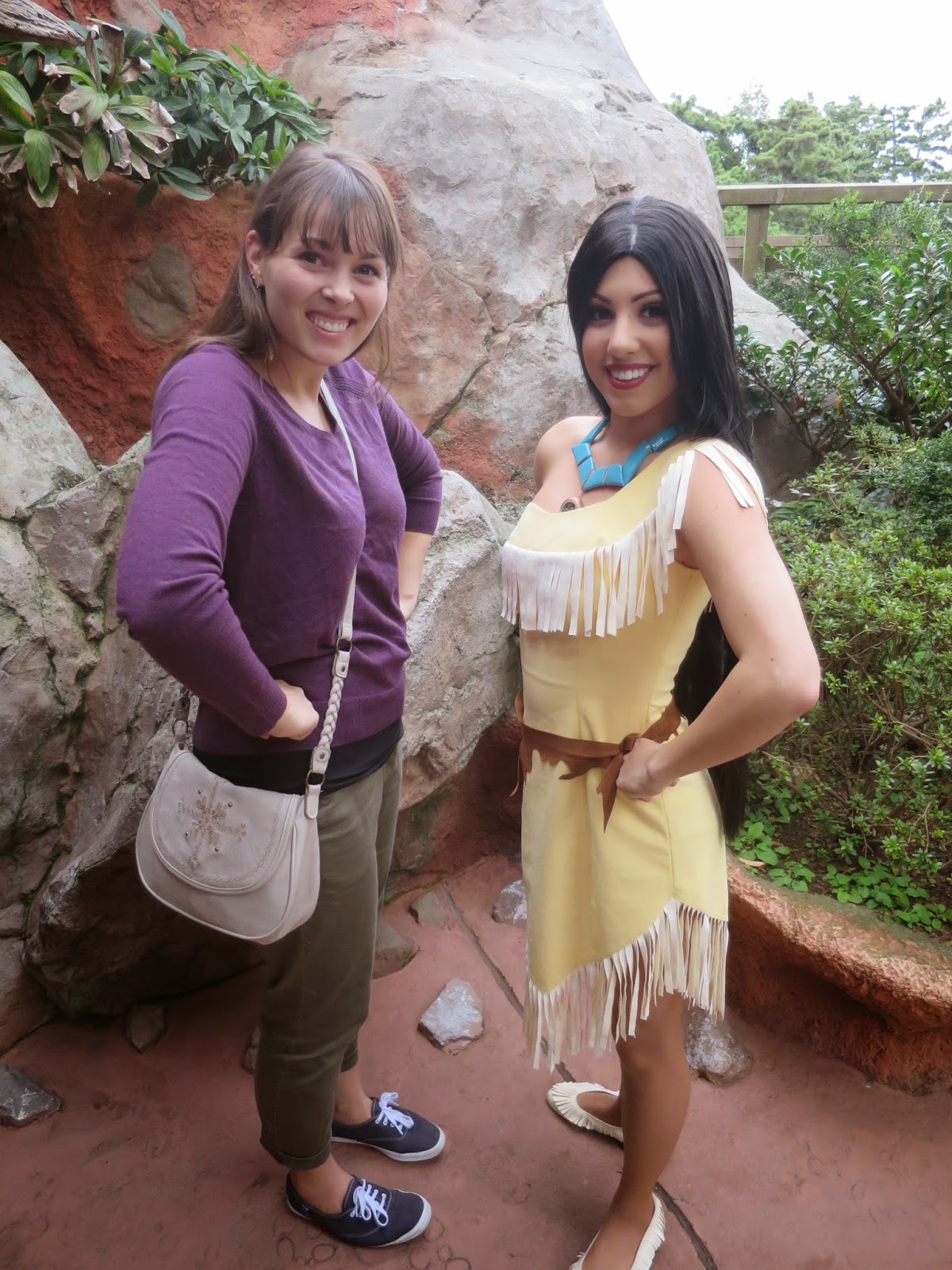 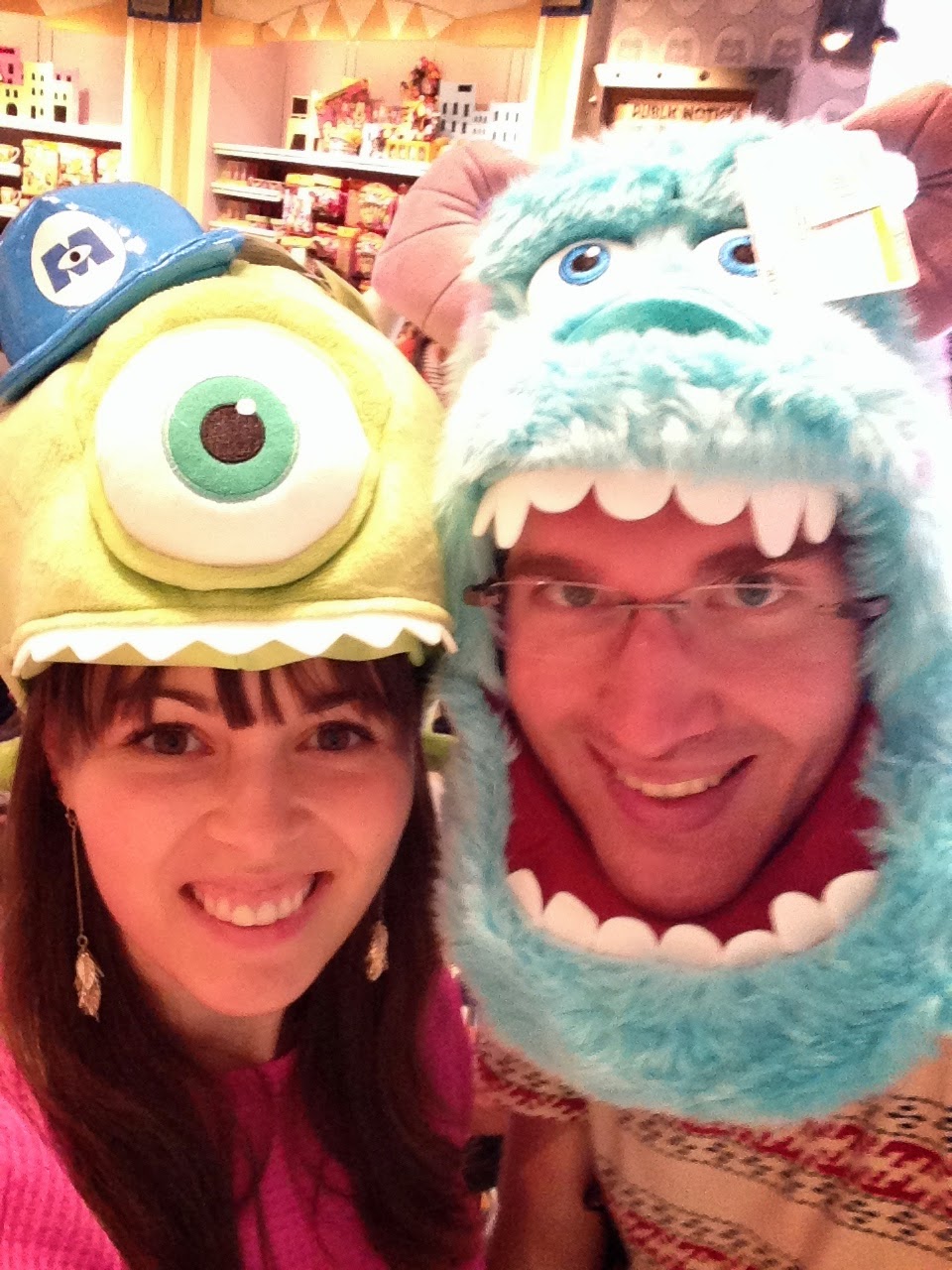 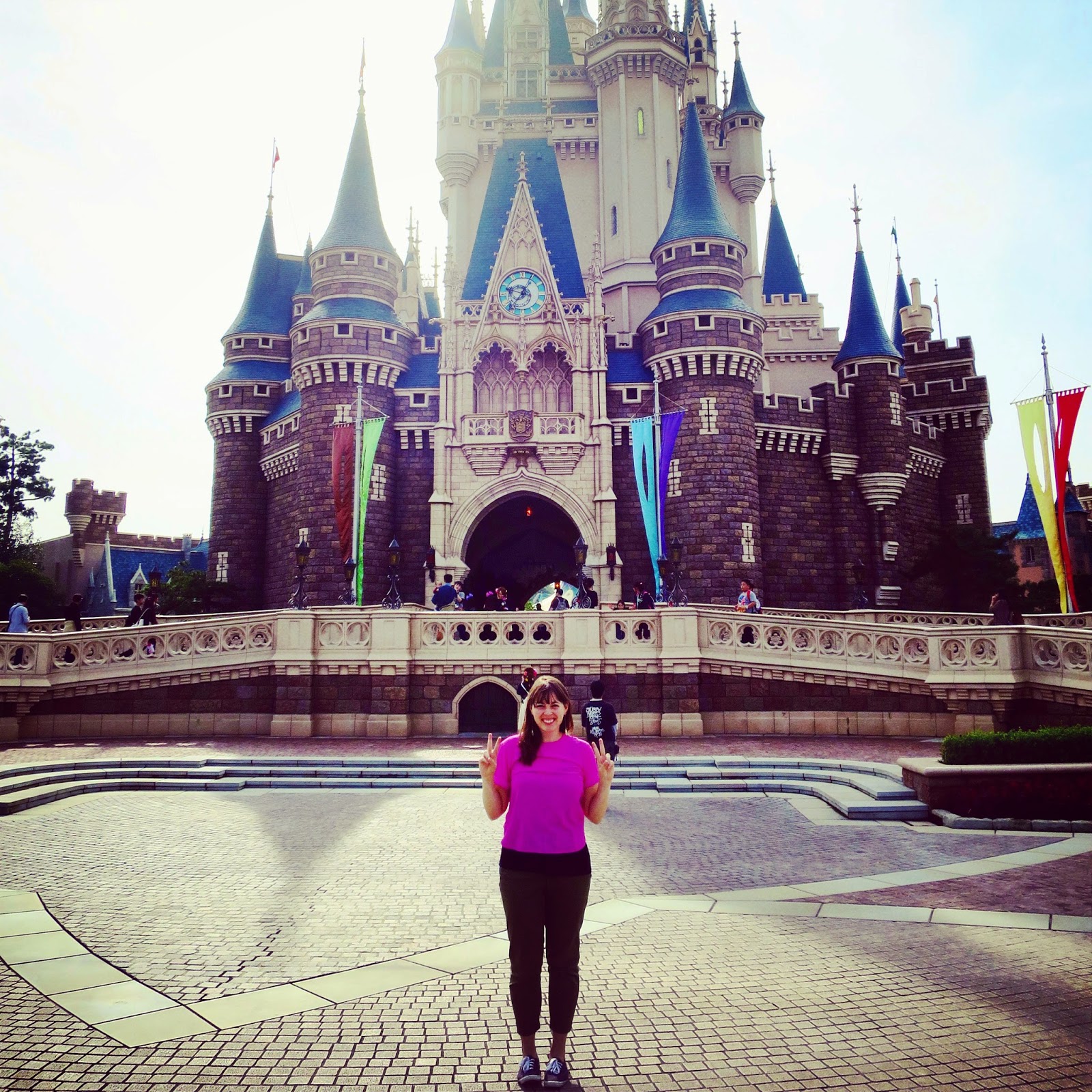 Our second day we headed to DisneySea which is a separate  park. It was a different vibe with more thrill rides, and beer!! We noticed the difference right away when the gates opened with people literally running to get fast passes for rides. The  lineups at DisneySea were slightly longer than DisneyLand, however we took advantage of fastpasses and we also chose to do single rider a few times. That meant whizzing through the line and then just, of course, riding alone. It was a small price to pay to ensure we had time to enjoy doing other things together. One of the highlights was watching a cirque de soleil type show with a jungle theme. It was in a giant theater and was a nice relaxing change to the crazyness that is Disney. We found Mexican food to eat too, and enjoyed beer which was great. It was a fabulous day. My favorite ride was Journey to the Center of the Earth because it has a fun twist at the end, but the Tower of Terror was equally exciting and we started and ended our day with it! 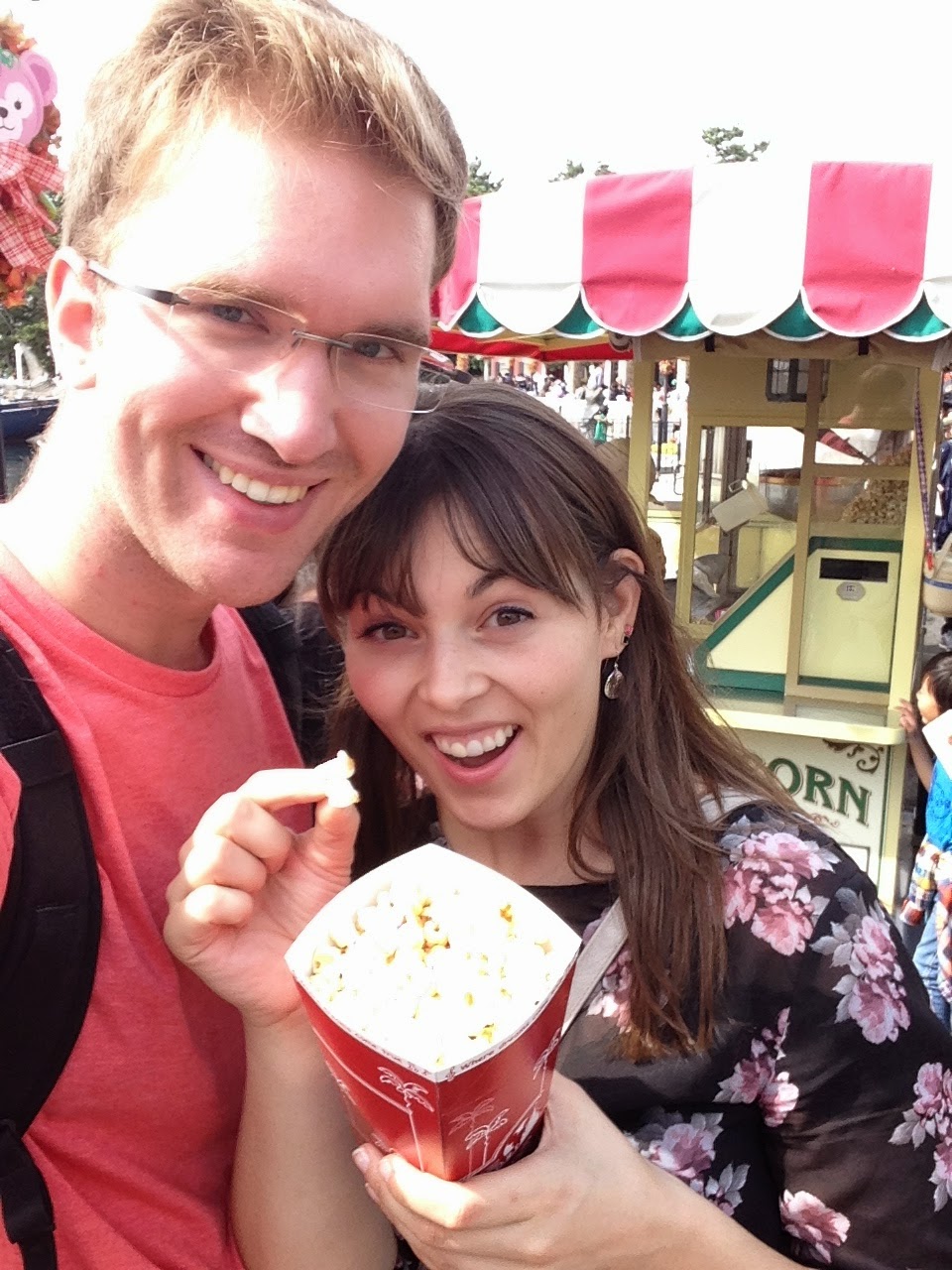 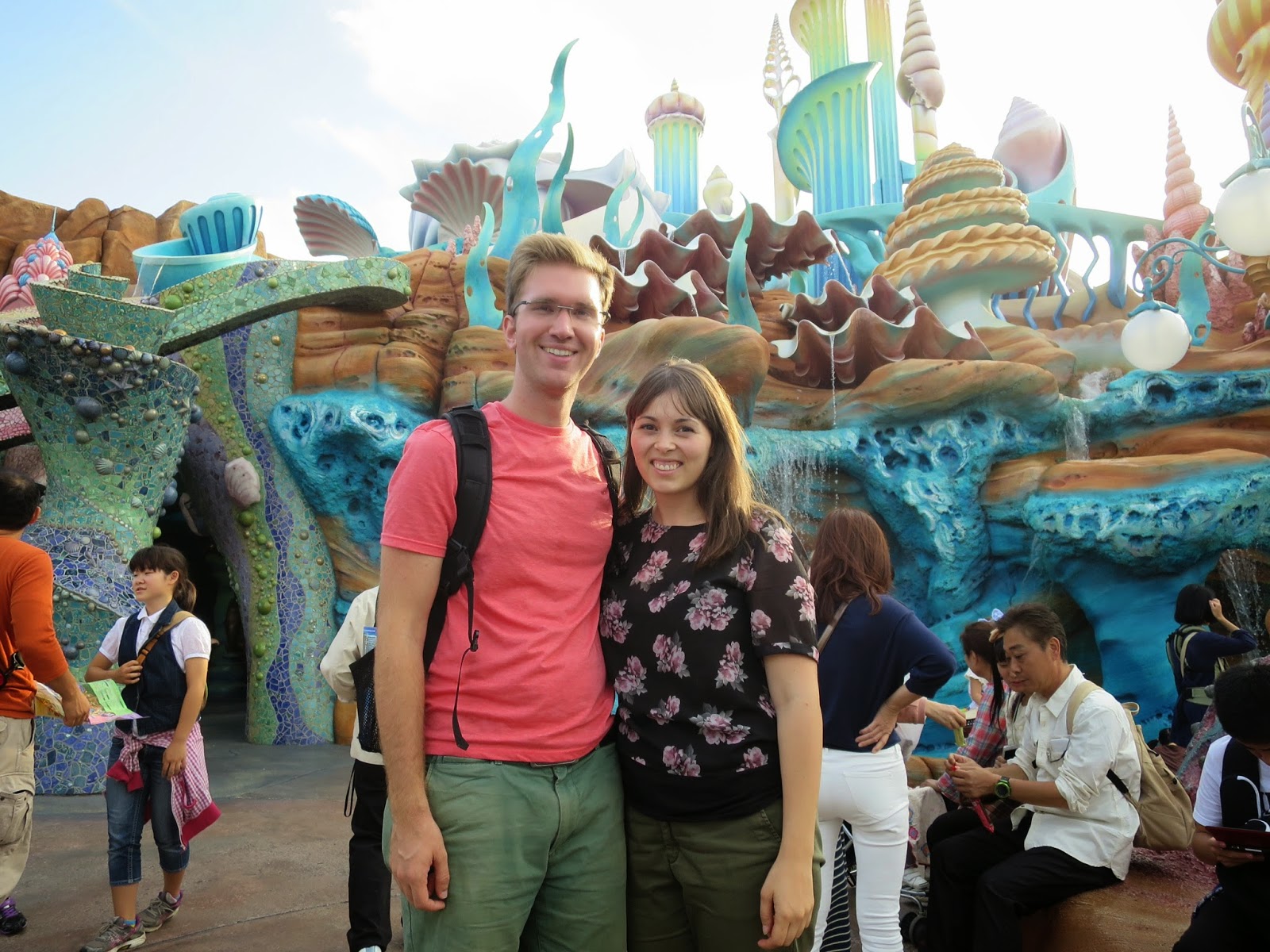 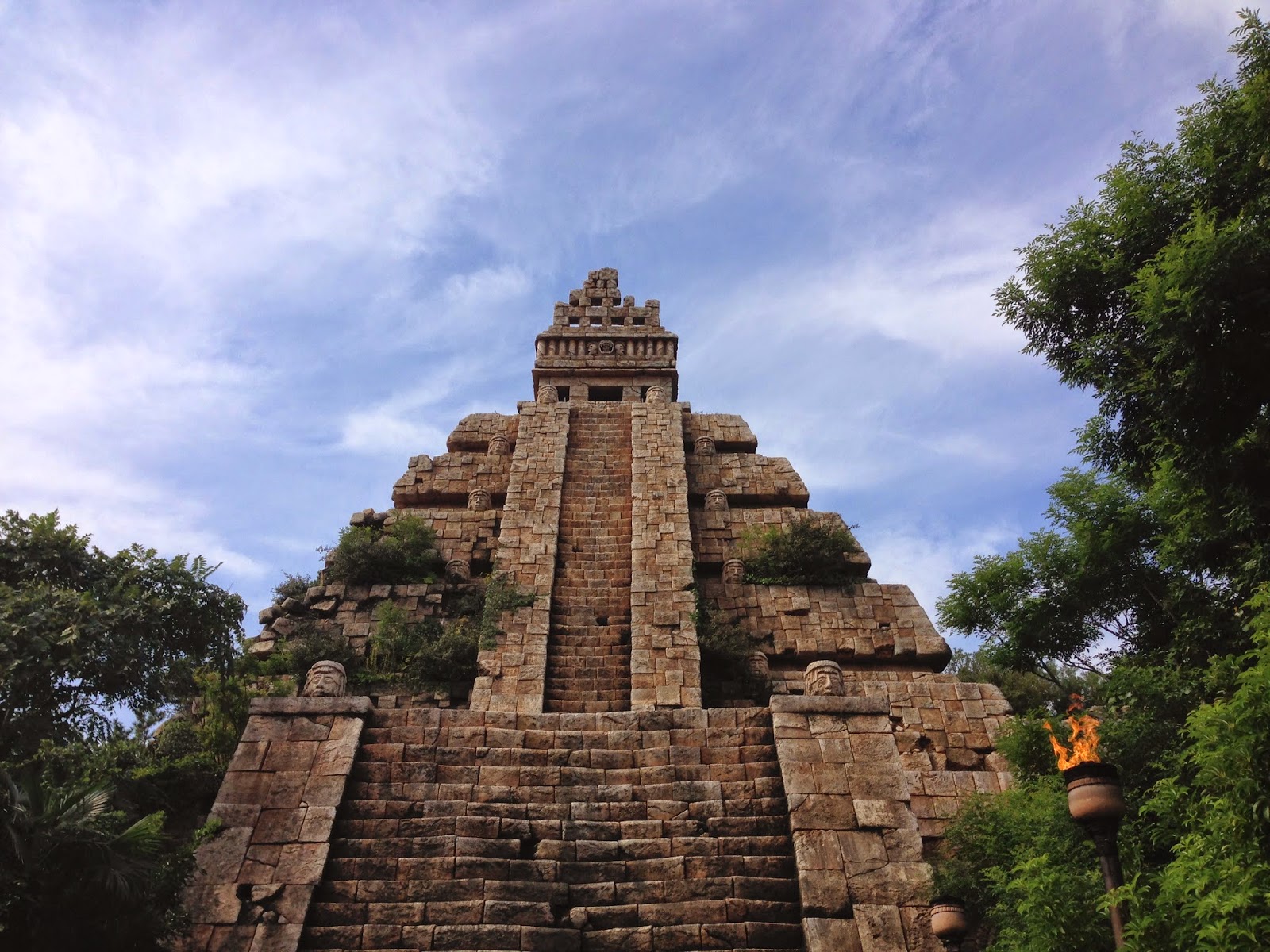 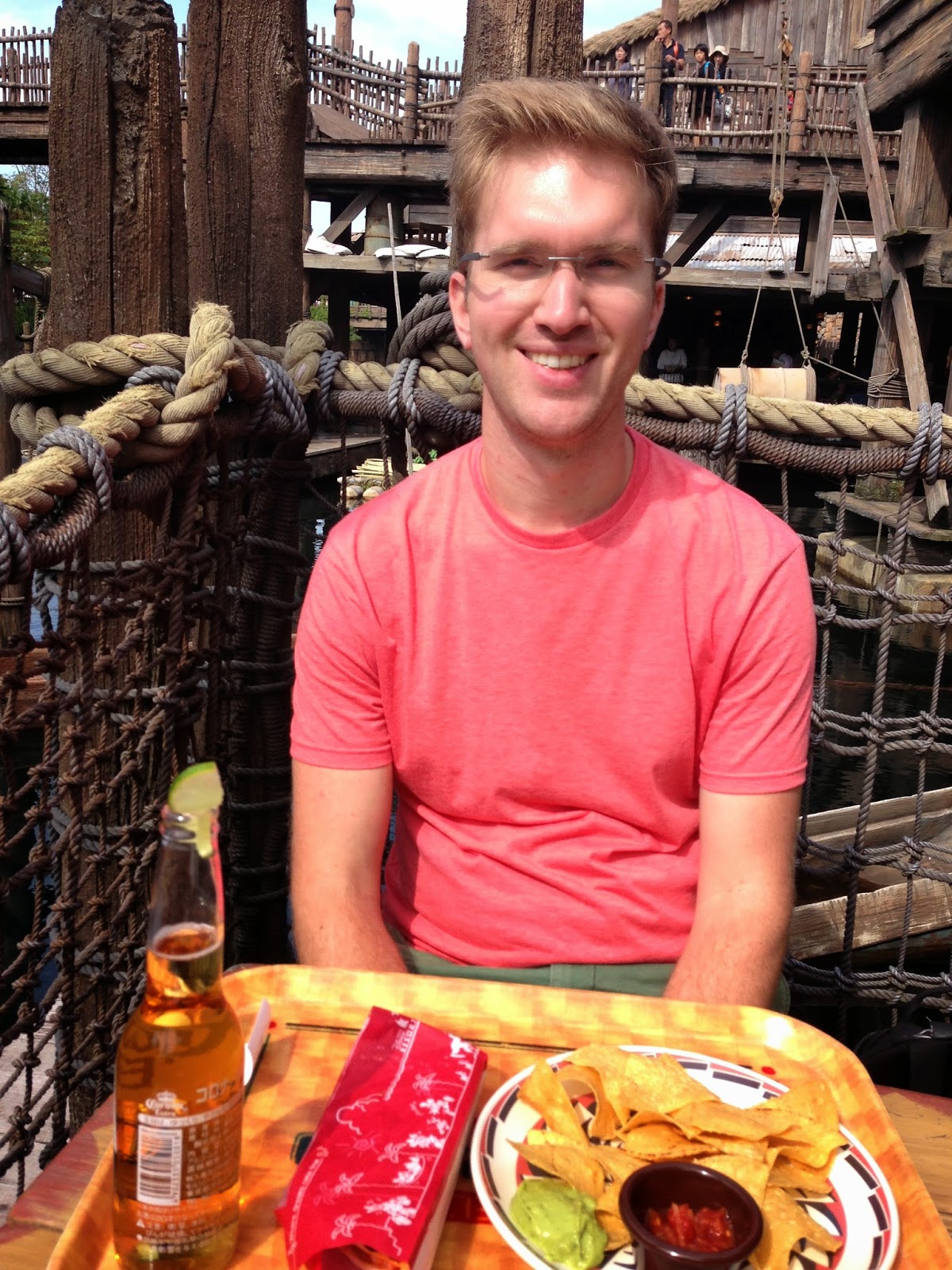 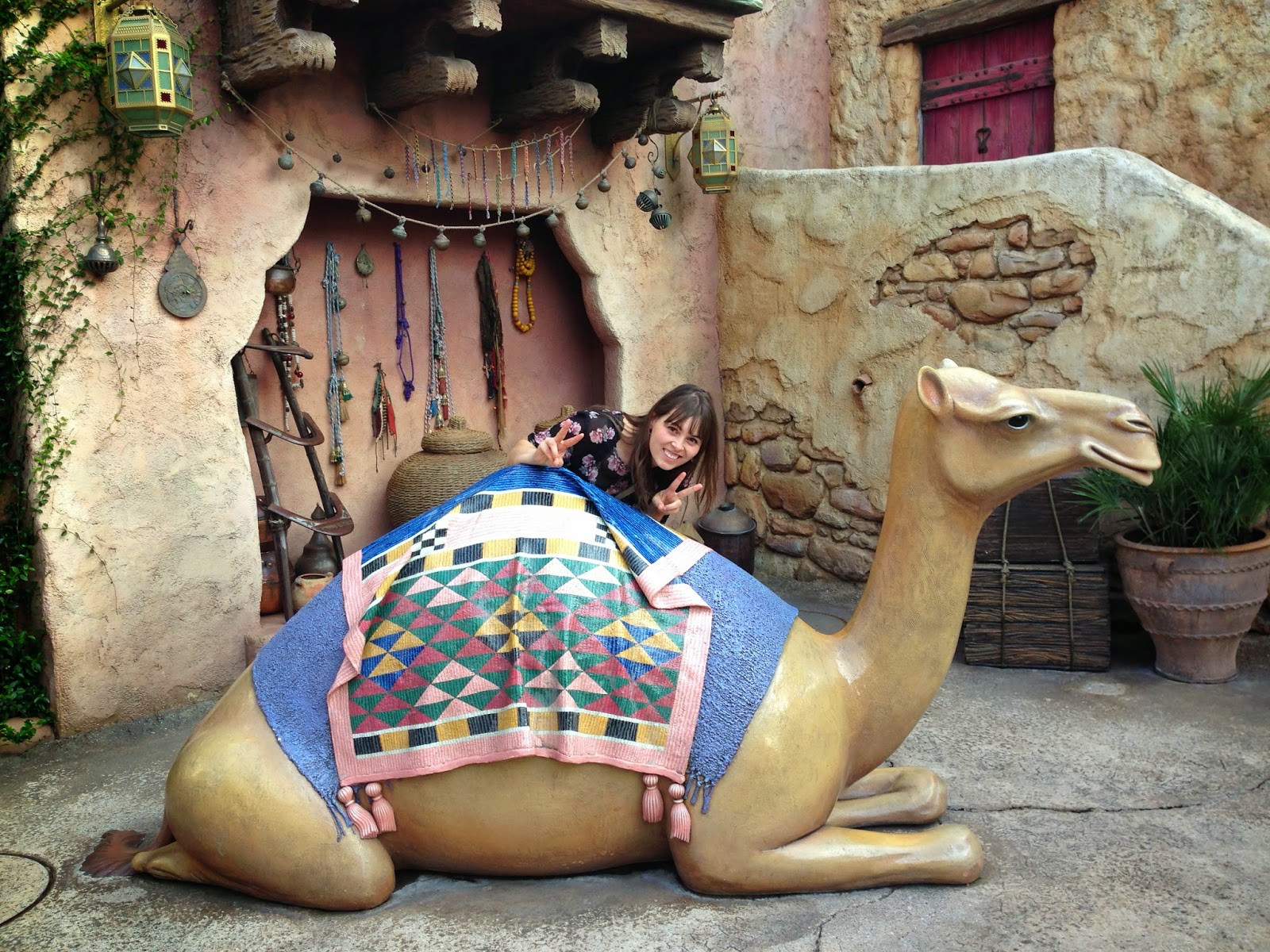 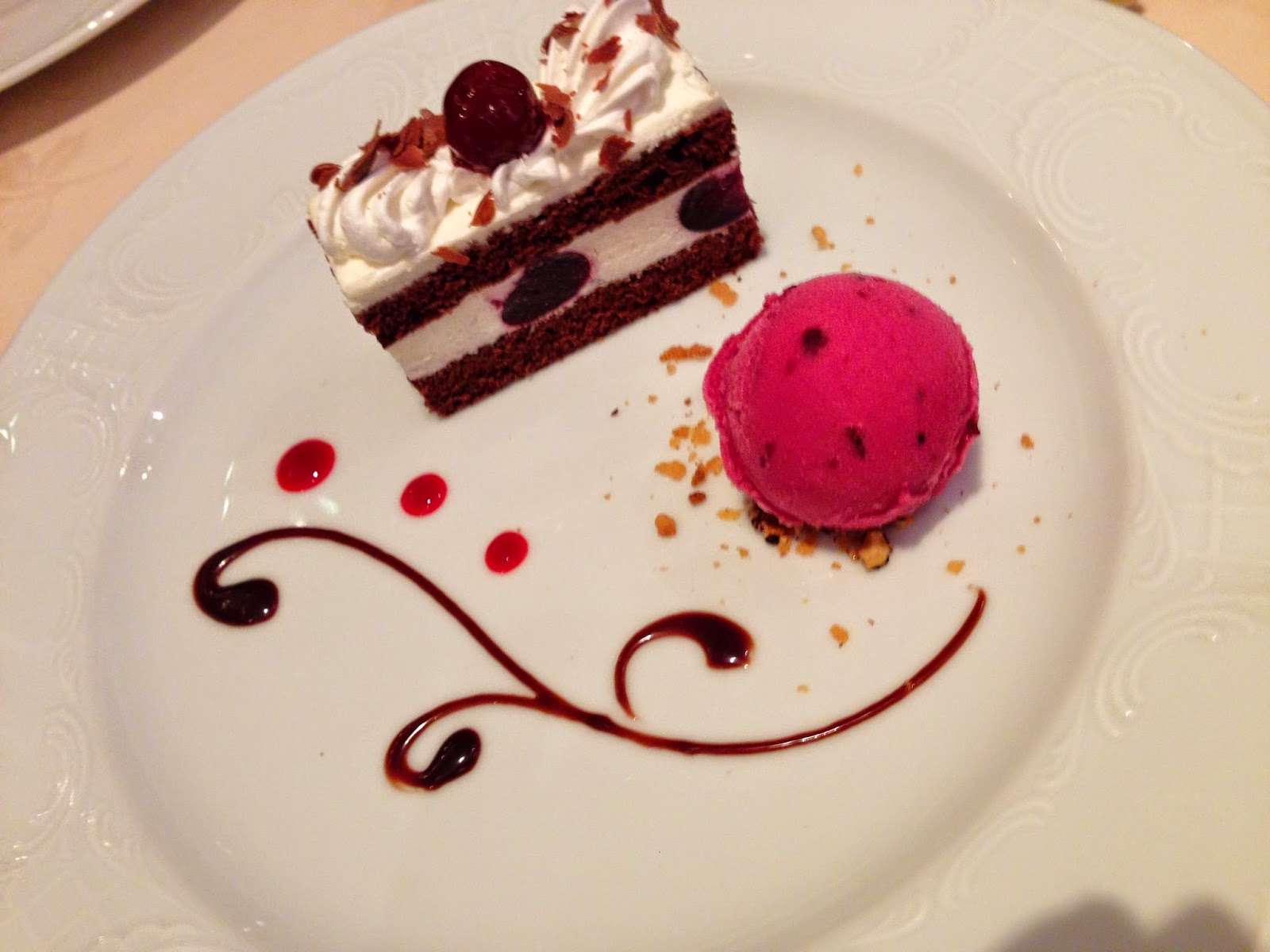 After our two days at Disney we decided to spend our last full day just enjoying Tokyo. We headed to Shinjuku first and enjoyed walking around, getting purikura and playing taiko. We also stumbled across Menchies! I absolutely love Menchies and was pretty stoked to introduce Dan to the magical wonders of Menchies! I was shocked to see it but super stoked as it has been about 1 and a half years since my last Menchies experience. We shopped a bit and went down a busy street in Harajuku, and then we came to Ometesando Koffee, which is the most famed coffee shop in Tokyo. It is a bit out of the way and is literally just a tatami room, a coffee bar and one barista. Dan really enjoyed his machiatto though and thinks it was one of the best coffee's he has had. For lunch we found a legit German restaurant and enjoyed sauerkraut, sausage, beer and even Black Forest cake. It was great! We tried to go and see a film but Tokyo was packed due to the long weekend so we ended our night chatting and drinking at an izakaya. It was a fantastic weekend. A major typhoon was headed our way but we both managed to fly home safely the next morning which was a relief. Although it was a tad expensive it was a really fun experience and we both agreed that Disney might happen again before our contracts expire :) 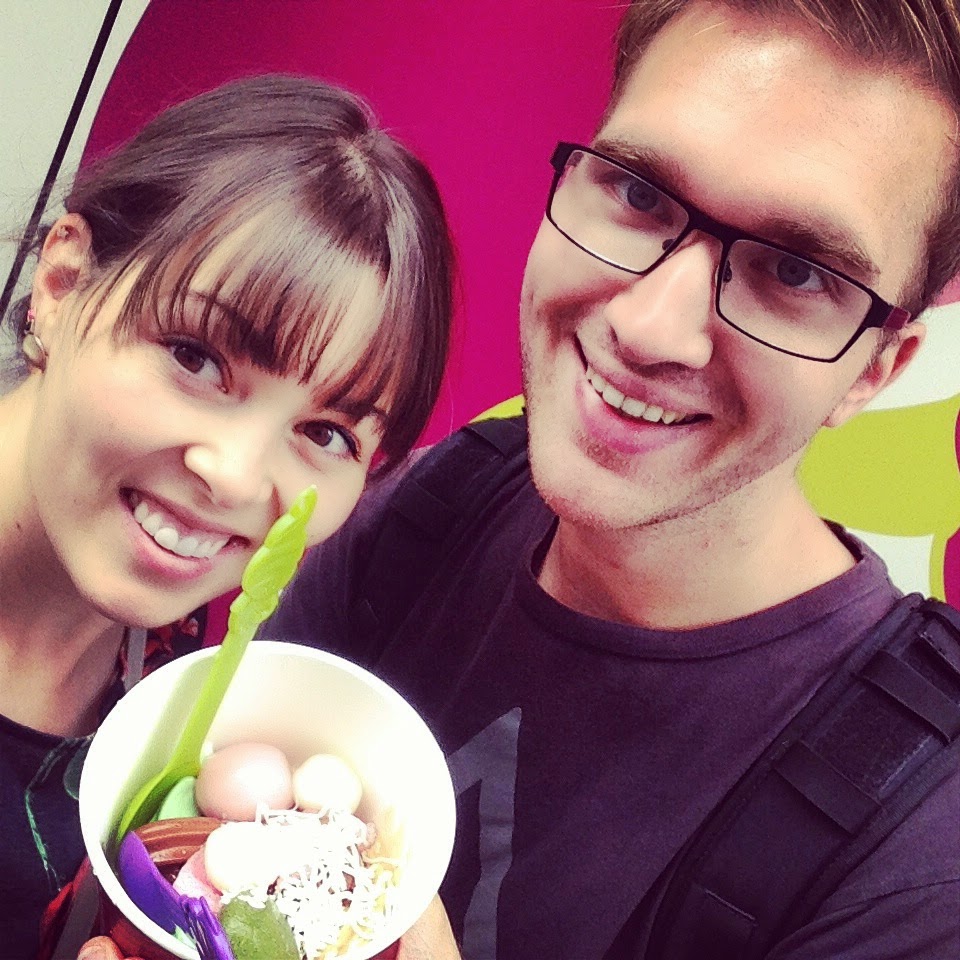 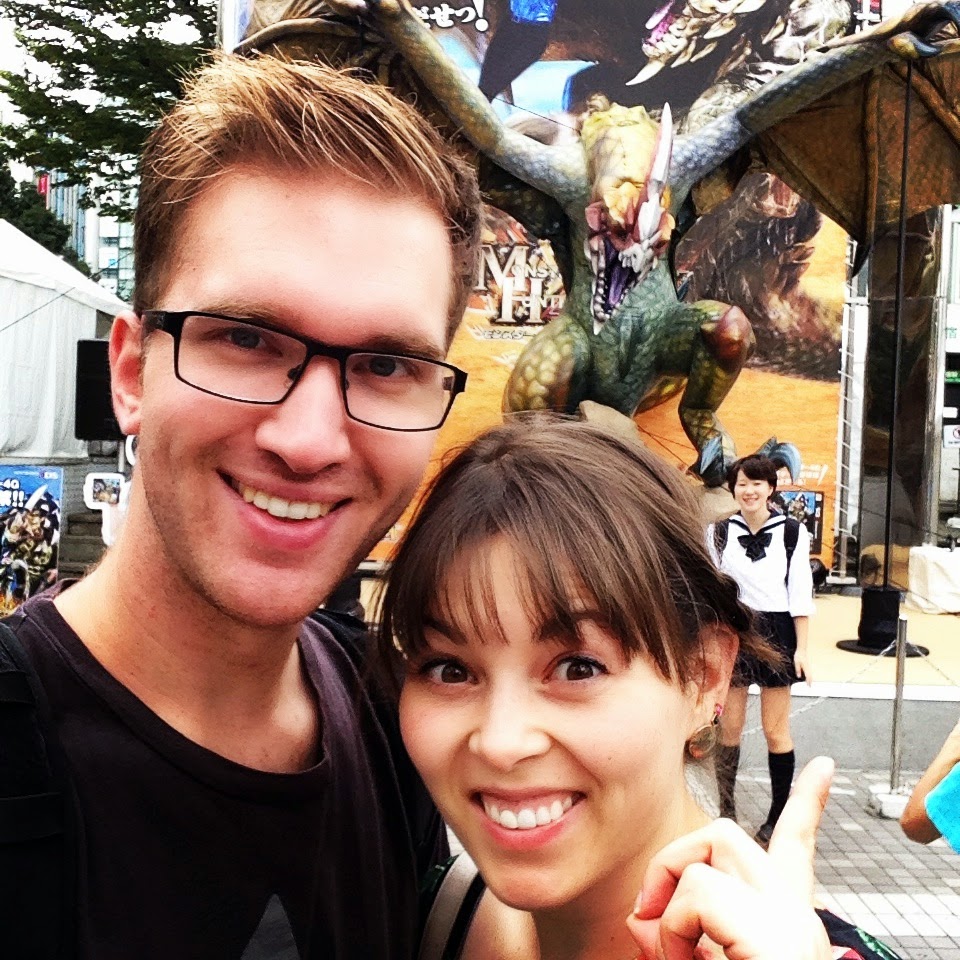