久しぶり - That time my famjam came to Japan!


My parents came for the two week spring vacation here. Teachers in Japan work during holidays, so I would have been stuck in the office but I took some of my paid leave and enjoyed travelling around my prefecture and in Kyoto and Tokyo with them. My older brother Kyle was able to join us in Tokyo and then came back to Tottori with me for a few days after my parents had left. So that was a really great transition back to reality too! It was lovely to be with family for over two weeks. I am so thankful that even an ocean away I have people that love me and are continually praying for me. It is awesome.
The trip was really long but I will highlight a few of the best moments.
On the first Saturday I went to the airport to pick up the parentals. It was so exciting! My heart was bursting, I really missed them. We came back to my flat so I could show them around and then headed out to a nearby castle. Kawaharajo was built only about 15 years ago but it is pretty beautiful and boasts a stunning view. It is one of my favorite spots in Tottori because it is so relaxing and beautiful, it may be modern but it still feels like traditional Japan.
That weekend we took in quite a few other lovely sights. In Tottori we have a very cool "tourist taxi" which is basically a taxi that takes you anywhere you want to go for 1000Yen. That is 10$ for 3 hours! It is a ridiculous price and the cabbies always make a point of getting out at the different spots and taking pictures for you! It is a lovely thing the prefecture offers and I have used it for a ton of guests! 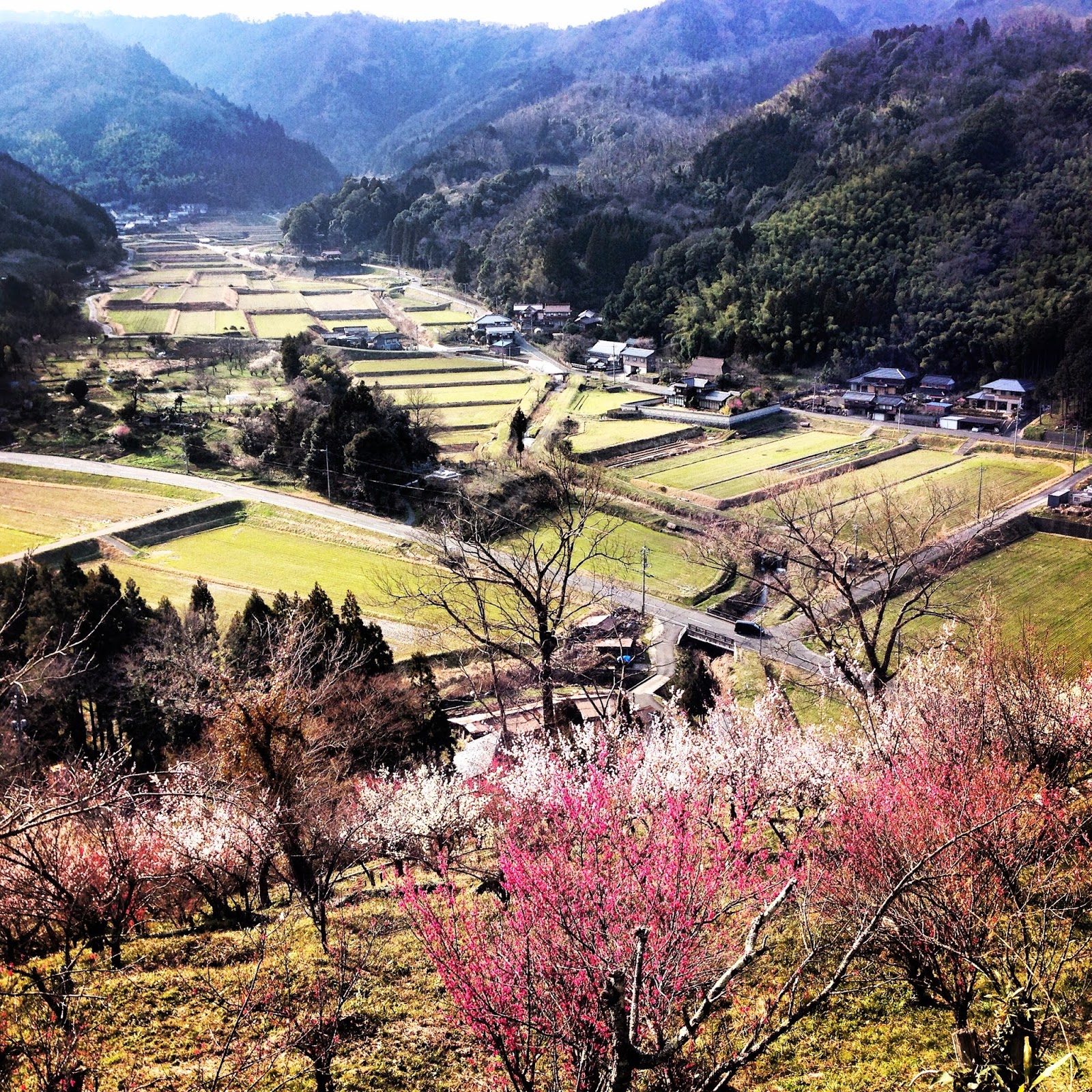 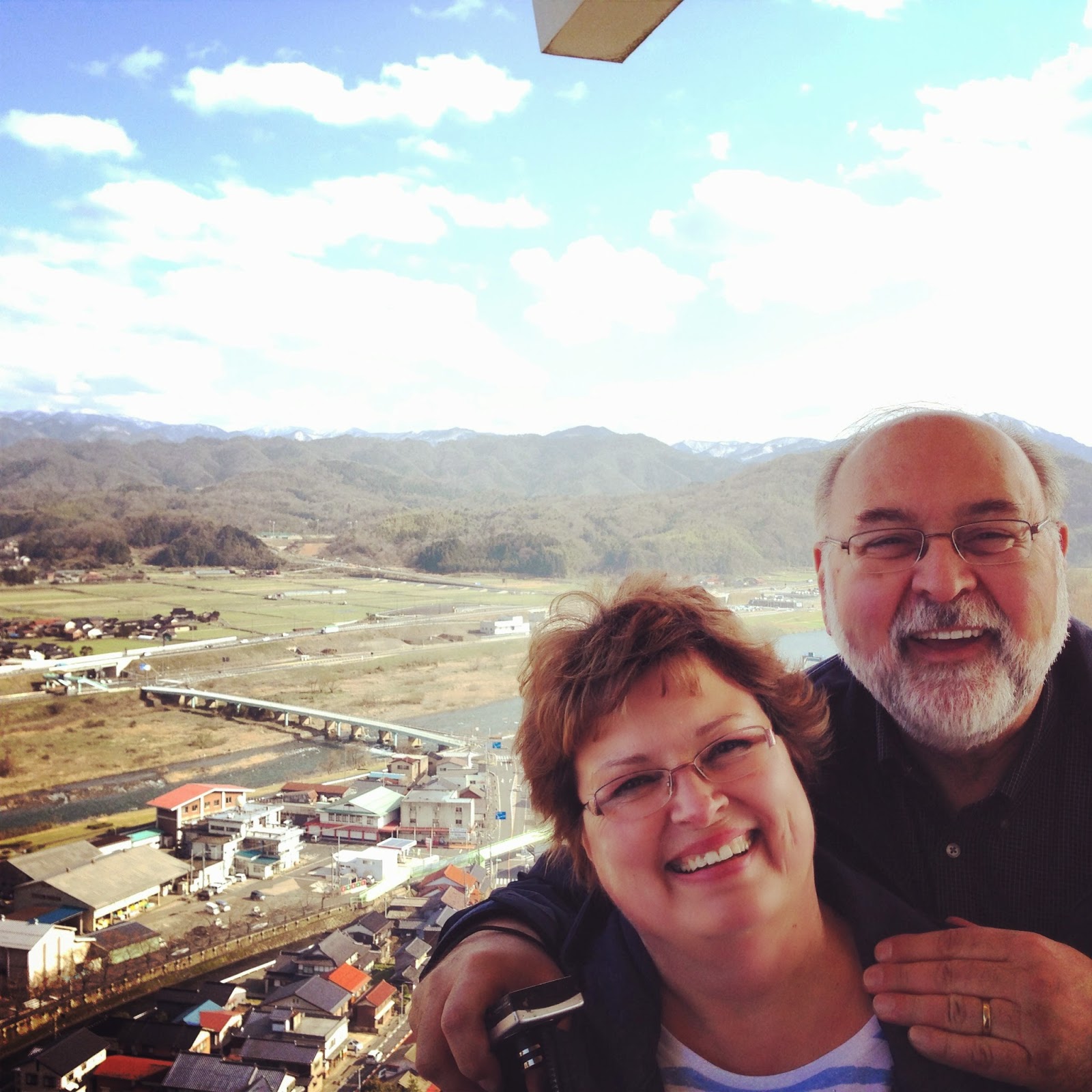 We used the taxi to see the Tottori Sand Dunes as well as to take a boat ride along the Uradame coast. It was lovely! In Tottori we spent a lot of time just relaxing and catching up. Eating out at funky cafes, visiting the local cat cafe and shopping at my favorite store, Jupiter!
On one of the days in Tottori two of my friends from church took my parents out for the day. We drove to the crab museum and fish market that is on the other side of the city. Afterwards we visited the Kanon in gardens and enjoyed some green tea and sweets. It was a really amazing day. I am so thankful to have met such lovely friends through my church.
One night my parents also went out for dinner with my tutor. She is the sweetest little lady and it was fun for my parents to see me interact with my Japanese teacher!
One of our funniest dinners out was when we went to a Mexican place. I was craving Mexican food and had spotted what I thought was a Spanish place, so we managed (after much confusion) to get a cab to the place I pictured. It was not Spanish at all, but rather Italian. We stayed anyways and ordered some weird food that showed up in German beer mugs. It was a bizarre experience that left us laughing hysterically. The poor staff must have though we were out of our minds but when you get bread sticks in German beer mugs and pasta with what looks like witches fingers sticking out it is too funny not to enjoy! 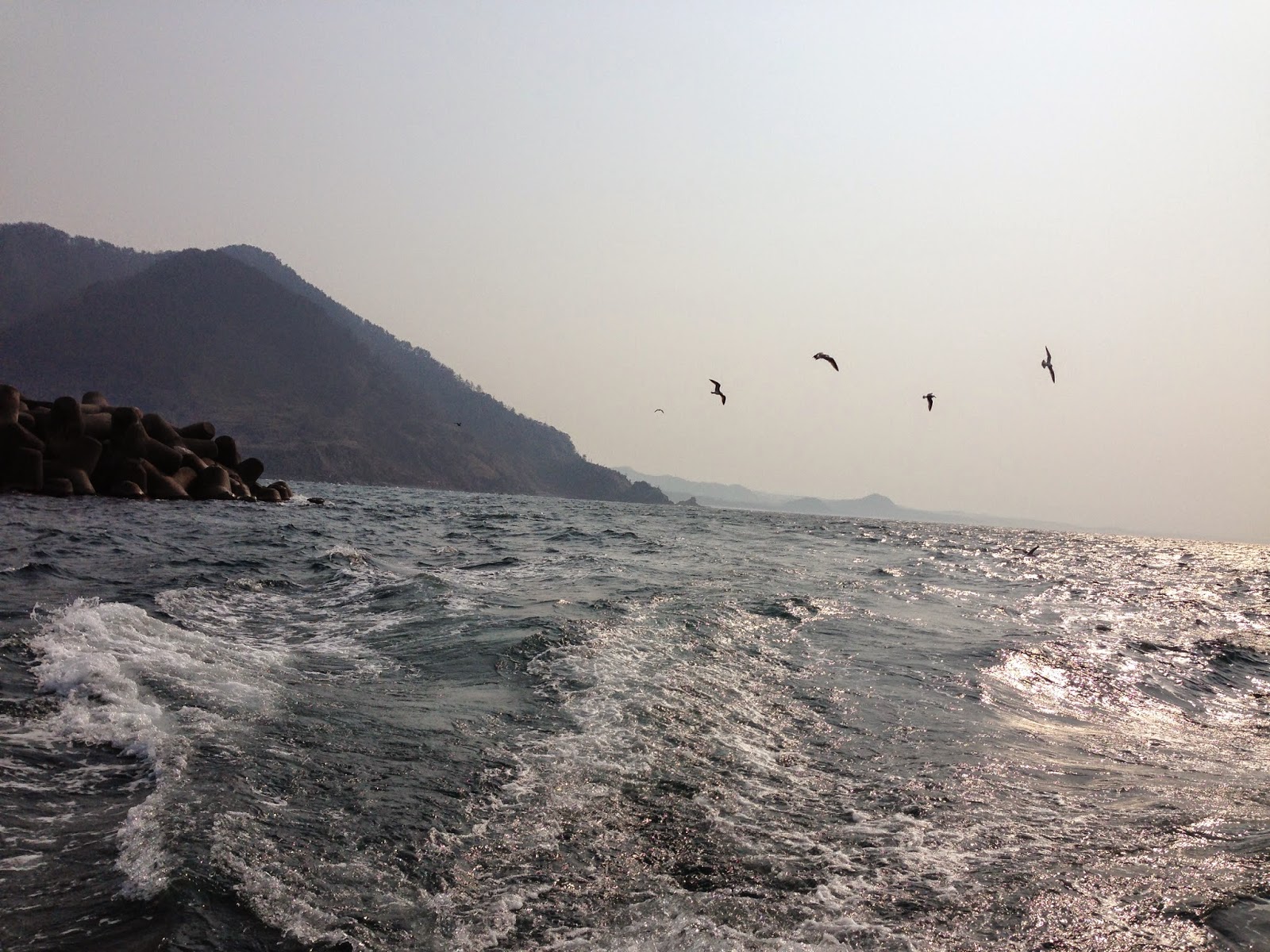 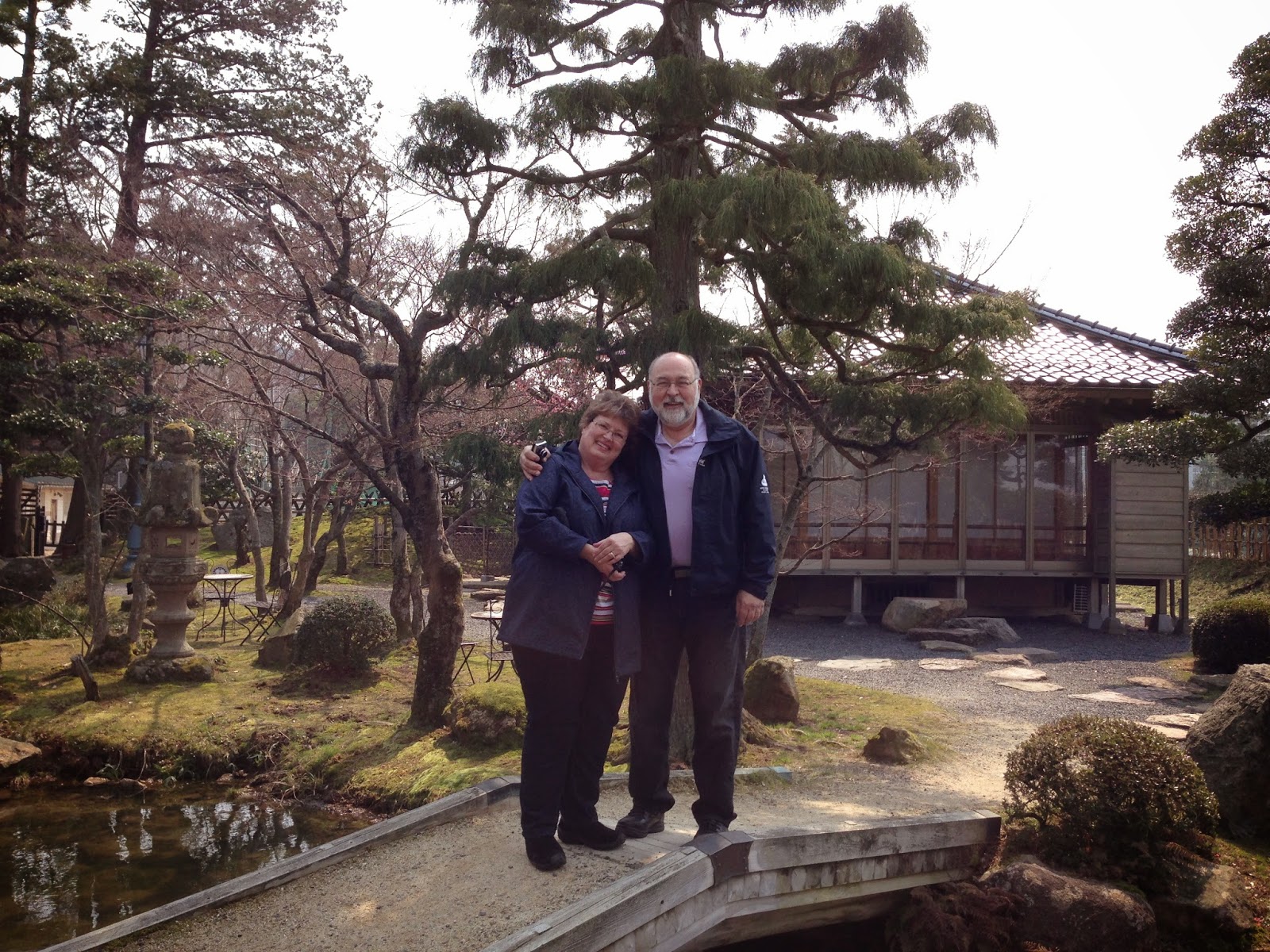 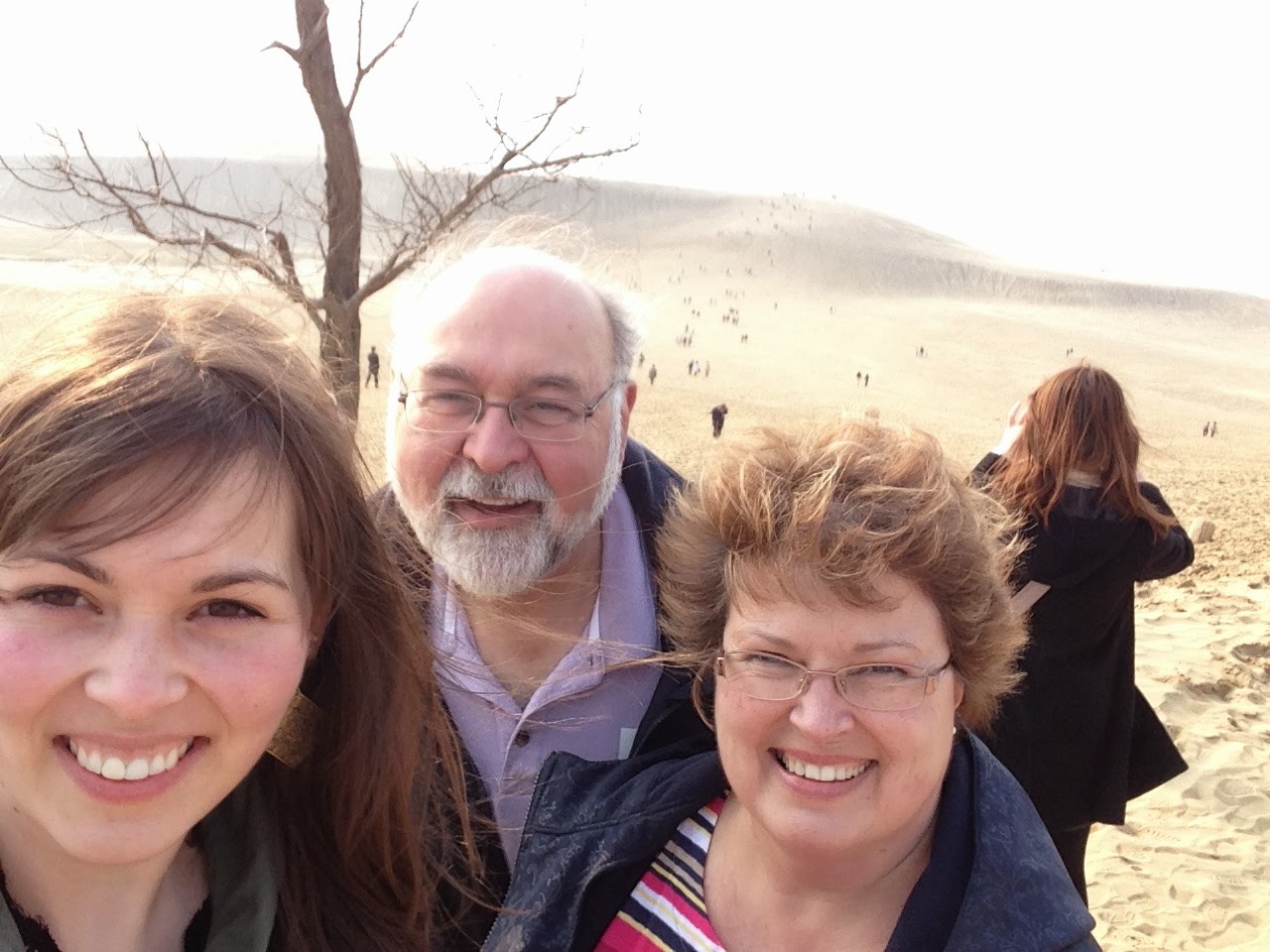 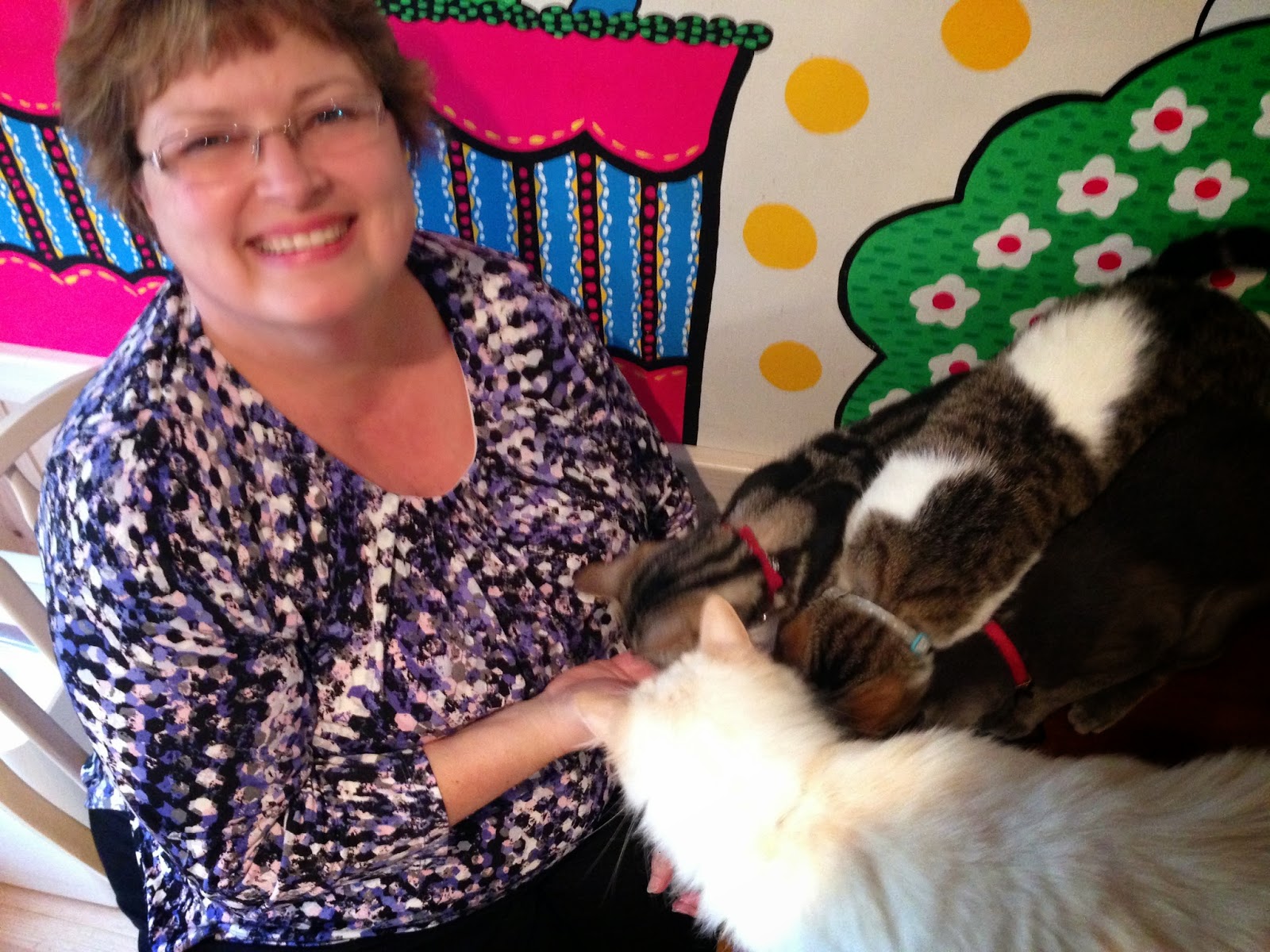 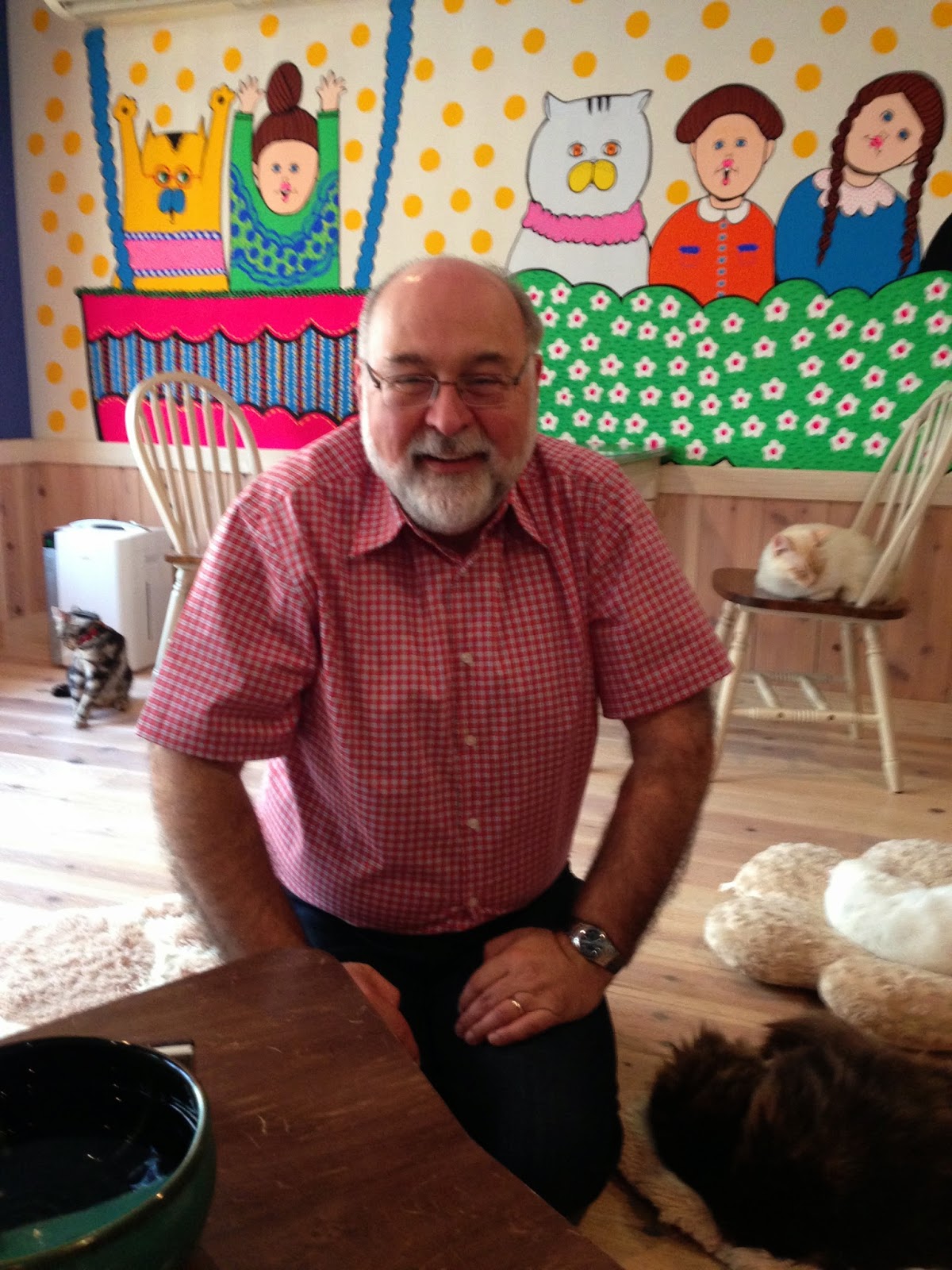 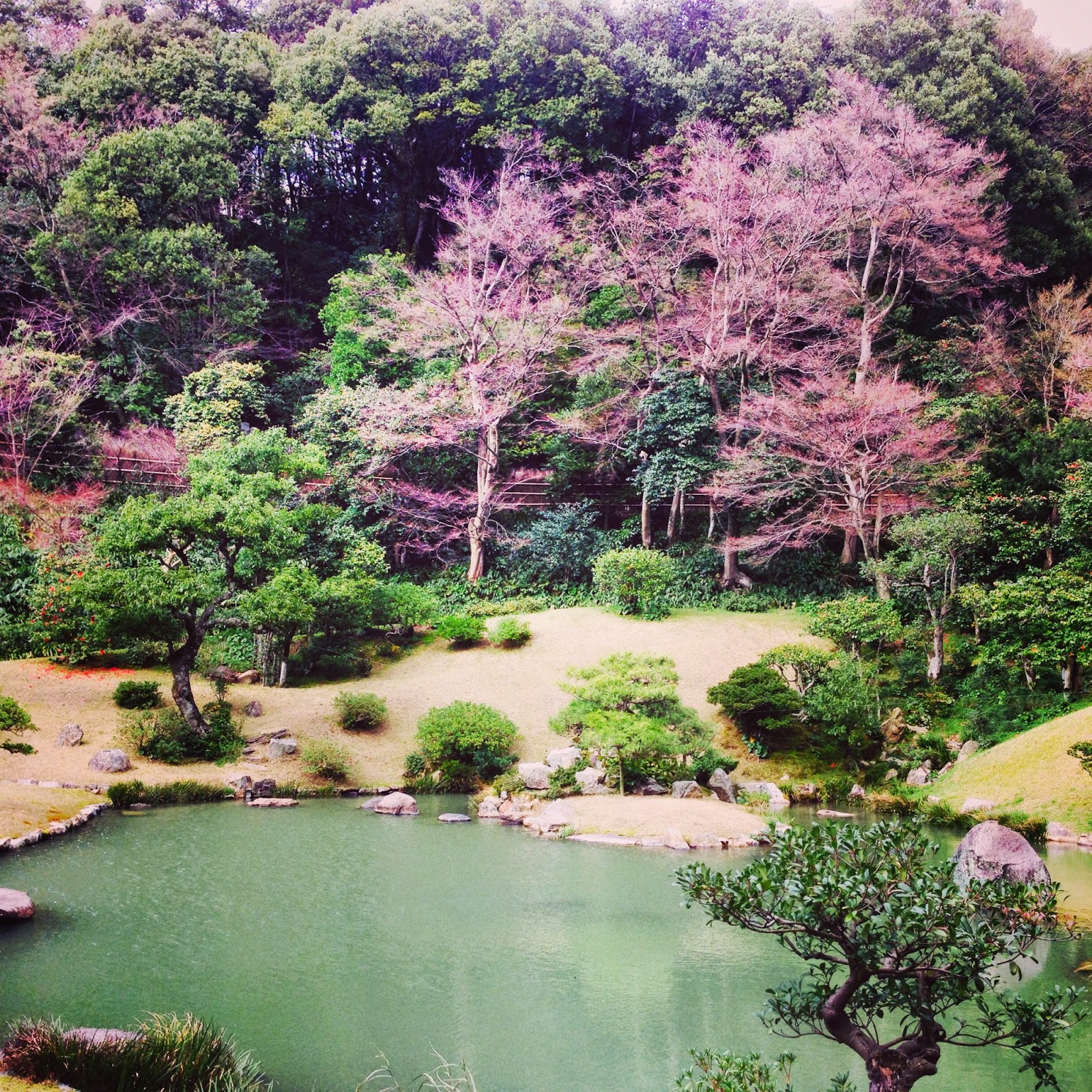 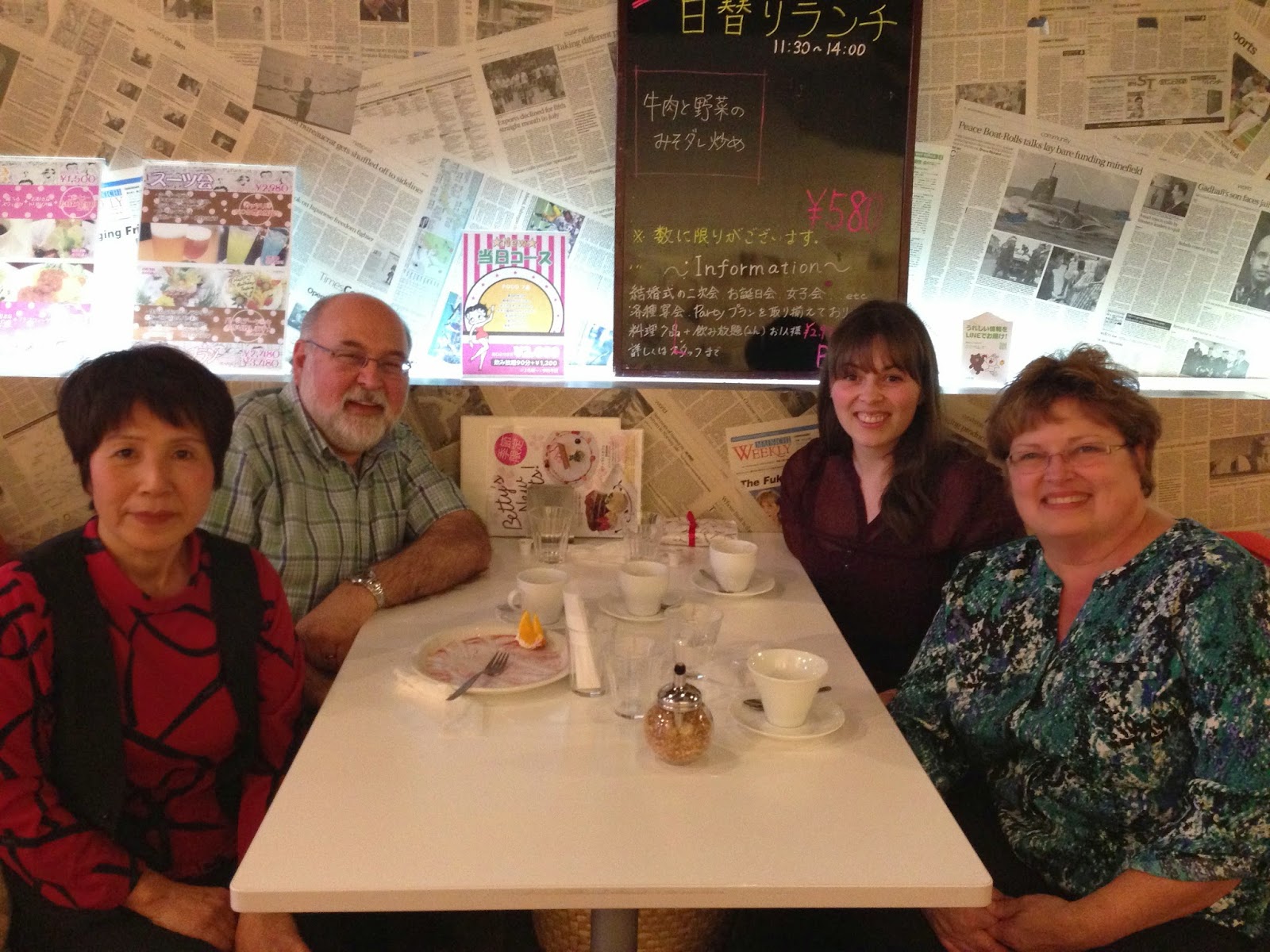 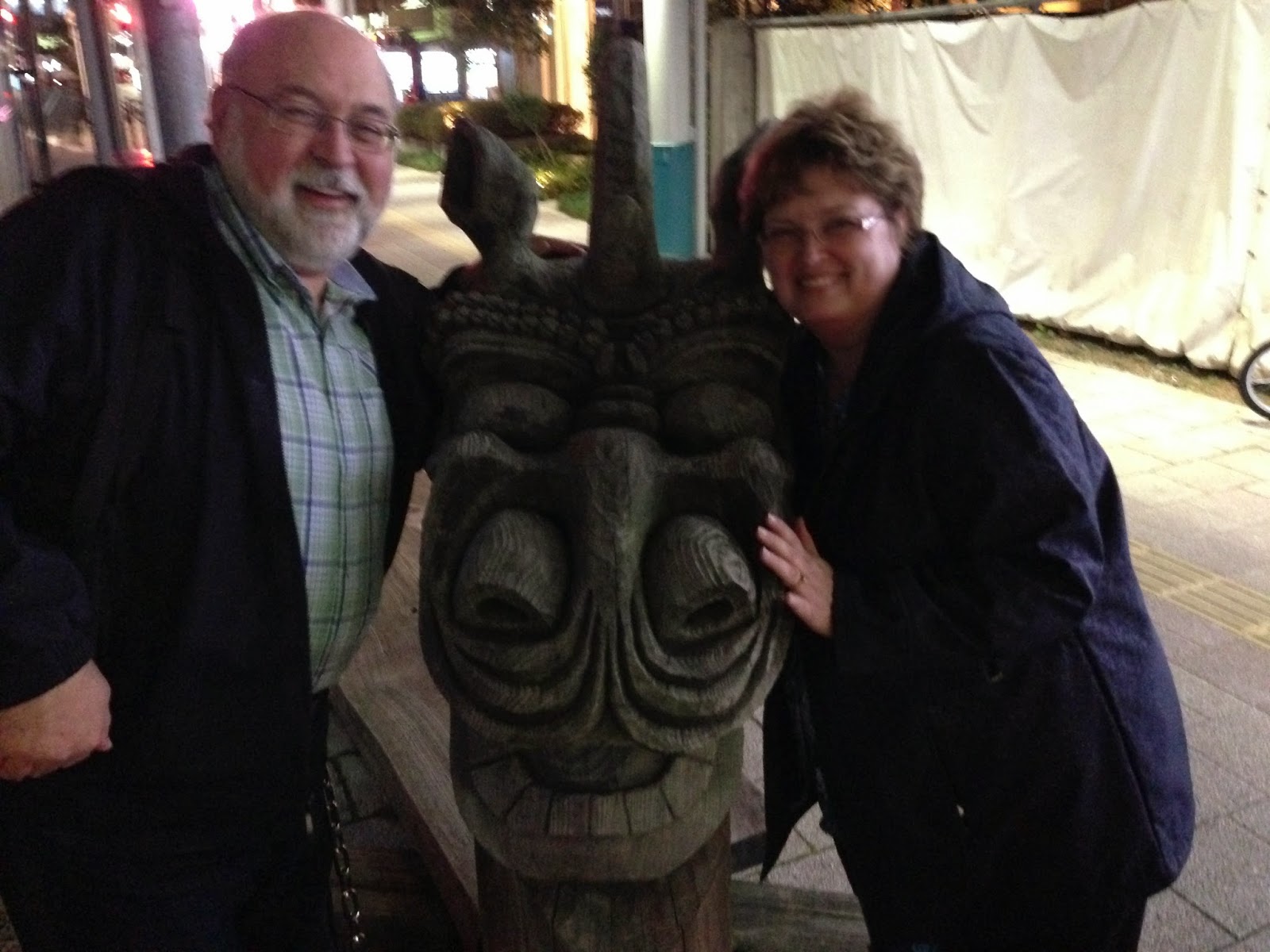 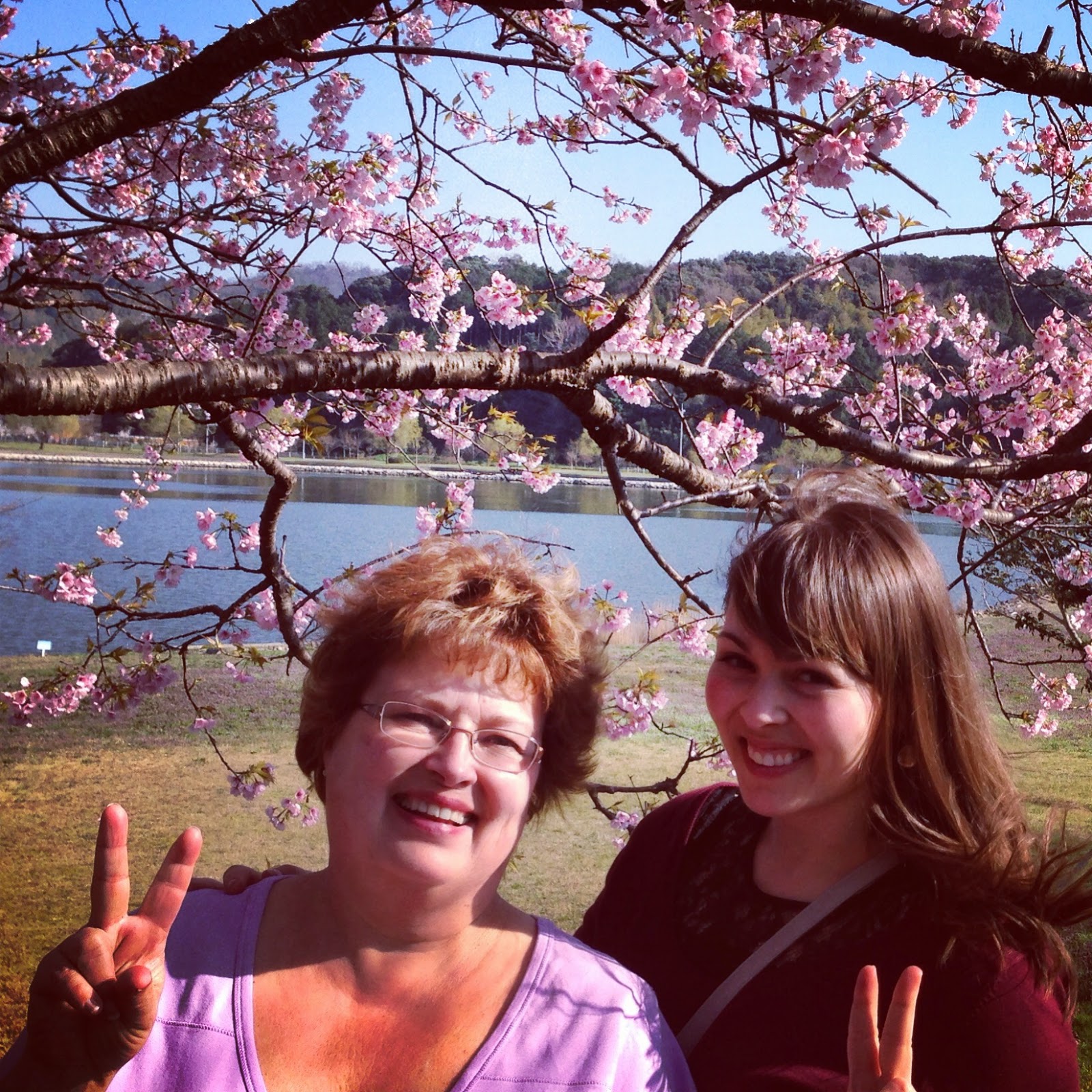 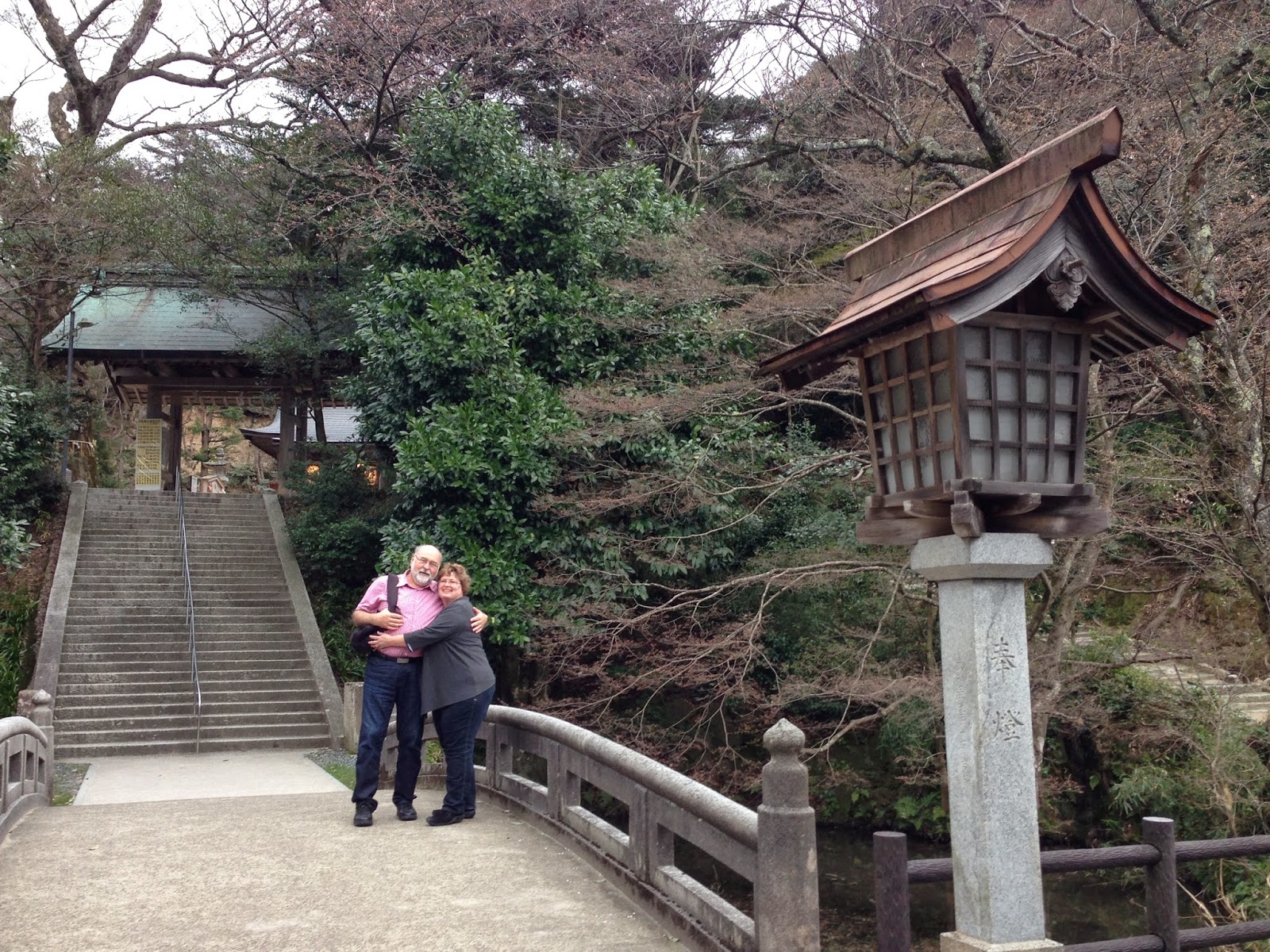 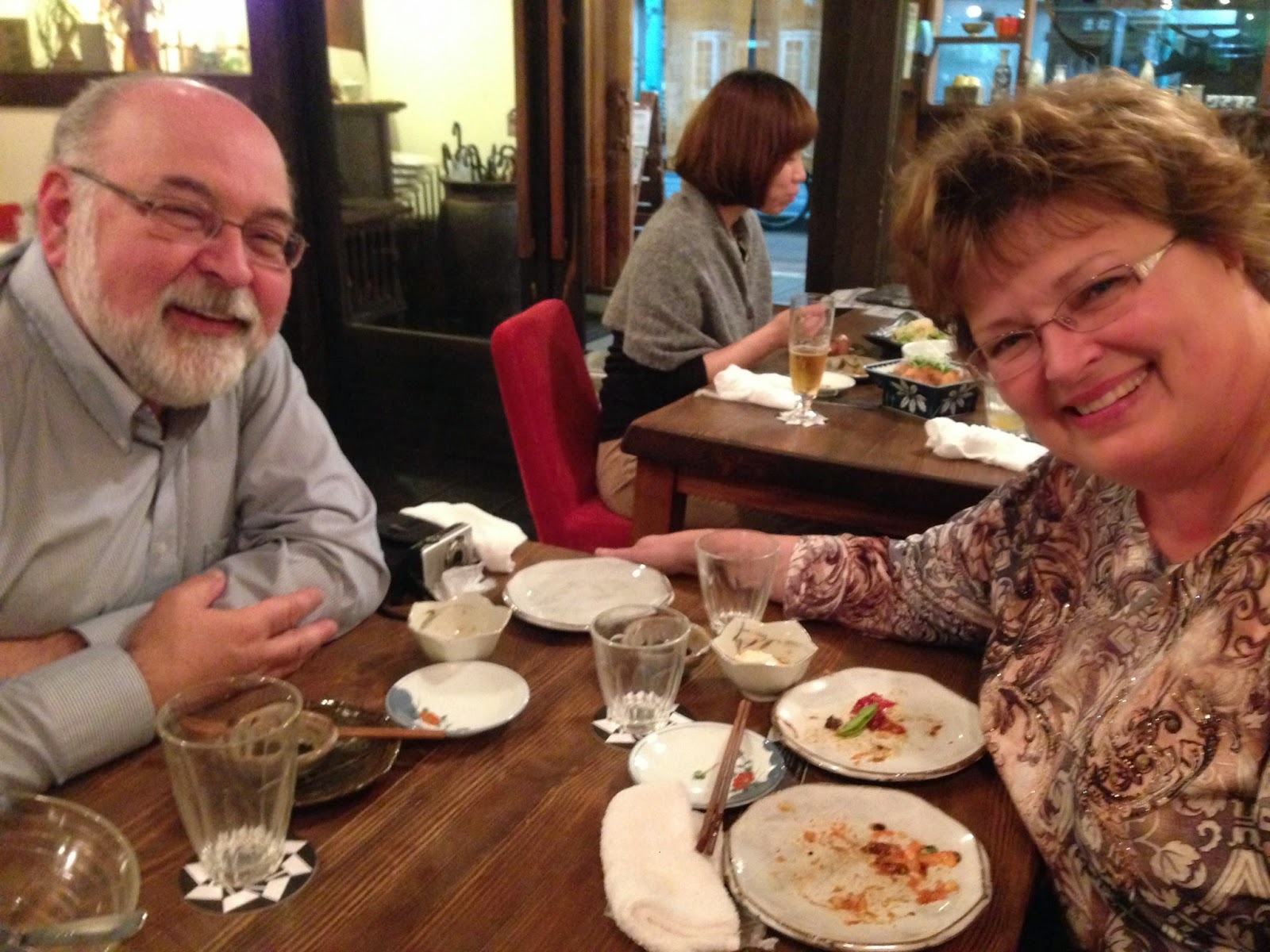 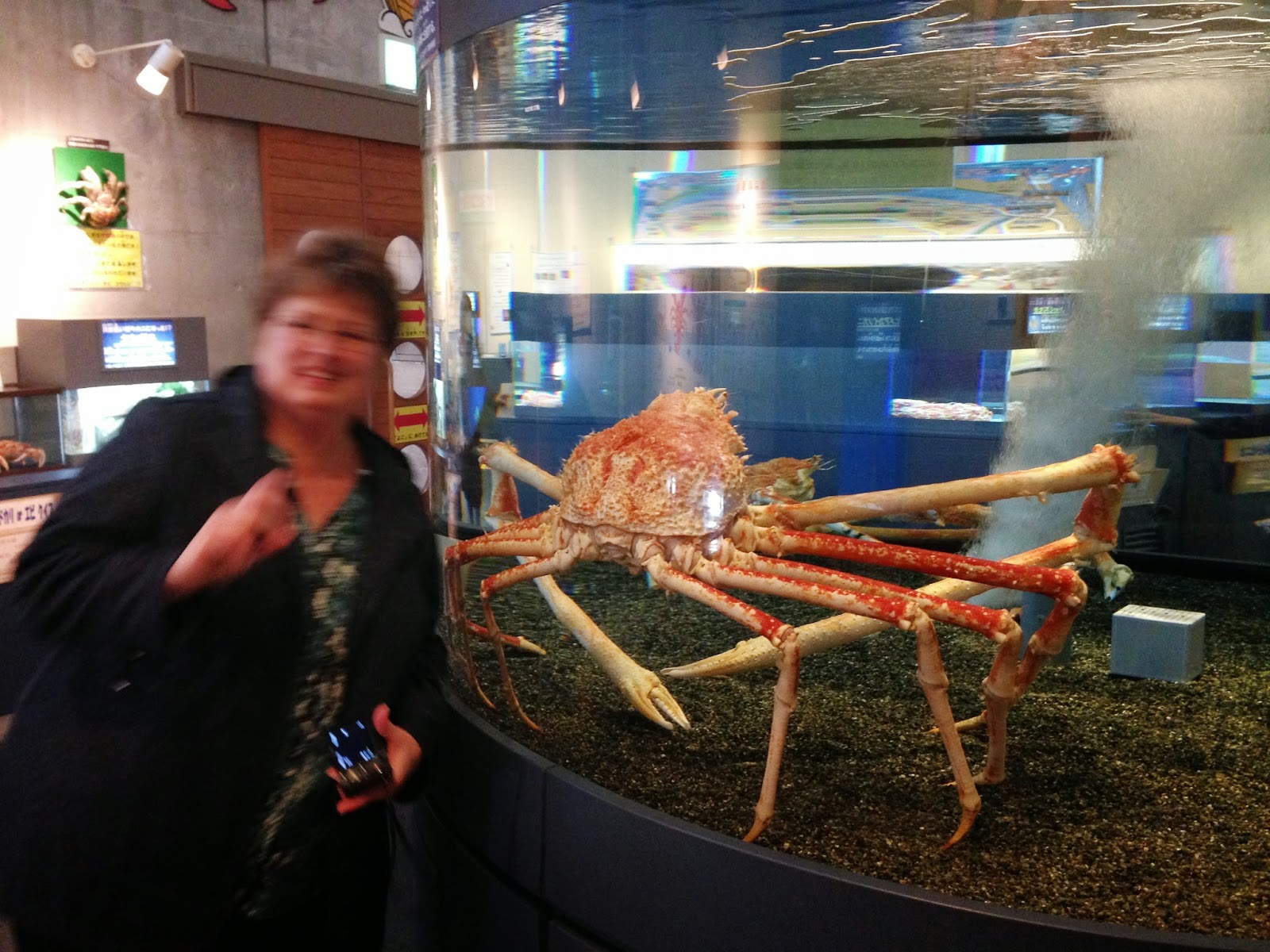 After Tottori we had the fun of travelling through Kyoto and Tokyo. We took the shinkansen to Kyoto and checked into our hotel. Hanami, or cherry blossom viewing, was in full swing and we took full chance to walk through the Philosophers walk, which is a long path along a river that hits a bunch of fabulous temples and shrines in Kyoto. We also had the fun of meeting up with my Mom's cousin who lives between Osaka and Kobe. She took us to a three pillared tori shrine. For Japan that is amazing! A three pillar shrine is very rare, and it was built back in the 16th century as a Christian monument. Veronica know a lot about the Christian roots in Japan and it was fun to share that with my parents. 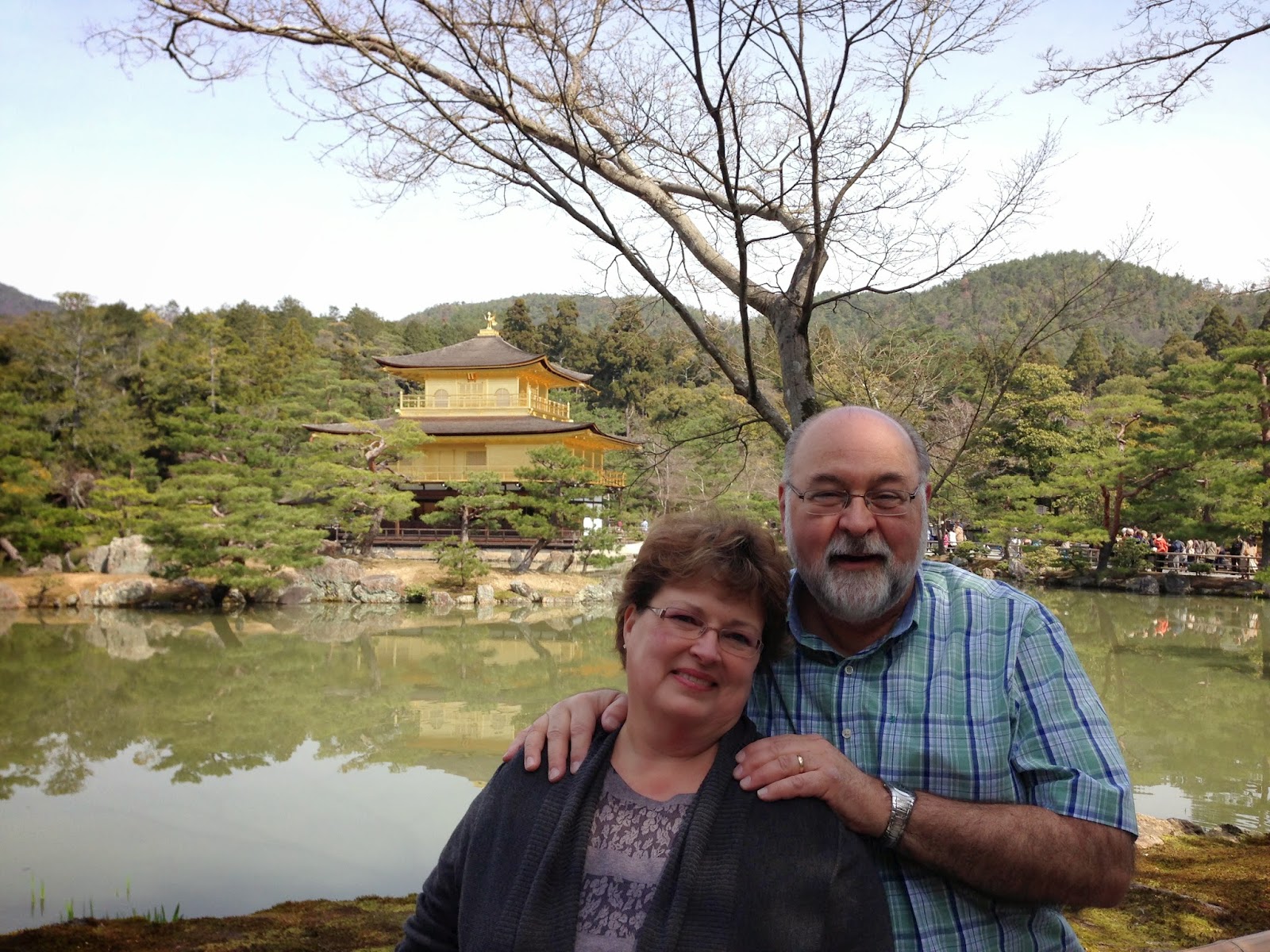 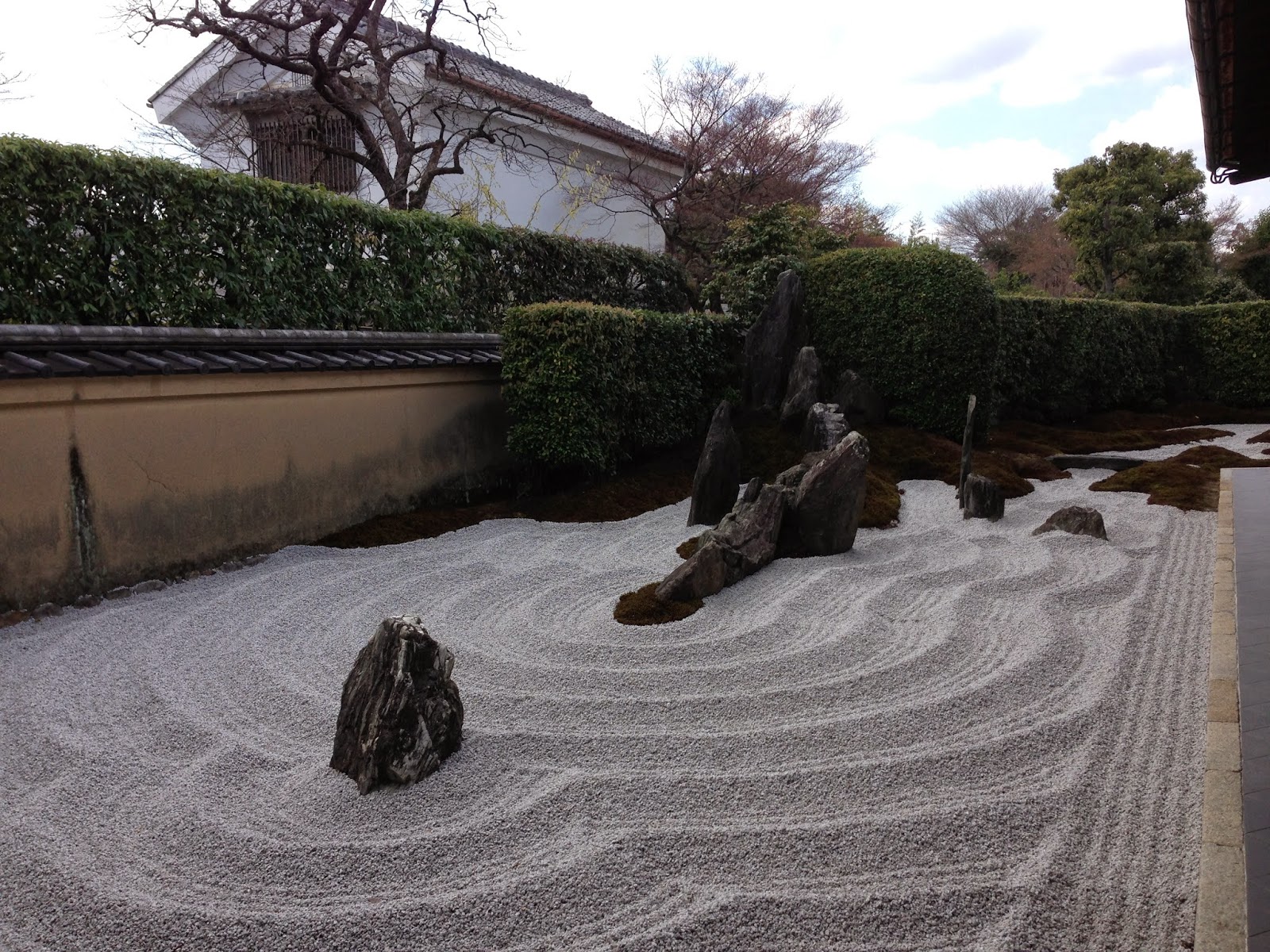 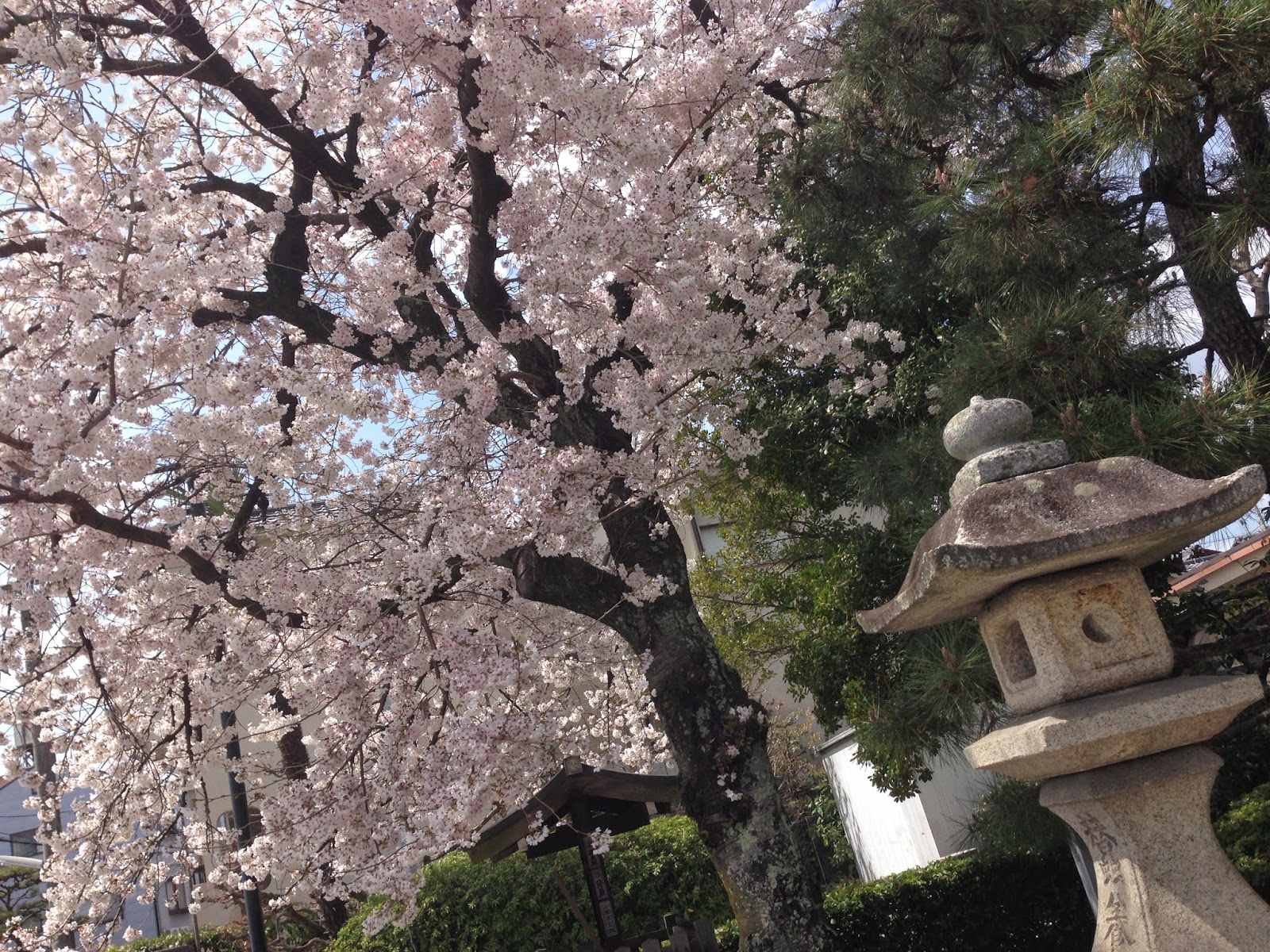 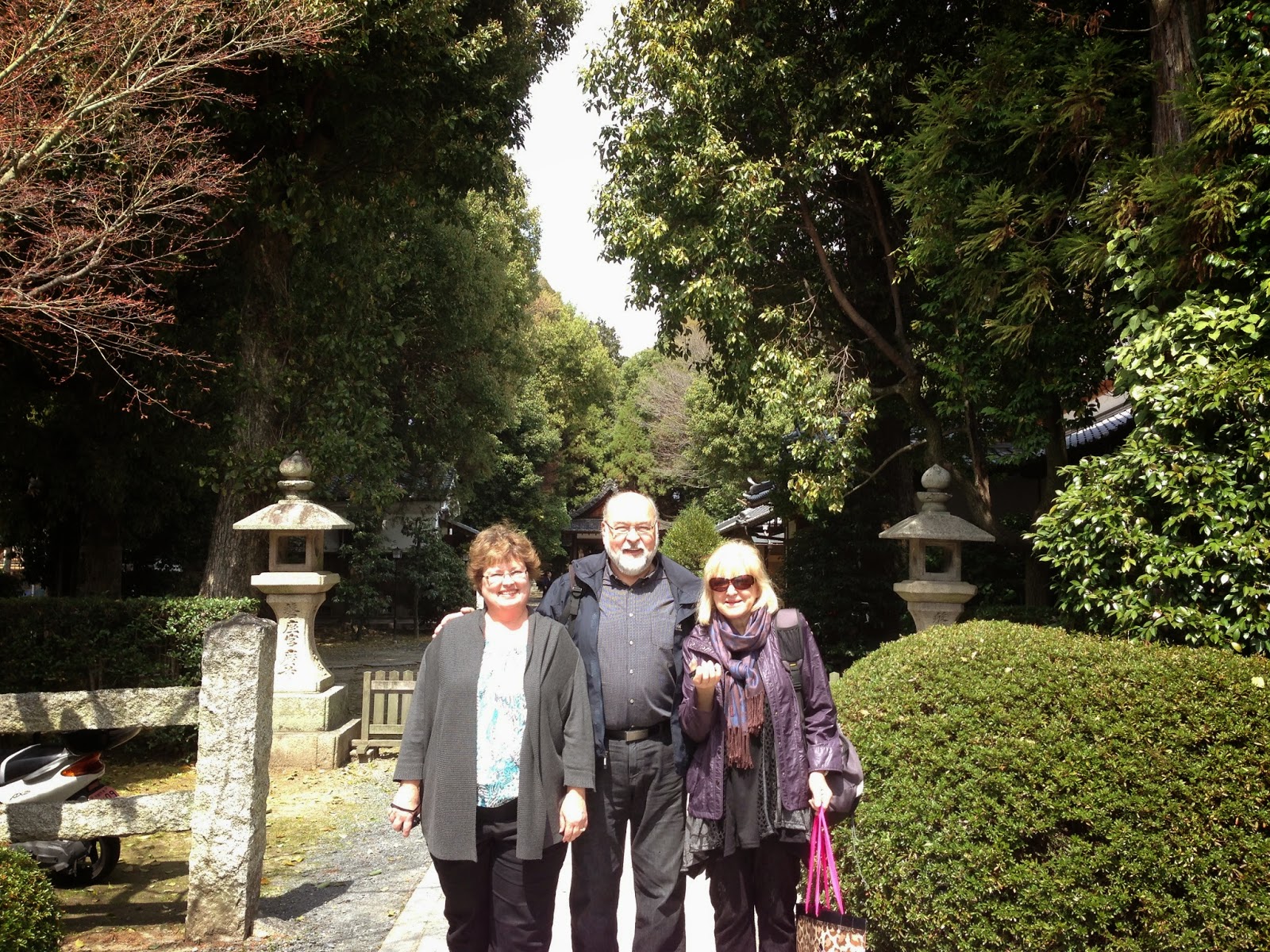 Finally we finished up our two weeks with a long weekend in Tokyo - and Kyle joined us! Nothing compares to the excitement of Tokyo and it was a great end to the visit. The rain was in full force on one or two of the days which really sucked, but when the sun was shining we really enjoyed all that the city had to offer. Our hotel was gorgeous and overlooked the Shibuya scramble, but we were up quite high so the noise and lights were totally dulled at night. We enjoyed drinks in teeny tiny bars, including one British pub! We saw the Tokyo SkyTree but didn't bother waiting the 3-4 hours to ride it. We even went to go see "Frozen" which has now become one of the most successful movies in Japan, ever.  One of the funniest memories was when my dad and I decided to order parfaits. Japan does sweets pretty well and they love crazy parfaits. I ordered a strawberry parfait, straightforward and guaranteed to be normal(well, with cornflakes, but that is normal here!) but dad decided that he wanted the green tea one. Right away I warned him that it would have anko (red bean paste) but he didn't believe me and said he wanted it anyway. We laughed so hard when it arrived and he was utterly shocked at the red beans sitting on top of his parfait!! I have definietly grown accustomed to this odd 'dessert' but it is weird for most foreigners the first time. He was a good sport though and I think he enjoyed the parfait! 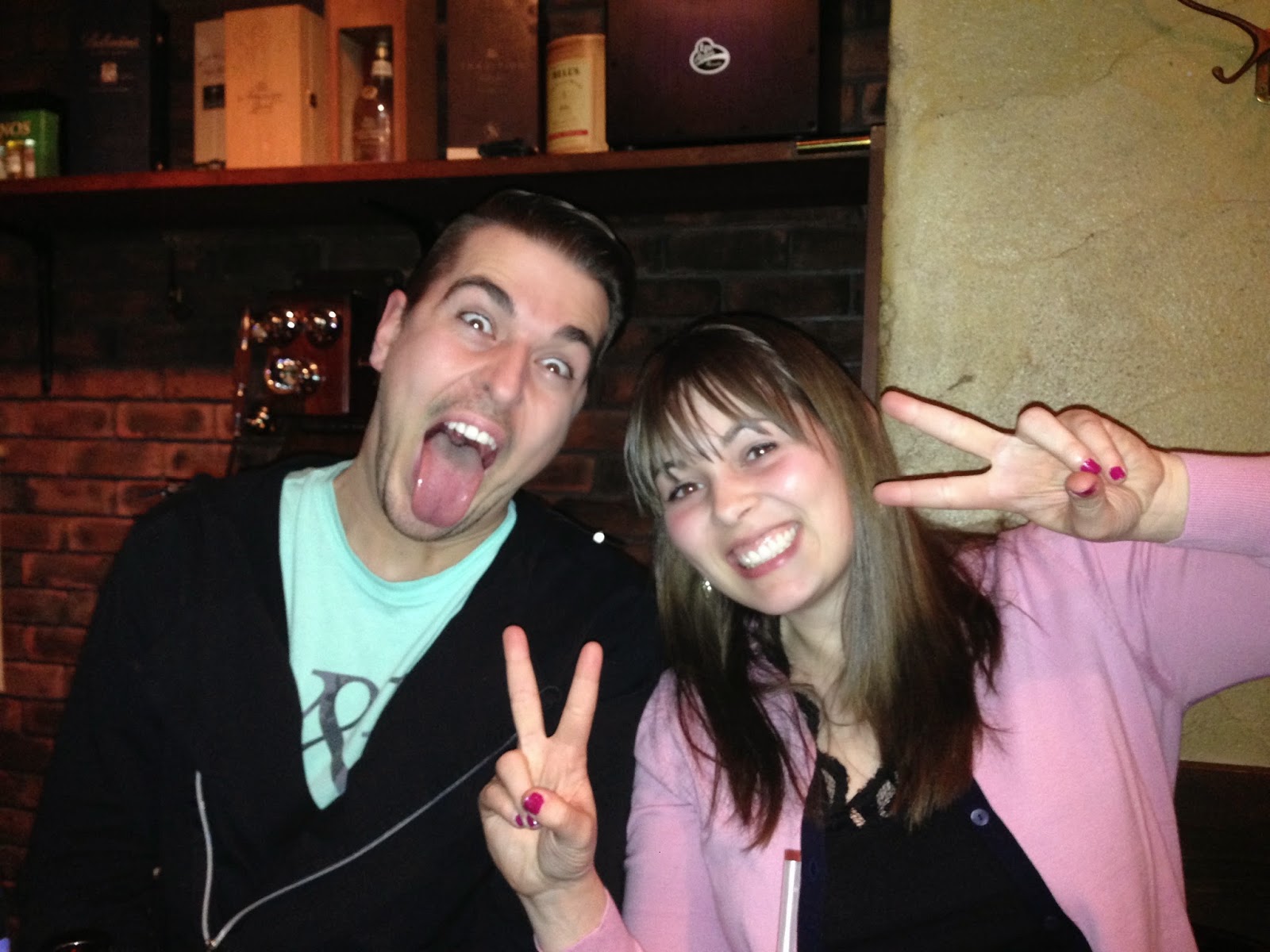 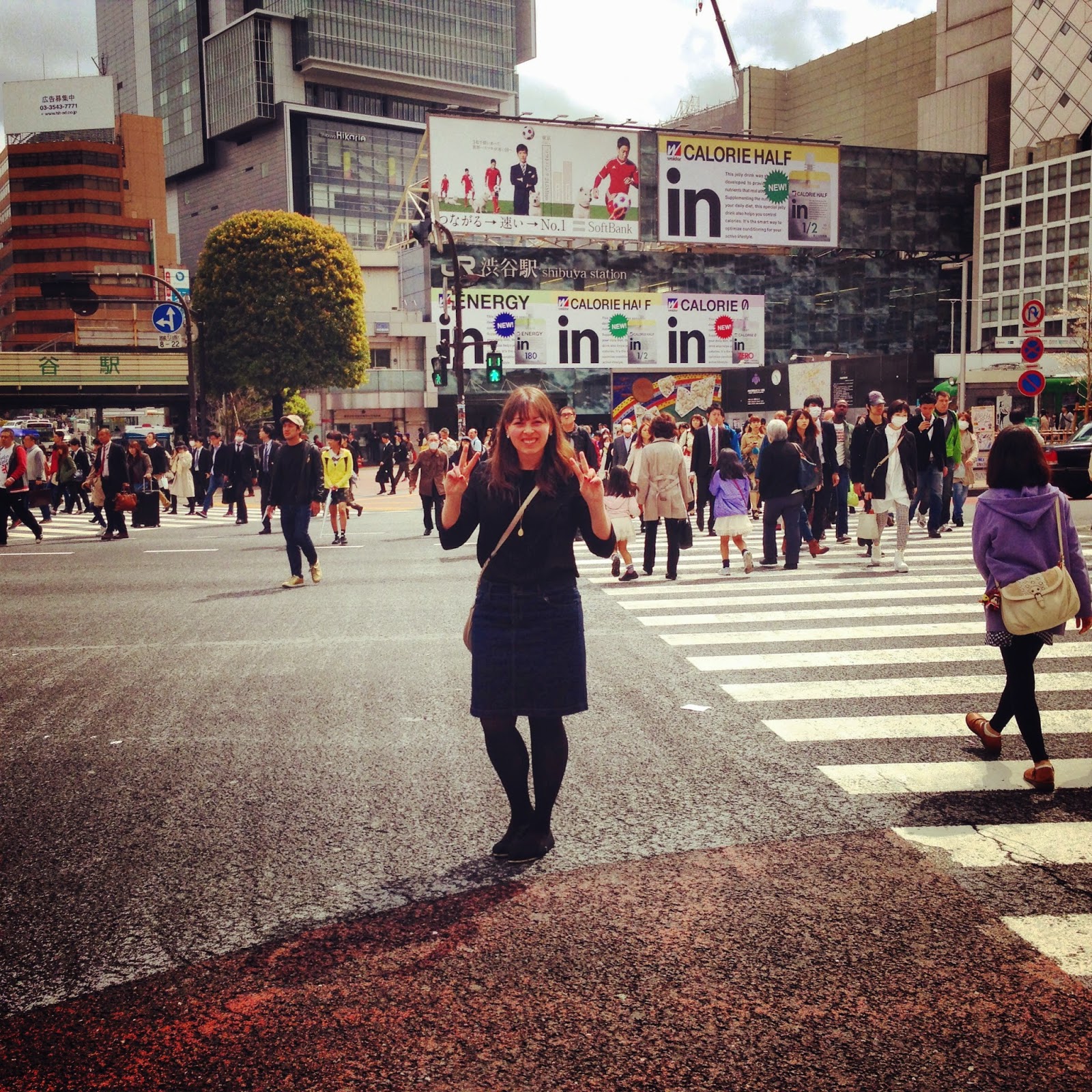 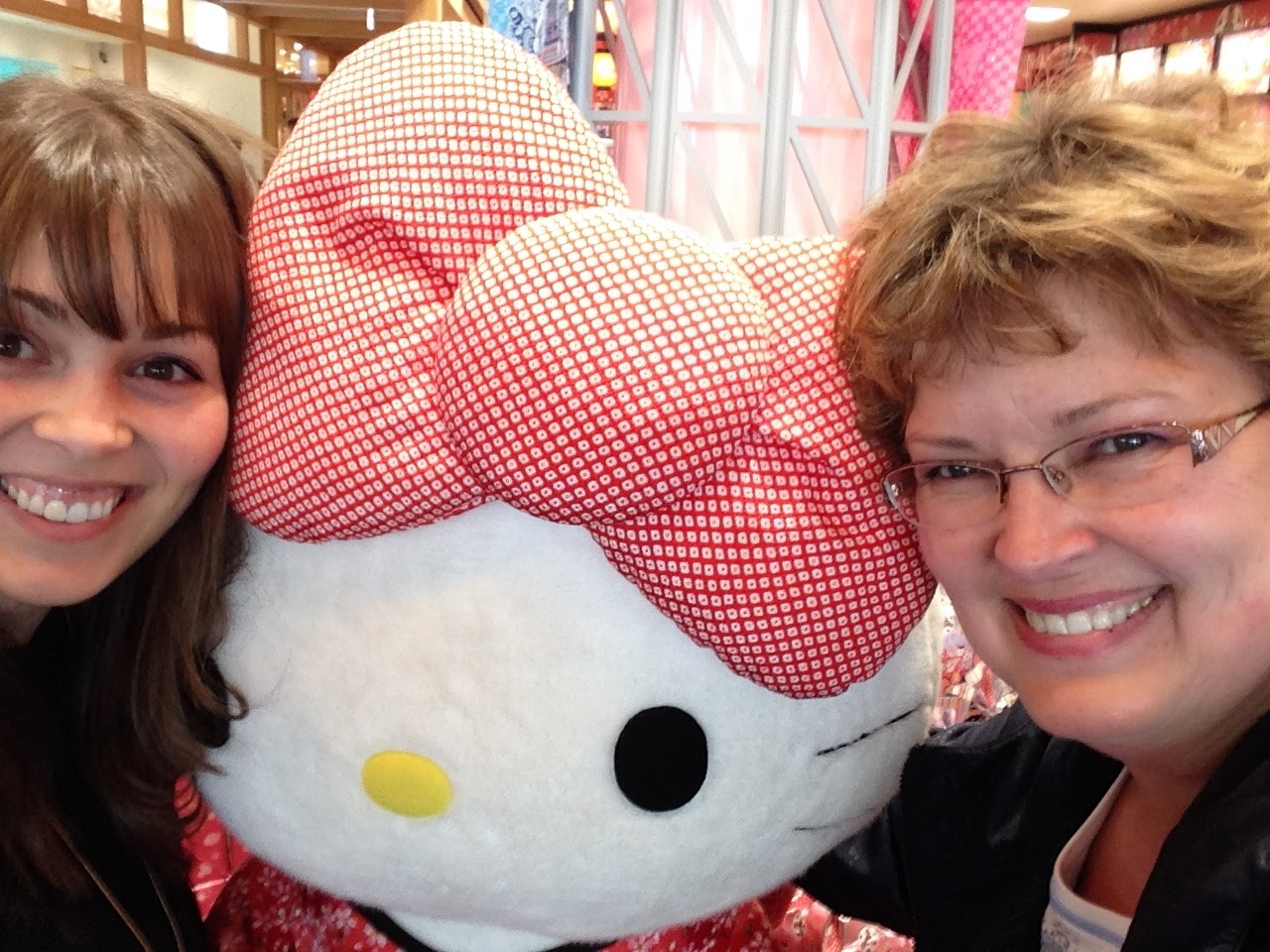 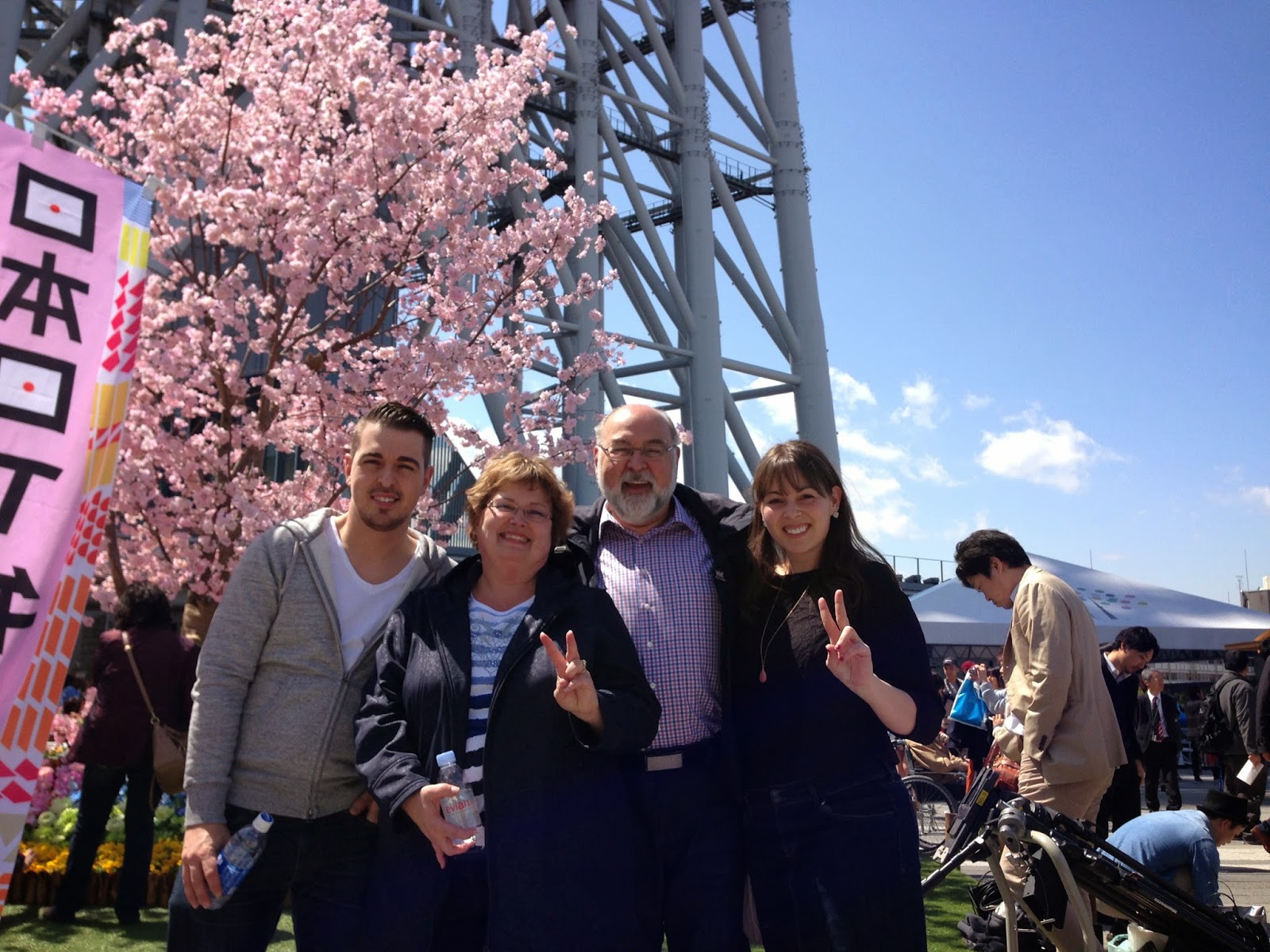 My parents left that weekend but Kyle stayed for a few more nights with me. We spent one last day and night in Tokyo and we decided to head to Disneyland. Well we were in for a brutal surprise when we got there and the park was full to capacity! That is like 70,000 people in Japan!!! We were super bummed but decided to enjoy our day anyways and headed for Odaiba park and island. It was so awesome! We ate a Hawaiian meal at lunch, wandered the island and shopped a bit. Back in Tottori I had to work but Kyle rented a bike and had fun riding out to the dunes and sandboarding. When I wasn't at work we enjoyed taking purikura, seeing the cat cafe and laughing hysterically watching Silent Library videos. It was an awesome catch up! 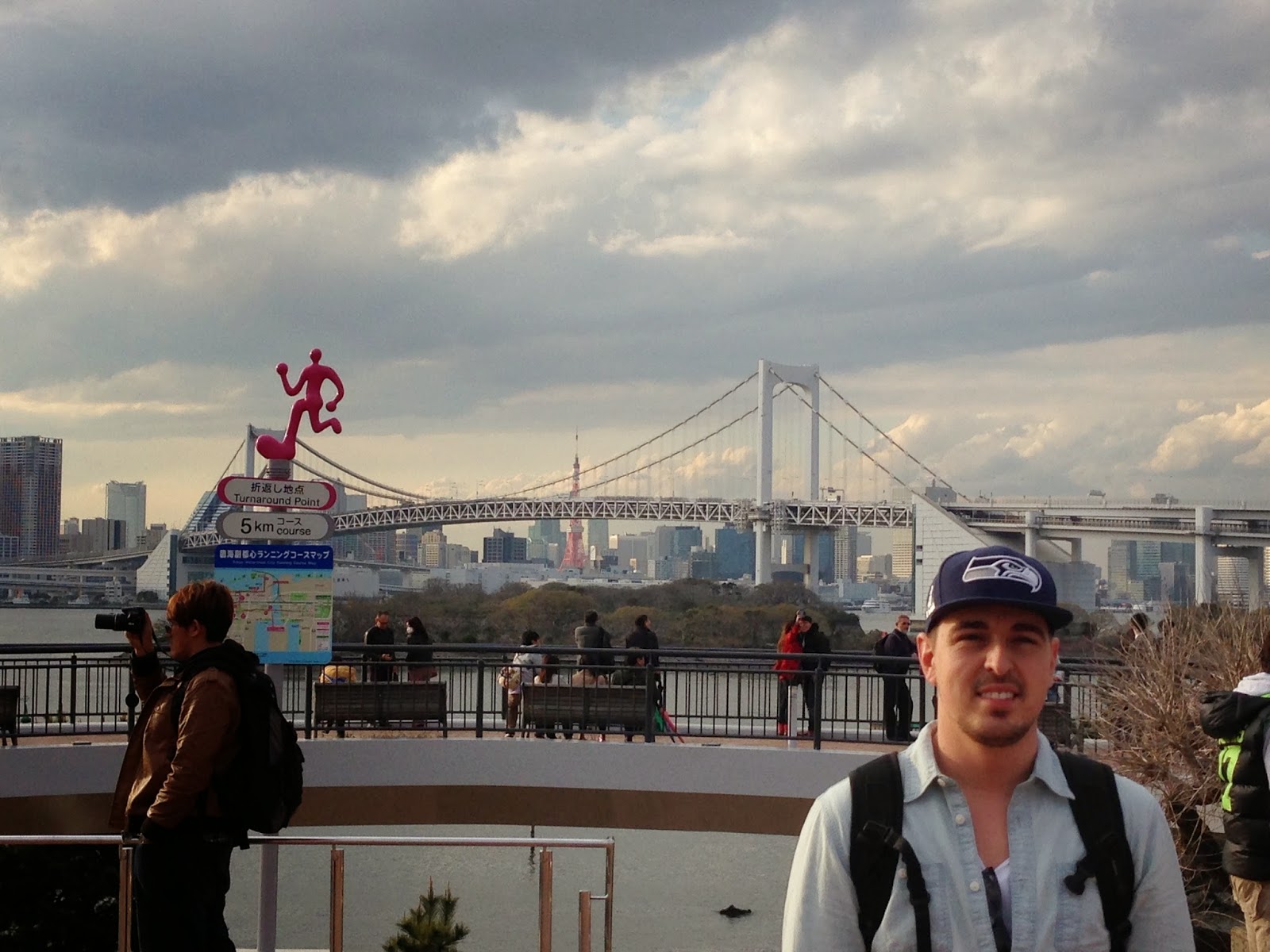 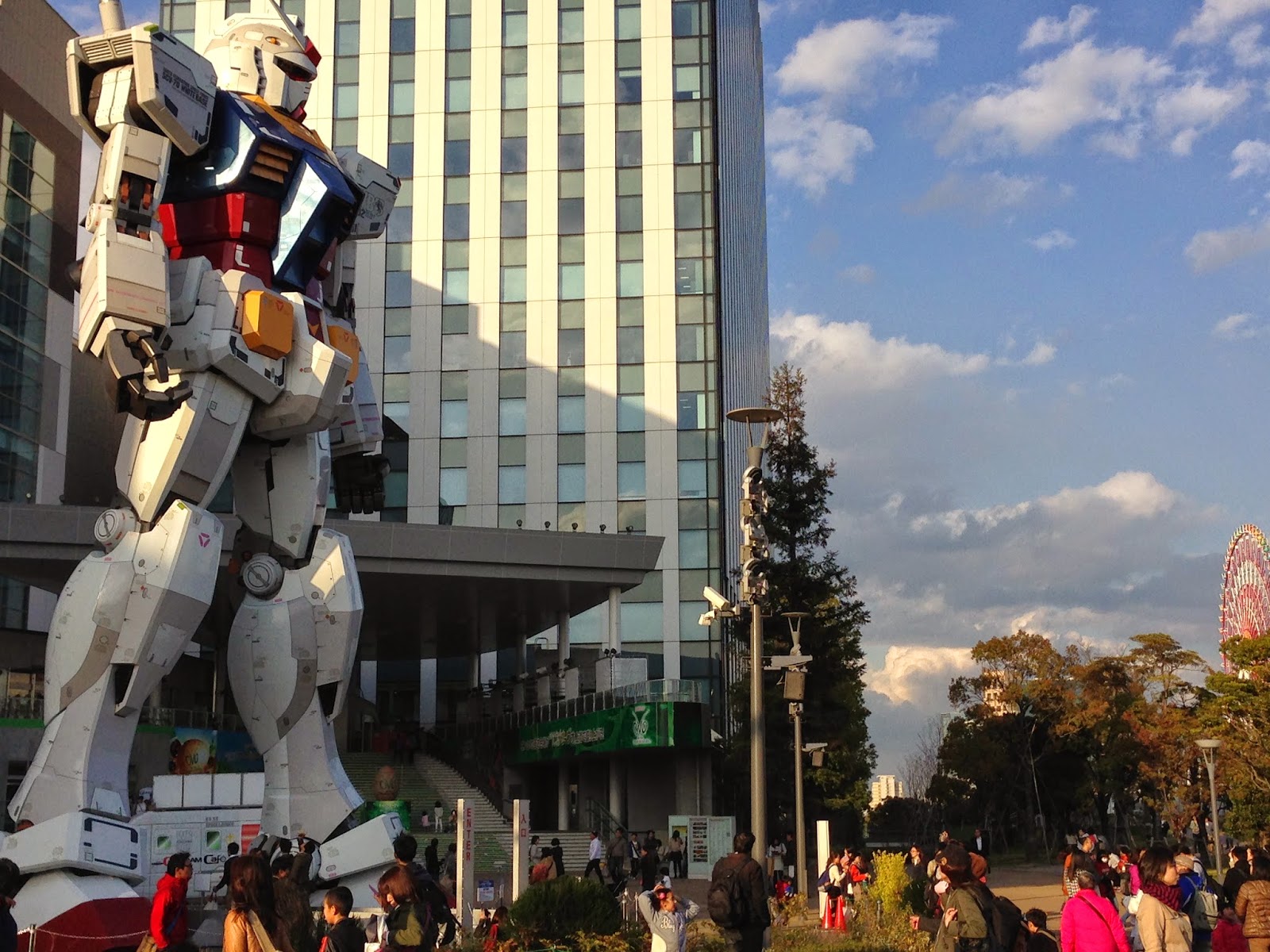 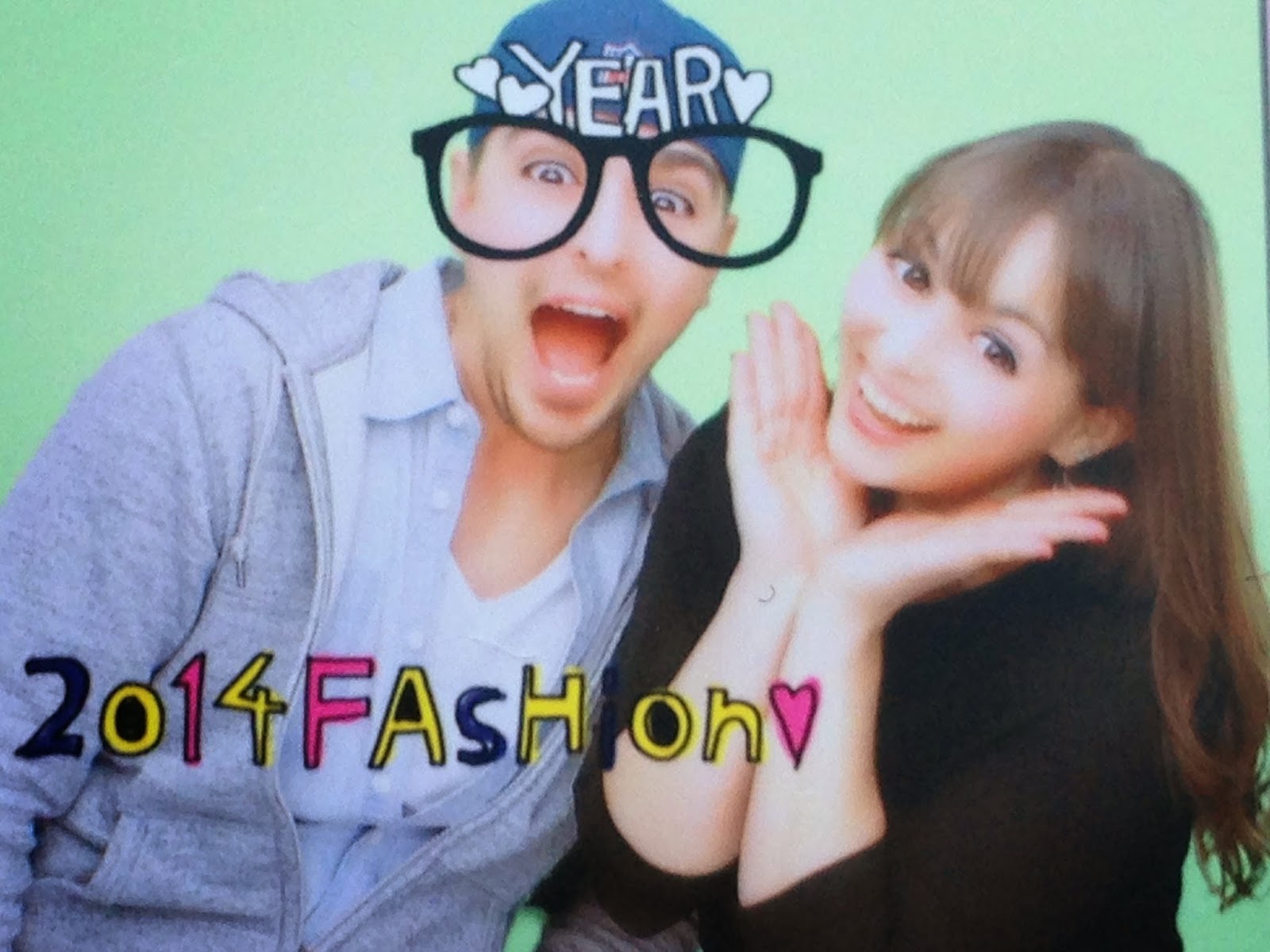 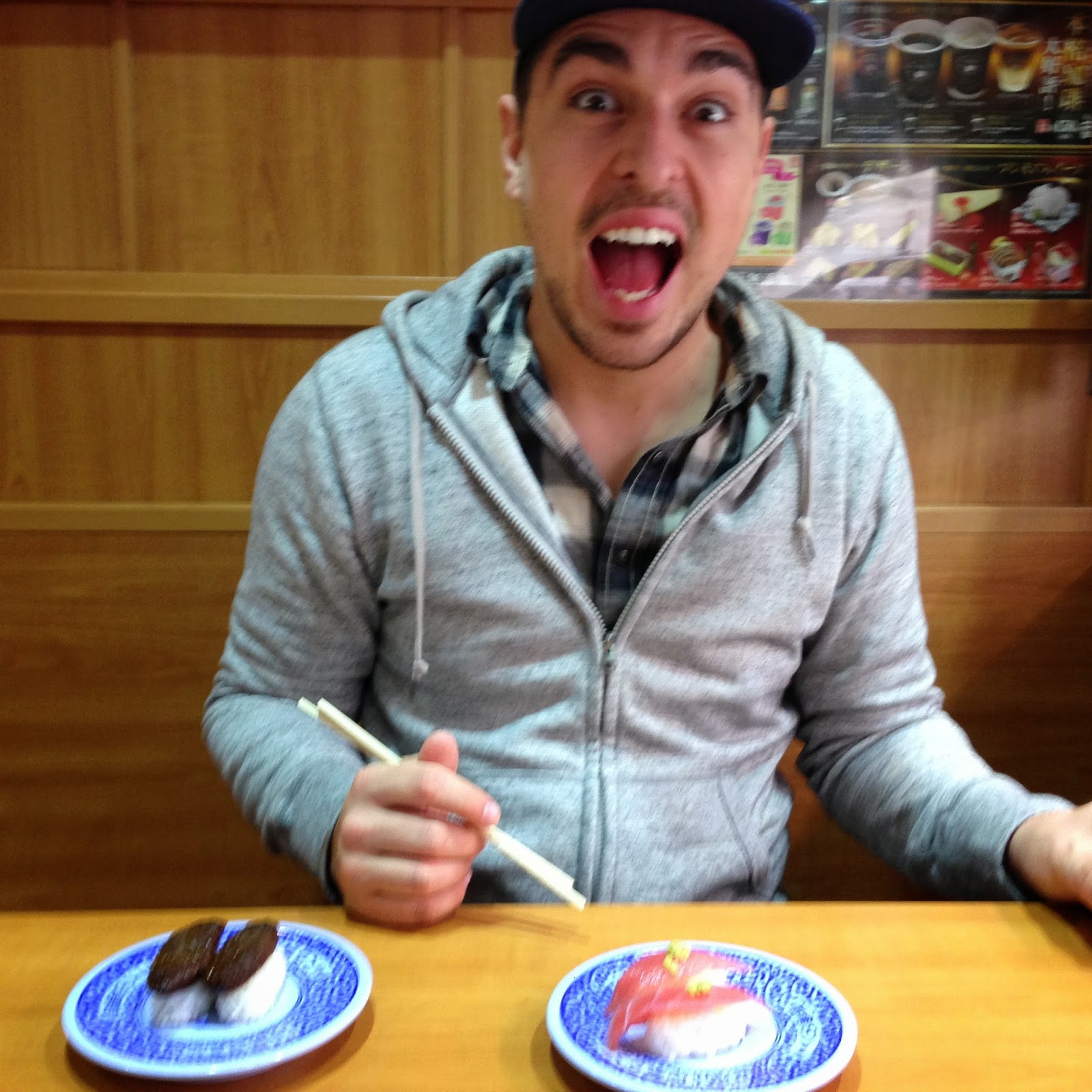 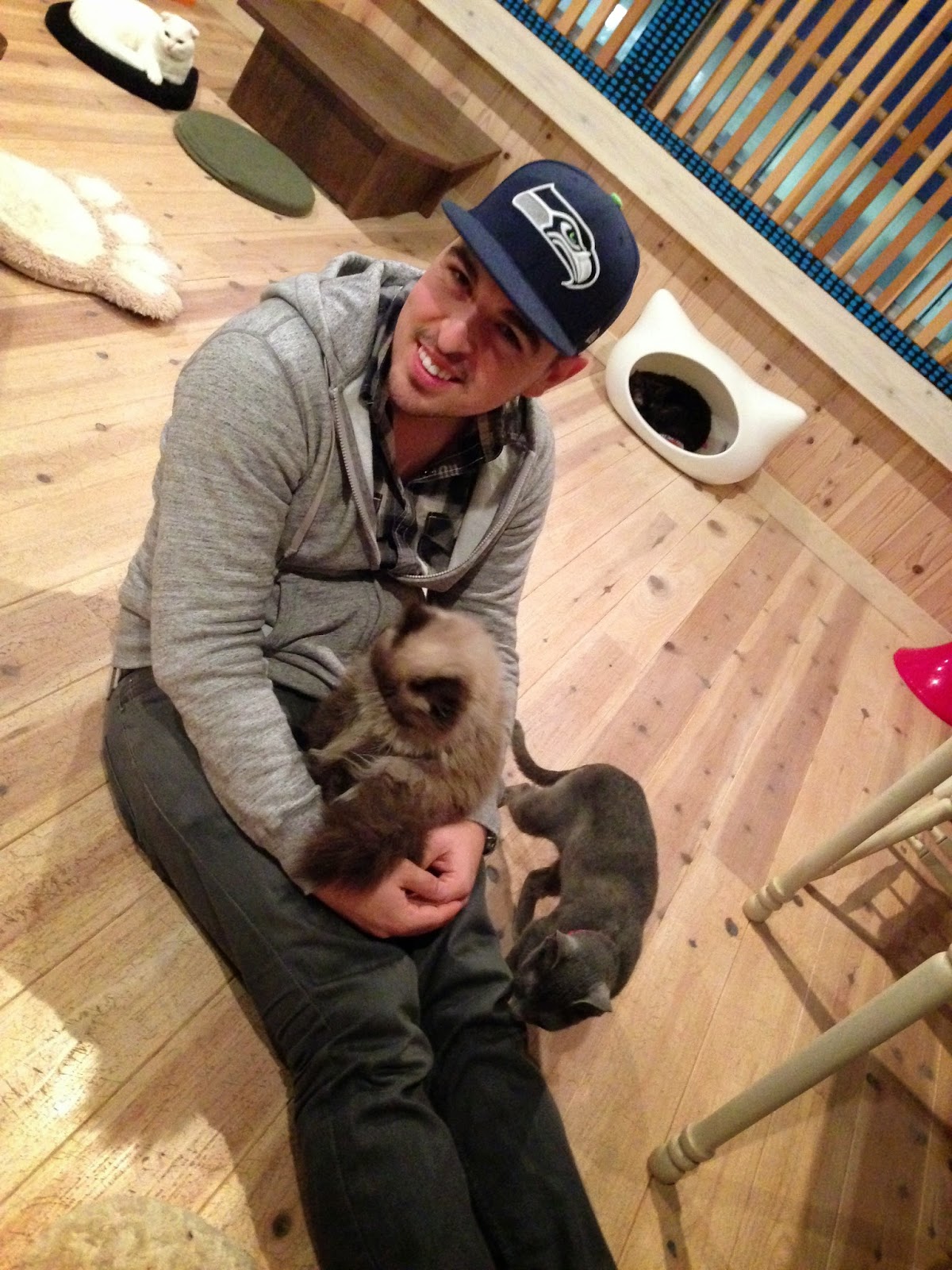 Having my family here was such a blessing and a blast. I could share this experience with them and get that feeling of home that my heart was missing.
Posted by Kia at 00:12