In February I went to the さっぽろ雪まつり, the Sapporo snow festival! There were snow carvings from around the world, light shows projected on walls of carved ice and snow and tons of other snowy goodness. The weather was absolutely frigid, but it was a really fun experience. Over a million tourists from Japan and around the world travel to Sapporo for this festival, so it was a really fun festival to join. One of the best parts of Sapporo is definitely the famous soup curry. It is so delicious! It is a curry broth with meat and fresh, local, vegetables. One awesome thing about Japan is that each prefecture will have its own character, a special food, etc. etc. Every prefecture is ‘famous’ for something, and スプカレイ the specialty in Hokkaido. 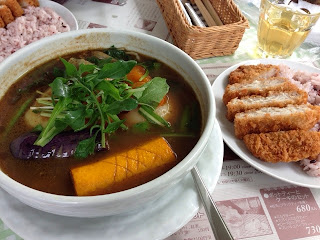 I also enjoyed some German sausage and beer at a cool pub in Otaru, a city near to Sapporo. The two best parts of the trip didn’t happen directly at the festival though, the first was seeing the famous penguin walk at the Asahiyama Zoo. The zoo itself is a frozen tundra at this time of year with less than ideal conditions for the animals (such is the case for most zoos in Japan), however the penguins seemed perfectly OK in the snow and every few hours they do a march around part of the zoo. It was one of the cutest things I have ever seen!! It is a ways out from festival, but well worth it! 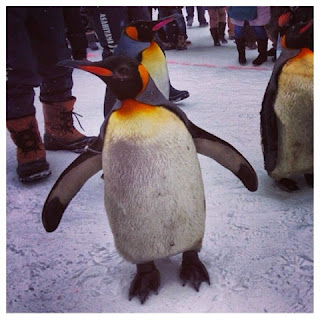 The other highlight of the trip was going on a drive to a smaller snow festival, and stopping at the lake to see this stunning volcano. It was a relaxing and breathtaking way to end the weekend. 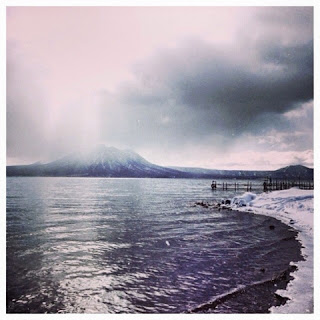 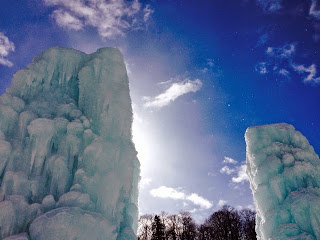 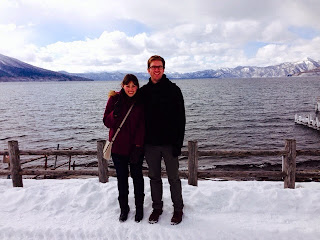 When I decided to come back in May to visit my boyfriend I wasn’t expecting too much. The last time I was in Hokkaido it was freezing cold and 99% snow covered so I couldn’t really imagine the lush green and blooming flowers that greeted me! The weather was even fairly warm (as warm as it’s gonna get up north) We didn’t plan to do too much, but we did go to a really cool park. We also wandered around Sapporo and enjoyed the local Yosakoi festival, which is basically large ish groups of dancers in elaborate costumes dancing all over the city. It was pretty cool! 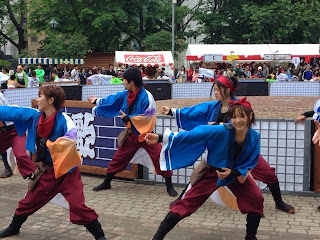 Japan is so good at festivals! Spring/Summer is definitely a good time to visit! Oh and  I also saw the new X-men there and fulfilled my desire to drink a caramel macchiato from Starbs. Tottori is so inaka that I sometimes forget that almost every other prefecture has Starbucks and movie theaters with English films! 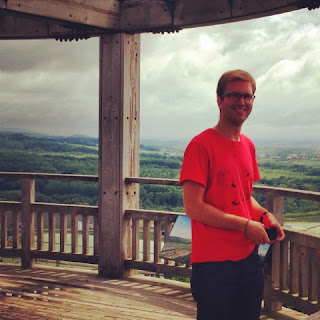 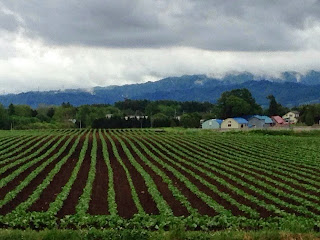