This spring break I had the pleasure of hosting my parents for round two of their Japan travels. This time around we planned on just relaxing in Tottori, and then heading to Tokyo for a few days. Since they were coming during hanami season I wanted to make sure they could experience the sakura watching, but other than that I had no big plans. One thing I wanted to do was take them for delicious meals. Tottori is a quiet city, but we have some fantastic dining options, from quaint cafes to sprawling ones that overlook the sea. Although jetlagged I first took them to Cafe Source. It was a Sunday which meant Cake Viking. At Cafe Source this means an option to order 'all you can eat cake'. Yup, it's like a nomihoudai but with cake. It is a dessert lovers dream. We opted for regular pasta sets and then shared a moffle at the end. A moffle is a waffle made with mochi. It is as delicious as it sounds, and it was a fun start to their culinary experience. We also ran into four of my friends, two Japanese and two ALTs. The perks of a small town!! 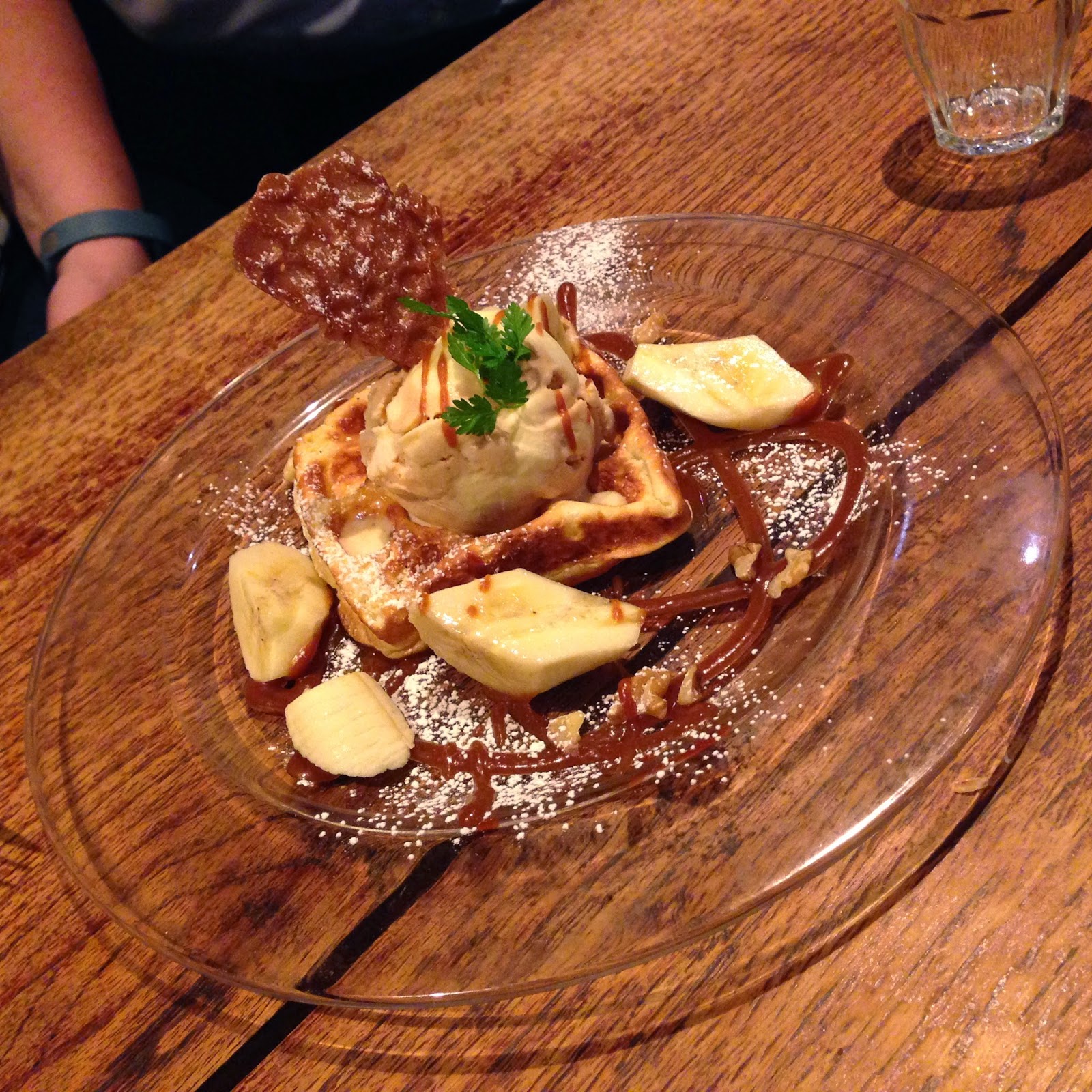 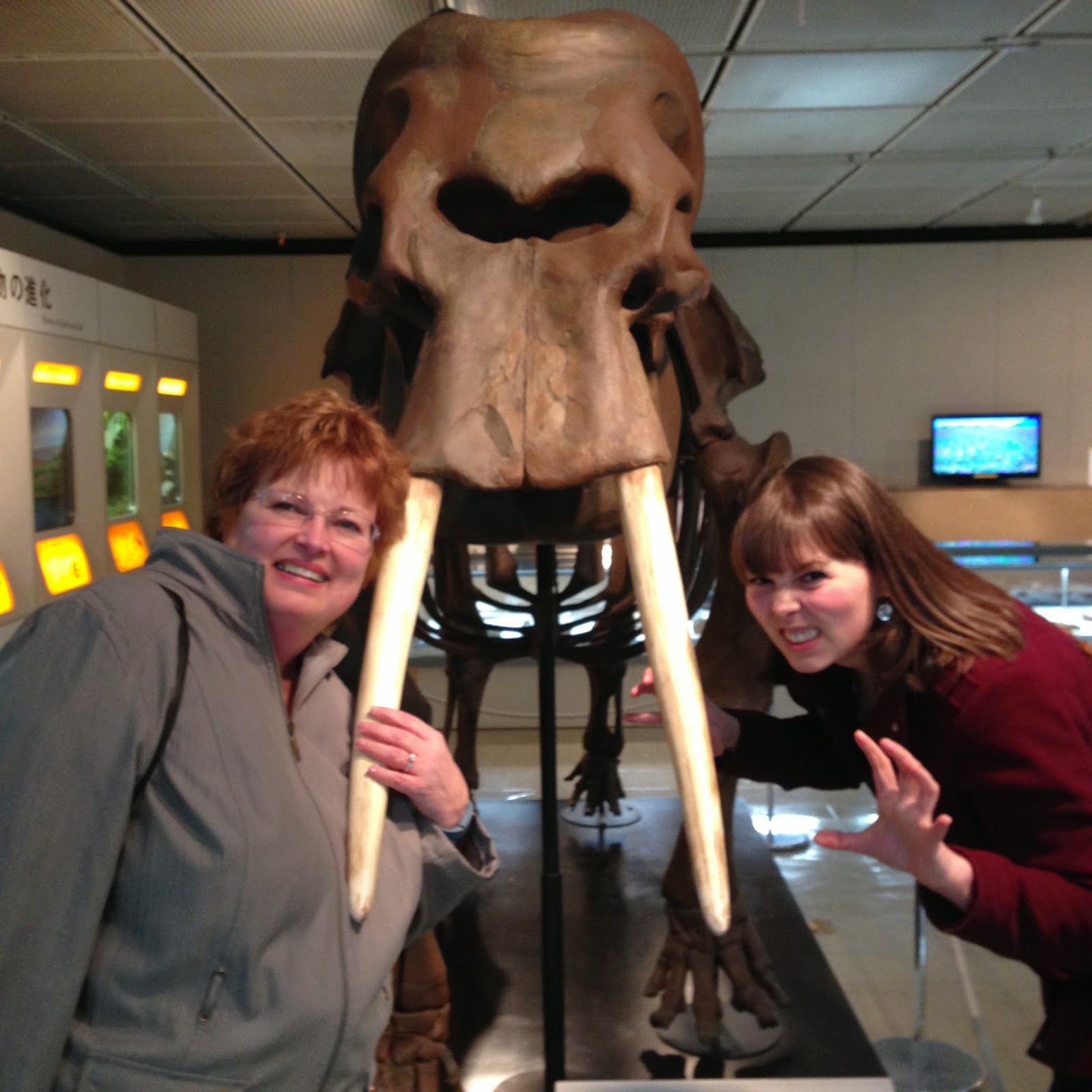 Over the first week we stayed in Tottori and when we were not munching on treats we managed to see some sights. This time around I took my parentals to the prefectural museum. It's a stones throw away from the high school I work at, and the local 100￥bus runs directly by it. We hopped off and were transported into all things Tottori. We learned about the natural and enviornmental history of the city, as well as a historical tour of an ancient home. Even without being able to read the exhibit descriptions we could enjoy the history of my city 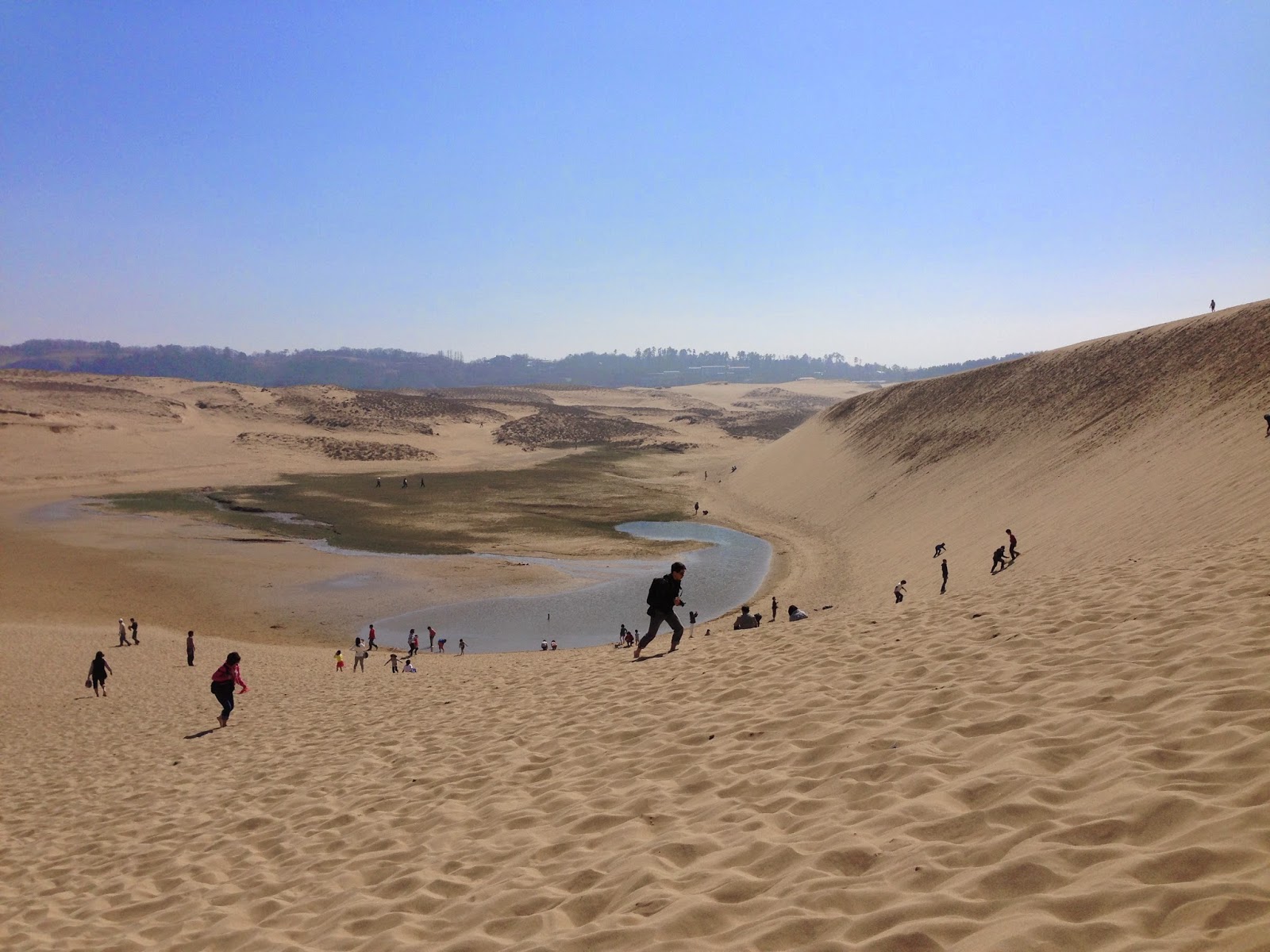 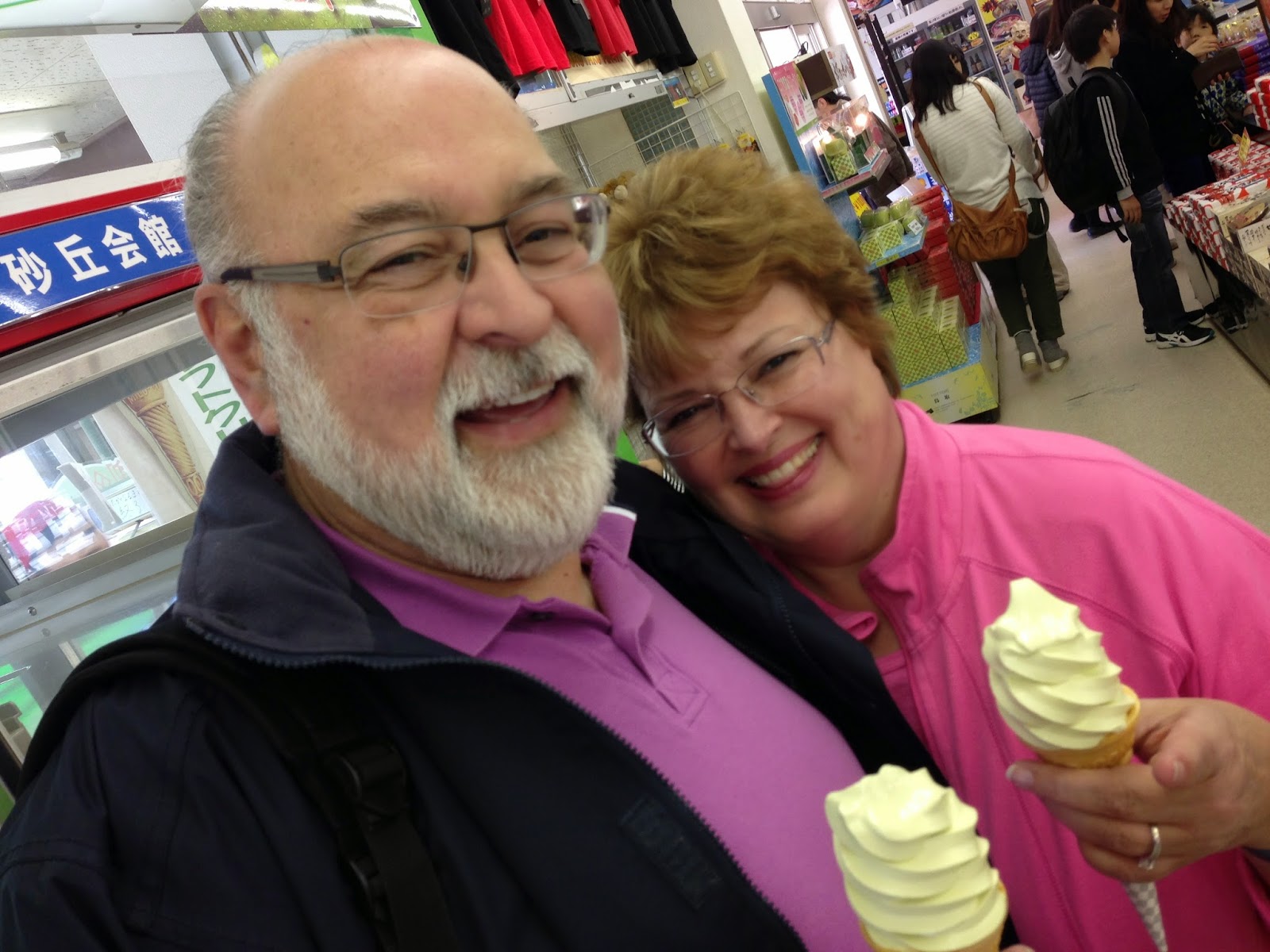 On another day we decided to visit the sand dunes again, and to make a stop at the sunset cafe. We used the 1000￥taxi which is a tourist taxi service that runs from Tottori station. You get a taxi for up to 3 hours and for the flat rate of sen-en. It is a brilliant deal and although they offer tourist packages (which take you to three locations) you can also create your own route. After the sand dunes our driver (who was fantastic!) took us down a back road to show us where the camels come from (a cute camel farm!) and to see some shallot fields and a pear farm. Totally unexpected and a really unique experience. He then dropped us off at the Sunset cafe. Overlooking the sea of Japan this washed out cafe features giant windows that give beautiful views of the crashing sea. My Dad commented that it felt like Malibu, and it definitely does feel like you are on a beach vacation there! We ordered some pita sandwhiches that were surprisingly spicy with added wasabi, and it was a restful afternoon. 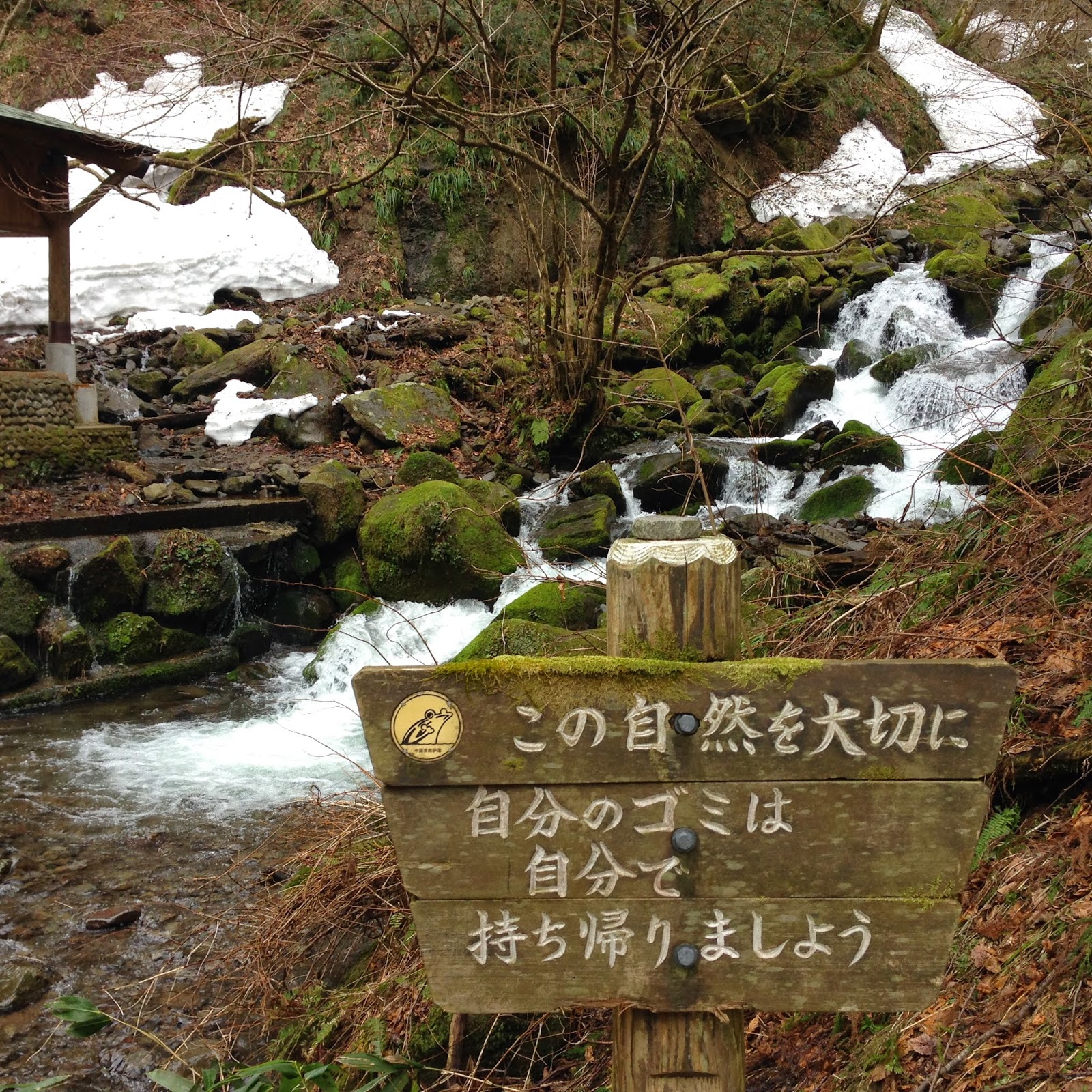 We also wanted to see some sights that required longer distances (the tourist taxi only travels within Tottori city) so we rented a car for one of our last days in Tottori. Our first stop was Amadeki waterfalls. Although the snow was still packed we made our way down the steps and came to the enchanting falls. It was gorgeous, and I think I will definitely have to go back in the summer when the snow has melted. 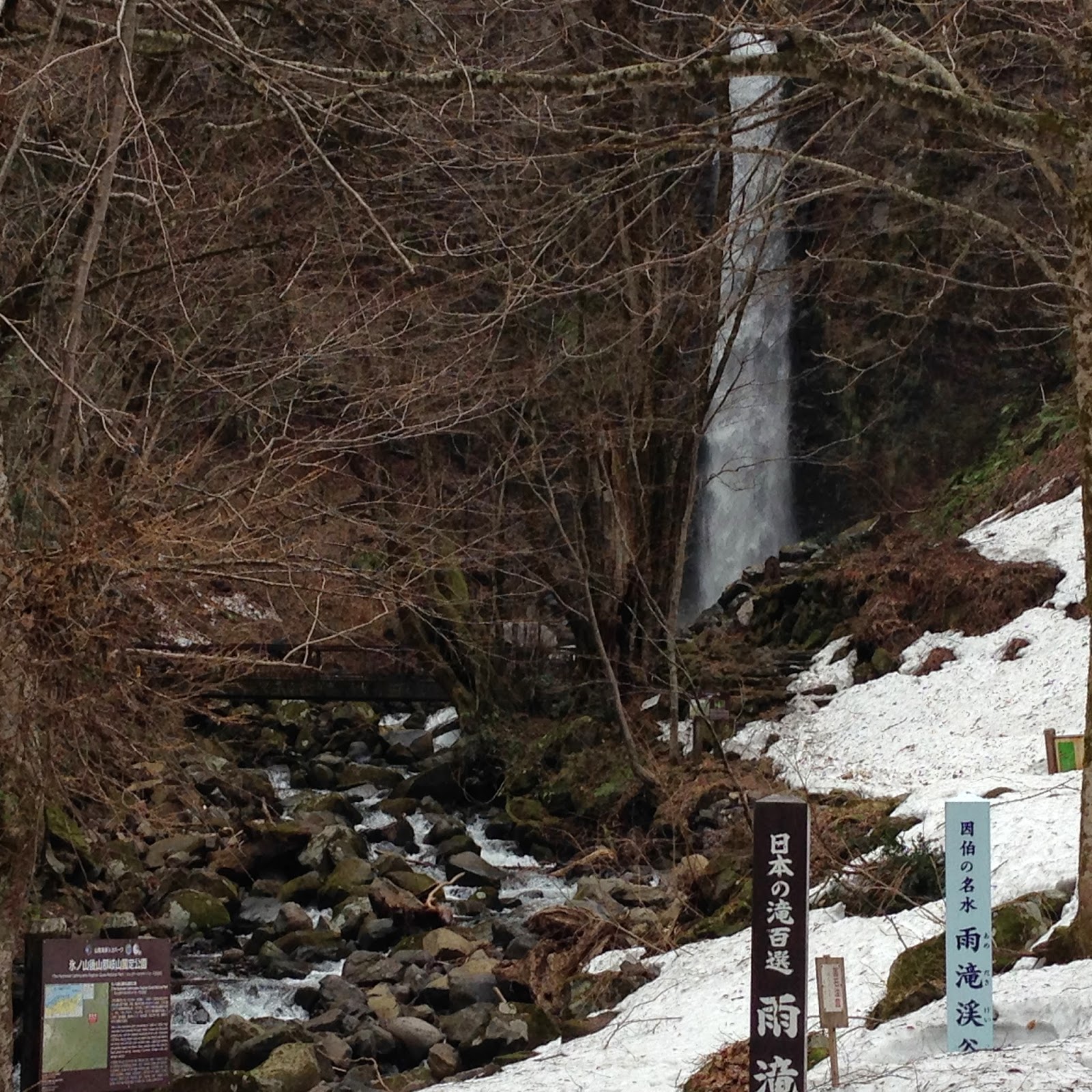 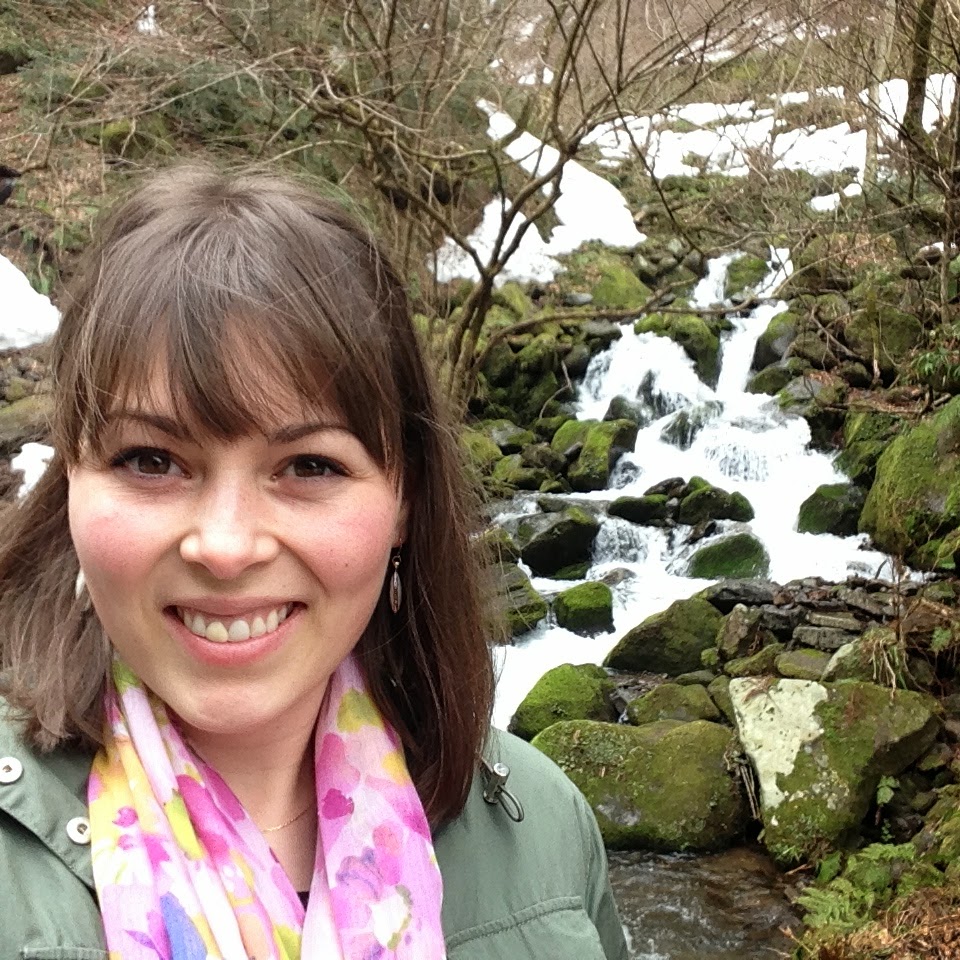 After that we drove to Yonago to check out the Tottori Flower Park. Touted as the largest flower park in Japan we were still surprised at the vast expanse of flowery fields and exhibits. A stand out is at one edge of the park which has a gorgeous view point of Daisen, a mountain that rivals Fuji in beauty. There is also a really great restaurant inside the park, which had a great katsu curry set that we all enjoyed. If you decide to head out to the park the rates are reduced if you show a passport or foreigner card. As well, after about 5pm the park is lit up for a nighttime viewing experience, and the price drops again as it becomes a 'twilight' entrance fee. After the park we drove into Daisen town to check out Daisen as close up as possible. We were hoping to snag some good Daisen soft cream but unfortunately the ice cream shops, and everything else for that matter, were closed. We got some beautiful pictures of the mountains though that were stunning. 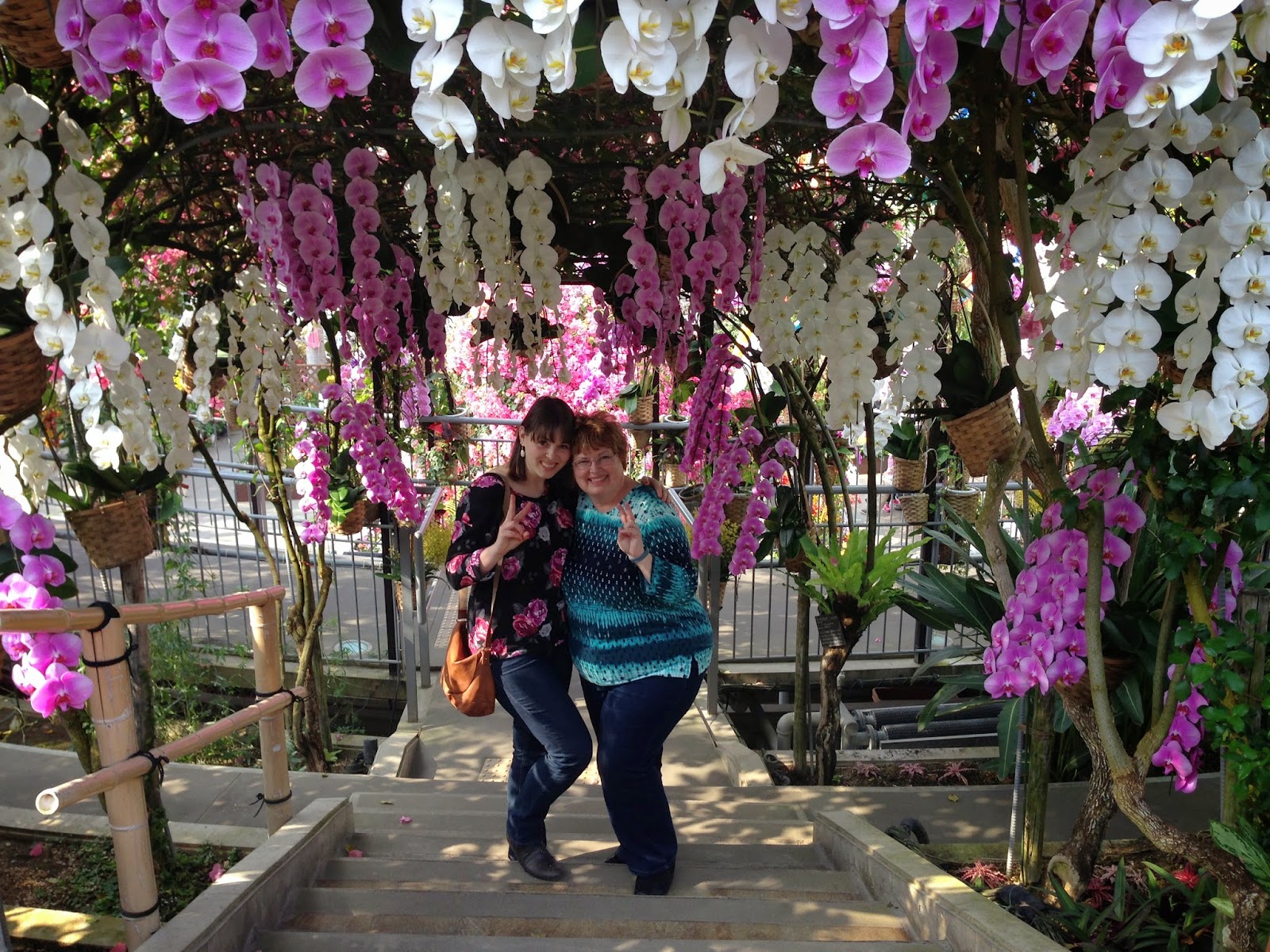 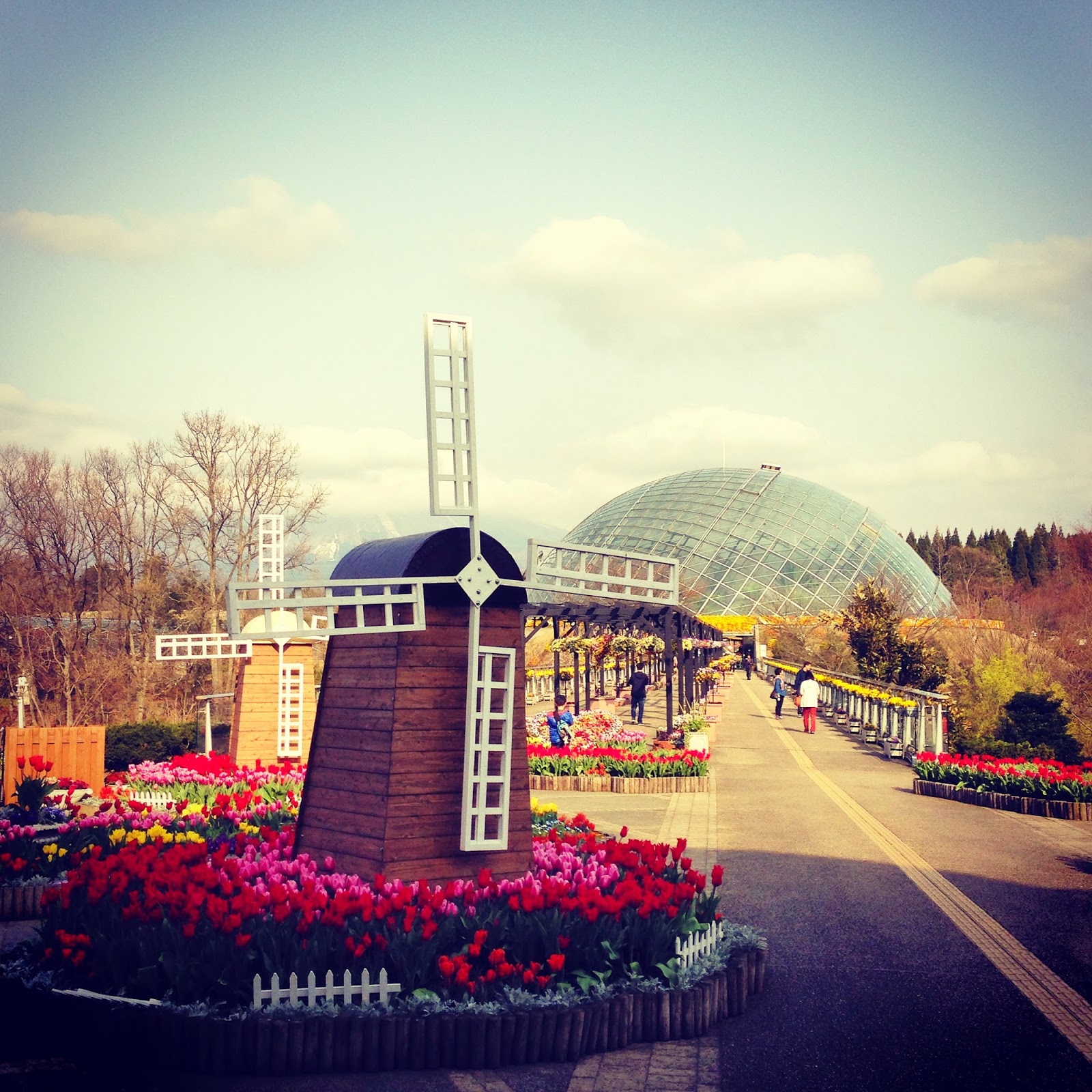 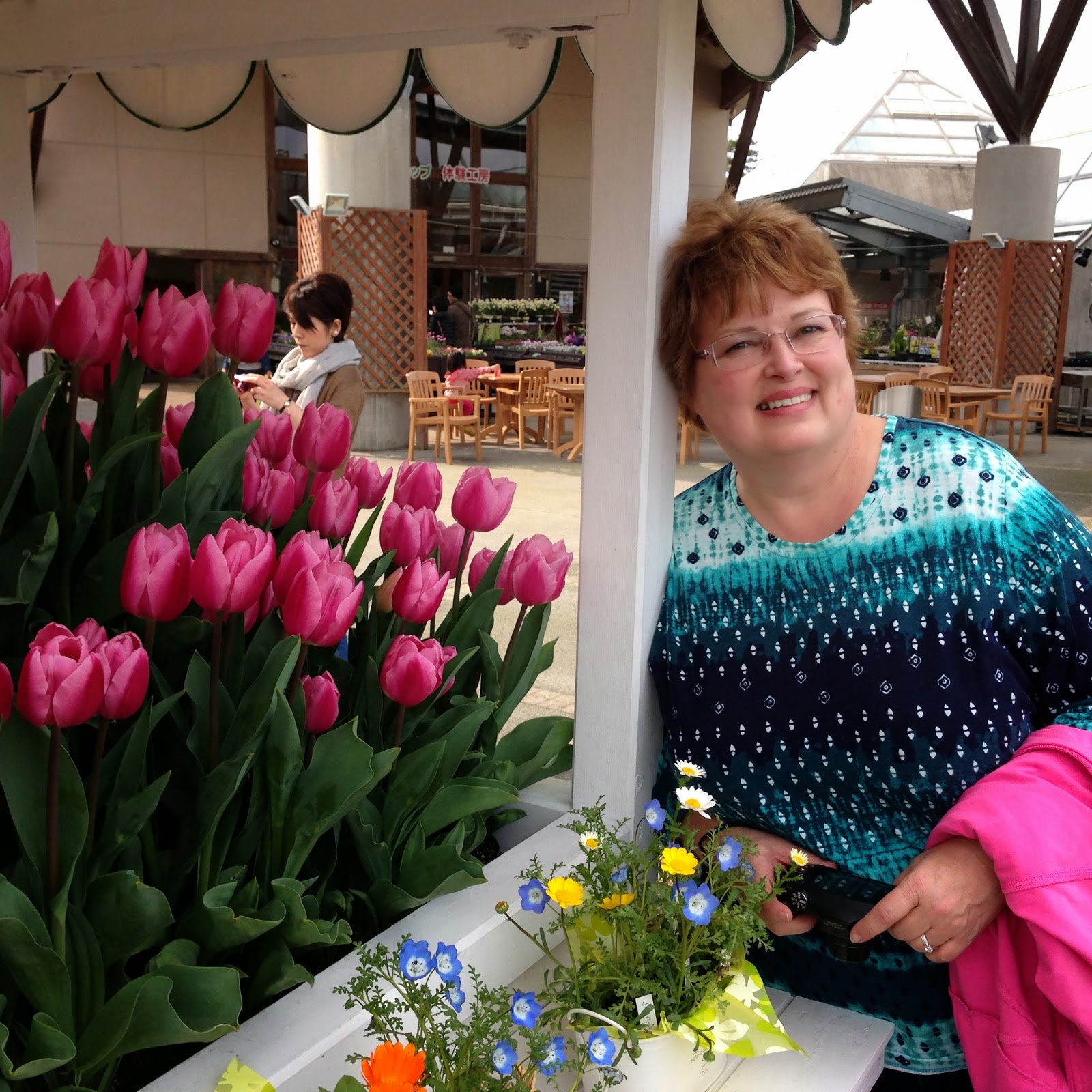 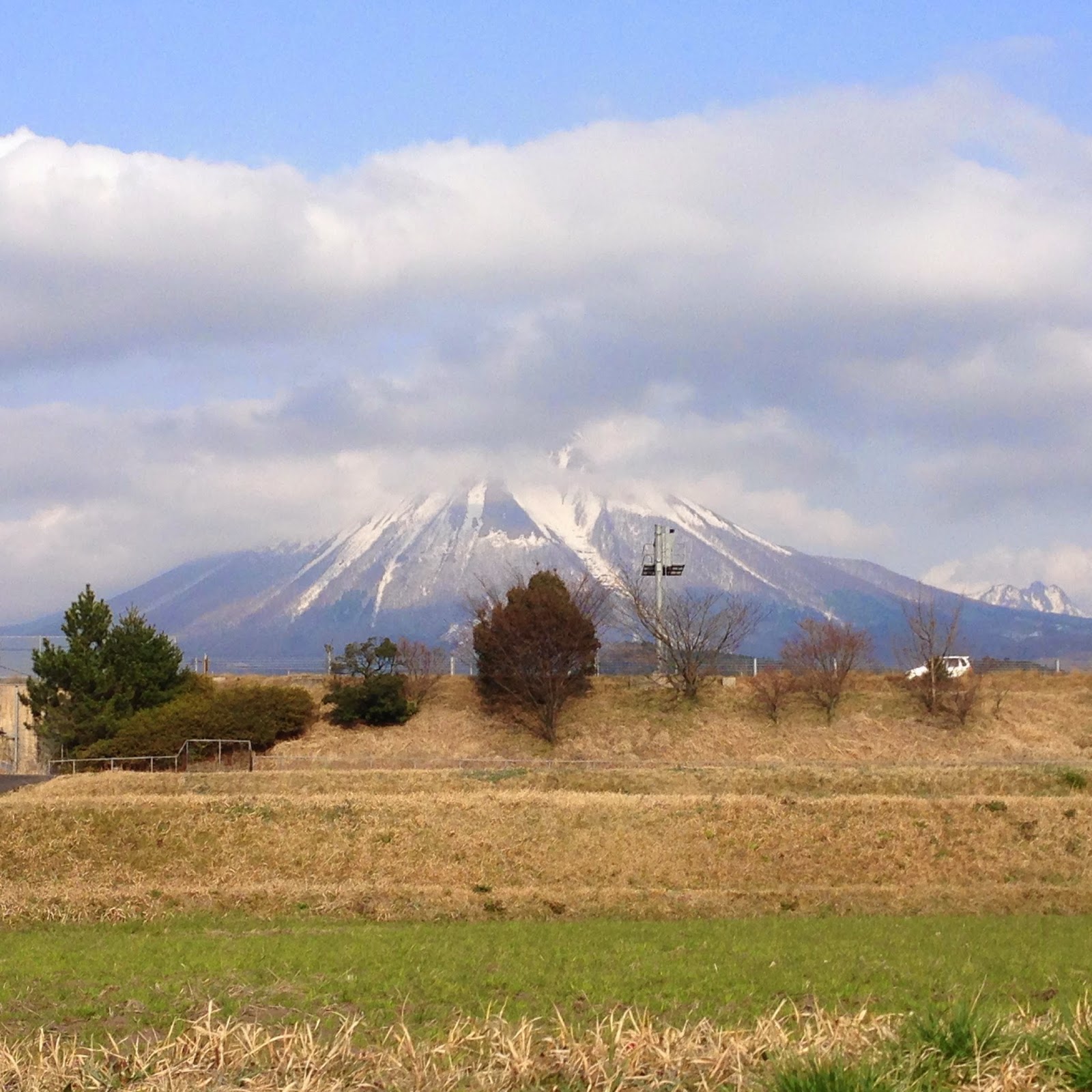 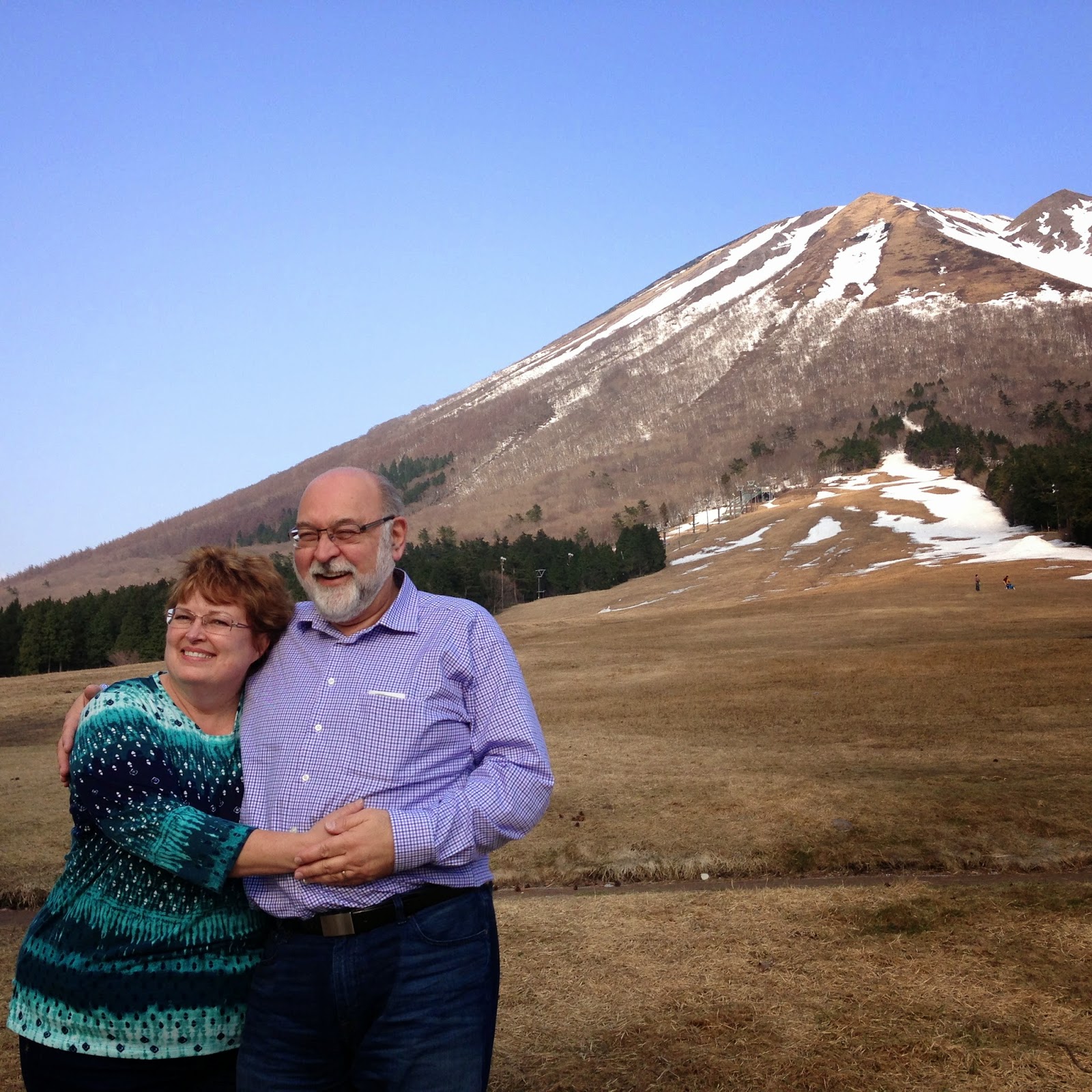 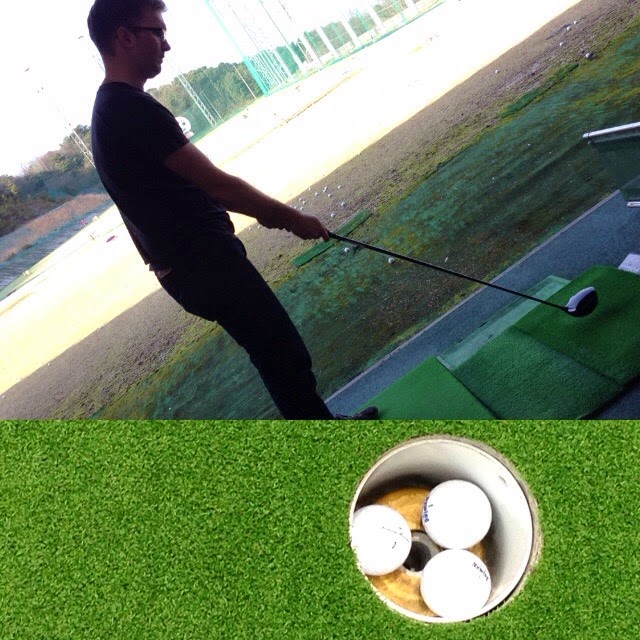 On another day my family and I decided to go shoot a bucket of balls. We made our way up to Tottori Golf Center, which has a stunning view of the countryside, and bought our 2000￥ticket which gives you 160 balls and club rentals. It was a little intimidating at first, because I think we were literally the only gaijin to have ever golfed there, but it ended up being a blast and we even bought a second ticket.

Some of the other meals my family enjoyed included 100￥sushi, Enya, Doma Doma and Cafe Green Park. We also tried specialty mochi from Shamine mall, and I discovered just how good the raspberry cream mochi is!! 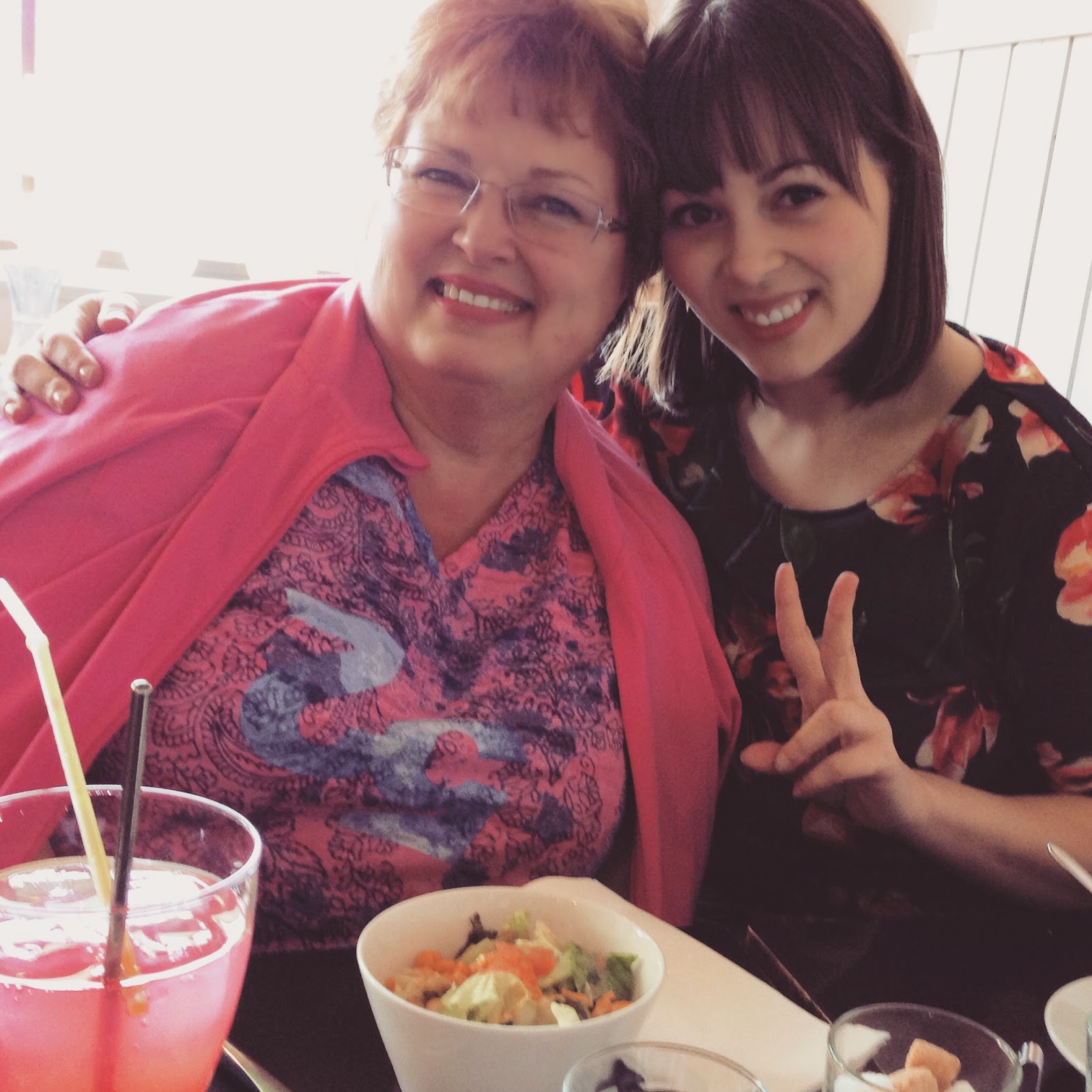 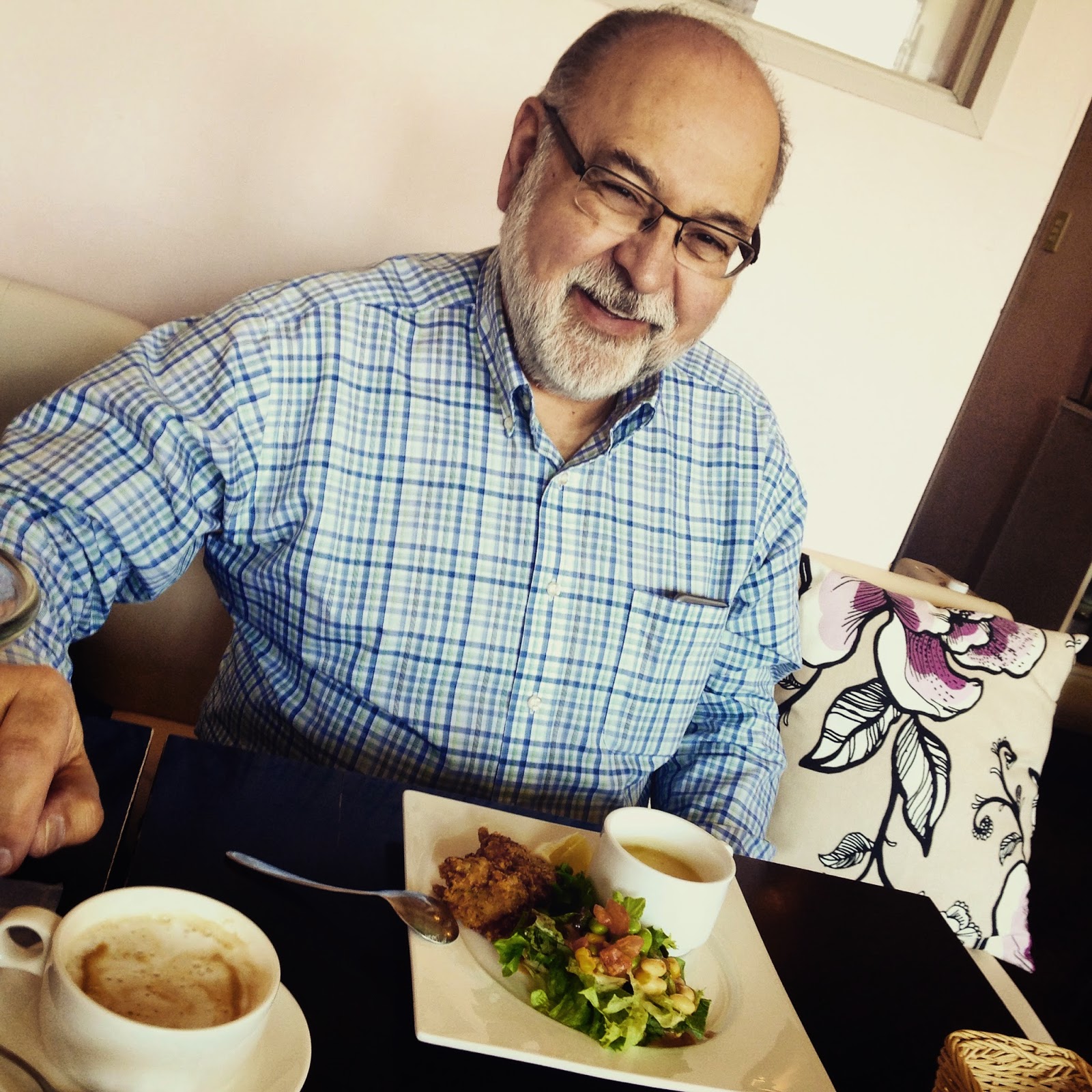 Tottori was an awesome time. It may be the smallest prefecture and the least populated, but it makes up for it in natural beauty and the kindness of it's residents. If you live in any of the nearby prefectures it is definitely worth at least a day trip!
Posted by Kia at 05:36