Last weekend here in Tottori has been spent wrapping up Christmas shopping, packing up things that wont be returning to Tottori in January and fighting off our first real dump of slushy, snow.

On Saturday after a lazy sleep in I headed to Tottori station to meet some friends for Starbucks. We are the only prefecture in Japan wihtout a starbucks, and for good reason. Tottori is the least populated prefecture in Japan and is known for supporting our local community. That means we have copious amounts of hole in the wall coffee houses with cozy atmospheres and flowing coffee. Last year however it was announced that we would get our own Starbucks sometimes in summer of 2015, so this past weekend they decided to run an event to get an idea for the general reaction. Well judging by the crowds the reaction was a lot of love! Greeted by cheerful baristas we were given the choice of a free latte or americano. Afterwards Anna, Sarah and I followed it up with a visit to Birds Nest cafe.  Birds Nest was an おすすめ of an old JET and I recently stumbled upon it myself. It is a tiny room filled with stacks of books and blankets if you get chilly. Customers tend to come alone to read or work, but it still has an inviting atmosphere for sharing a coffee with friends. We ordered salmon and cream cheese stuffed sandwiches, and they didn't disapoint!

In the evening a few of us headed to 鳥取砂丘 to enjoy the Christmas illumination. I had heard it was something of a small town gig so went into the experience not expecting too much. When we arrived the snow began coming down in giant flurries for the first time of the season and we were greeted by a spectacular display of twinkling Christmas lights. The dunes themselves were lit in small sections with one or two larger lights creating an eerie feeling. The stairs leading up to the dunes and the surrounding area was where the true illumination was, with everything from kangaroos and camels to a reindeer and his sled. It was sparkly and bright and made me forget I am in a country that doesn't have any idea what the meaning of Christmas is. Japan is so good at celebrating things, even when they have no idea what they are celebrating. After the lights a group of friends came over for wine, apple crisp and custard (thanks Karen!!) and games. It was a good, late, funny, relaxing and Christmasy evening. I think 2014 was a pretty good year. 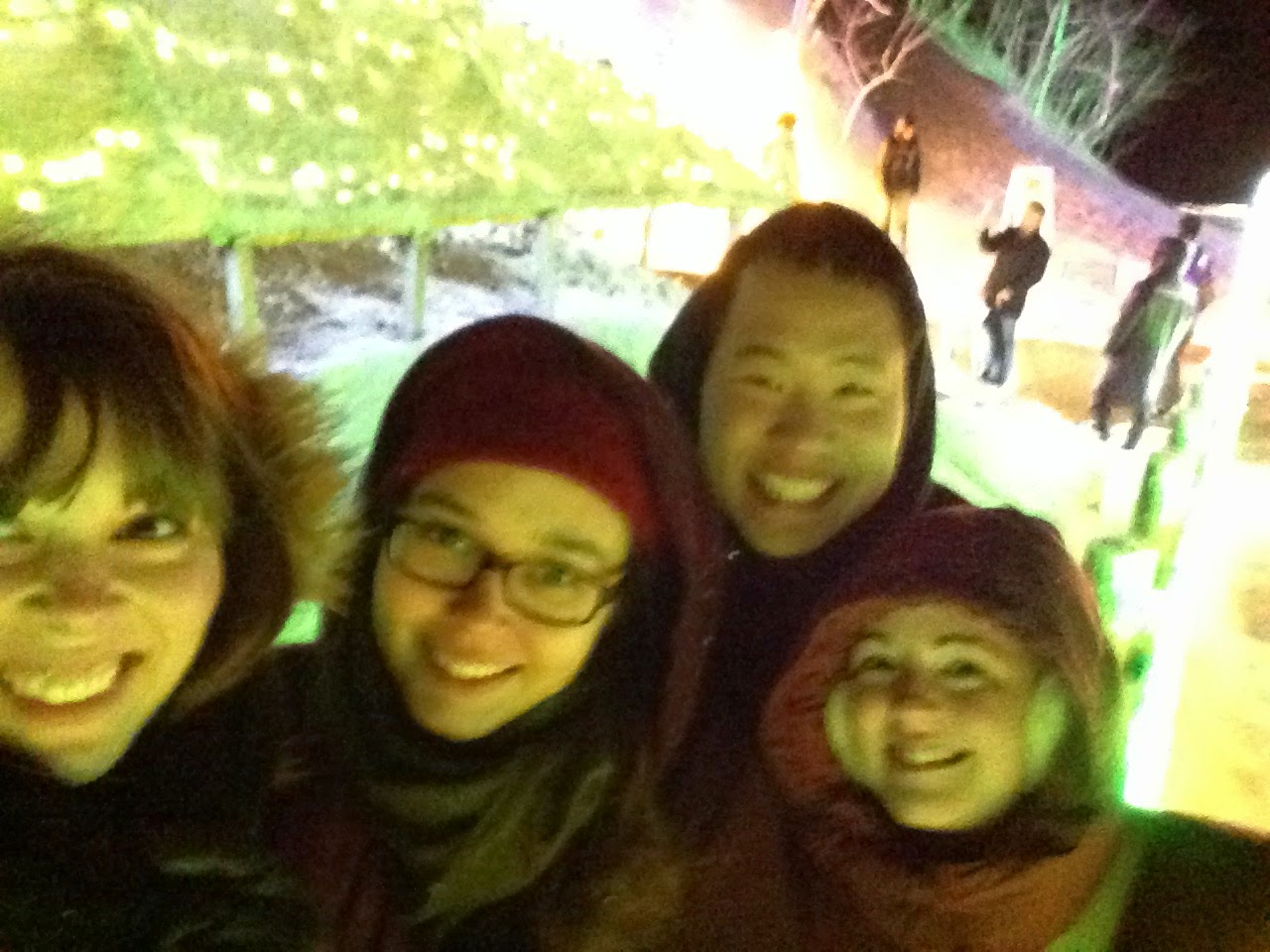 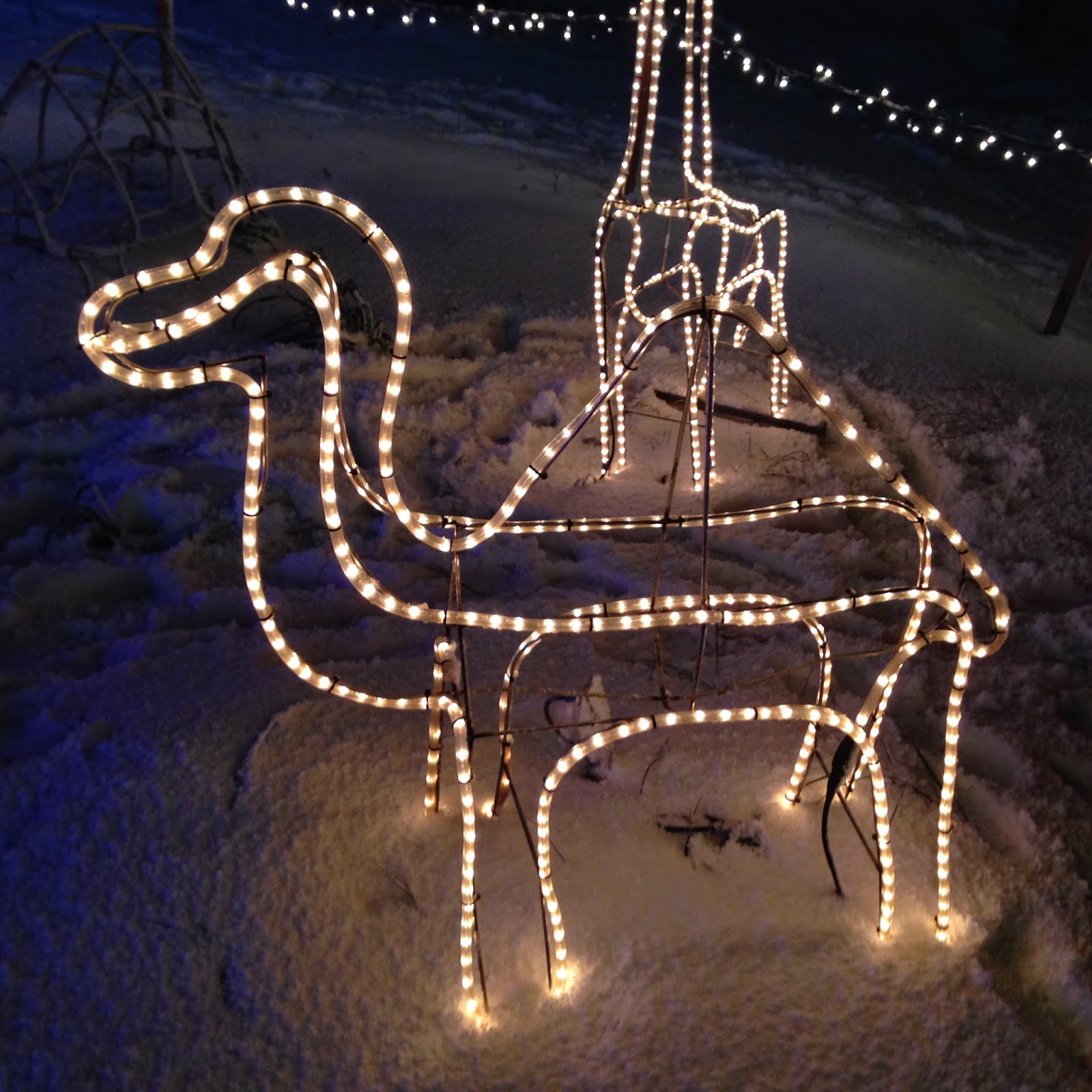 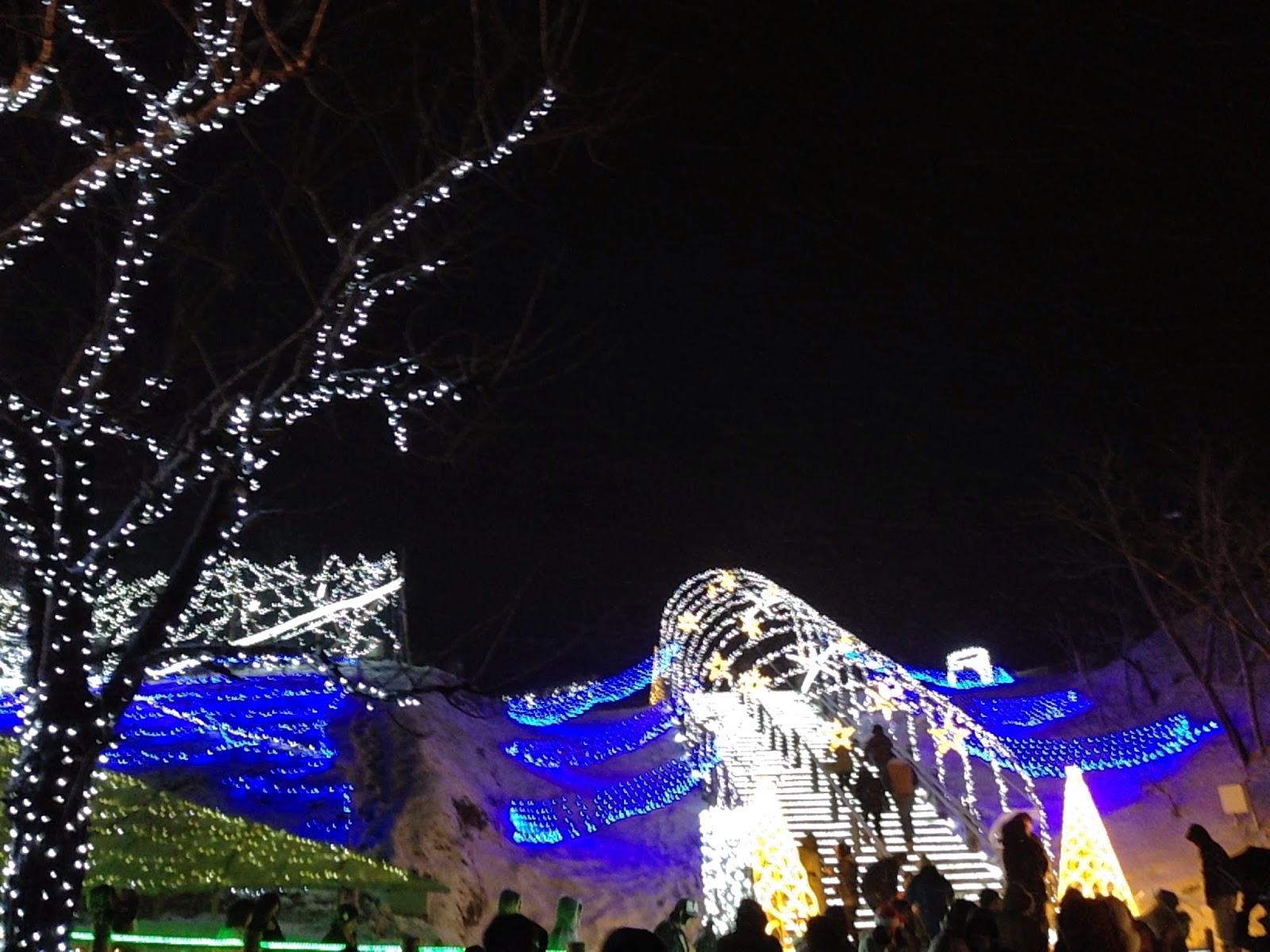 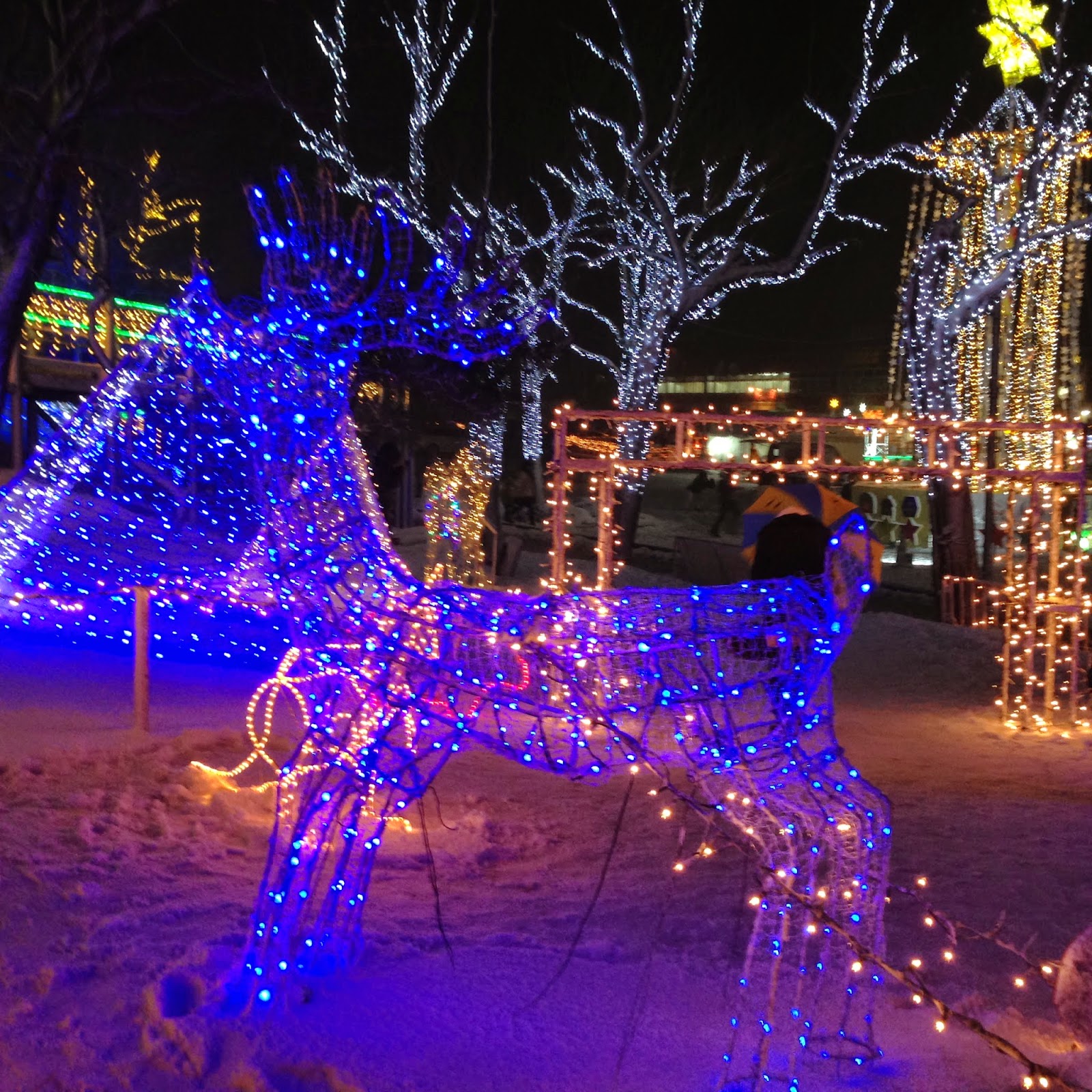 This morning I woke up to a blanket of wet, slushy and clumpy snow. I forced myself out of bed and went to church because it was Kiri Sans last Sunday. She was an engineering students at the University who came for an internship for 9 months to Tottori. She also happened to be a part time Canadian and it was awesome to have another English speaker to talk to. She blessed the church by singing some songs and leaving a guitar for the church to use. She also sang 'You raise me up' at the end of the service. It was so beautiful. She has a wonderful voice, but somehow sitting there on a snowy Sunday morning surrounded by fellow believers it reminded me of what the reason for the season is. God has continually raised me up this entire time, as I have sometimes struggled to adjust to this foreign country. It just remined me again of how lovely my church here is, and how kind they have been to me. A christian community will surround you no matter where you are, and that is such a gift!
Posted by Kia at 03:53